Reńee Brinkerhoff of Colorado stands in a class all her own. An accomplished extreme-rally racer, she was the sole female driver out of 300 participants in Targa Tasmania. She drove the first classic car to ever compete in Caminos del Inca in Peru. And she’s the first and only driver ever to have raced on all seven continents.

But it’s her commitment to using her success as a means to combat child trafficking that gives her life meaning.

Not bad for someone who never raced a car before turning 57. 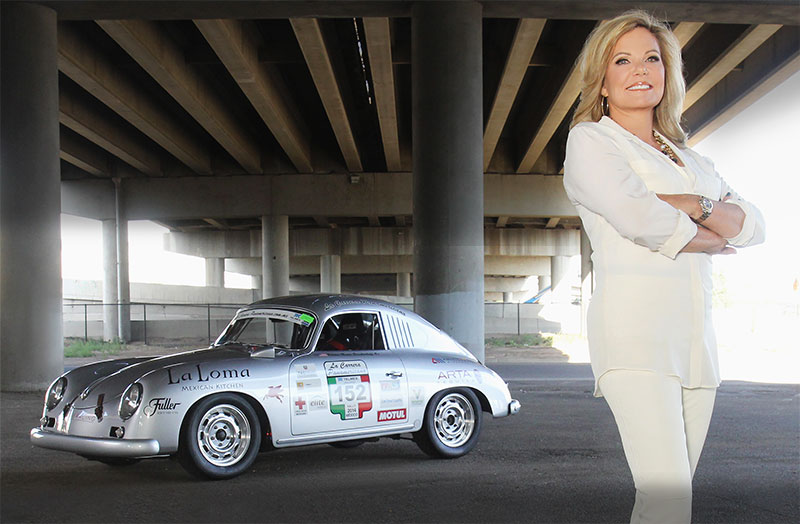 Brinkerhoff, along with her daughter Christina, who works with her mother, will bring her car and story to Hilton Head Island this month for the Concours d’ Elegance & Motoring Festival.

The sudden switch from “supermom” of four to nerves-of-steel race car driver happened after her children left for college.

“My life was consumed seven days a week, and then it was quiet,” she says. Quiet enough that while folding laundry, she heard an inner voice declaring, “One day I’m going to race a car.”

It was a thought she had heard before, but never paid attention to it. 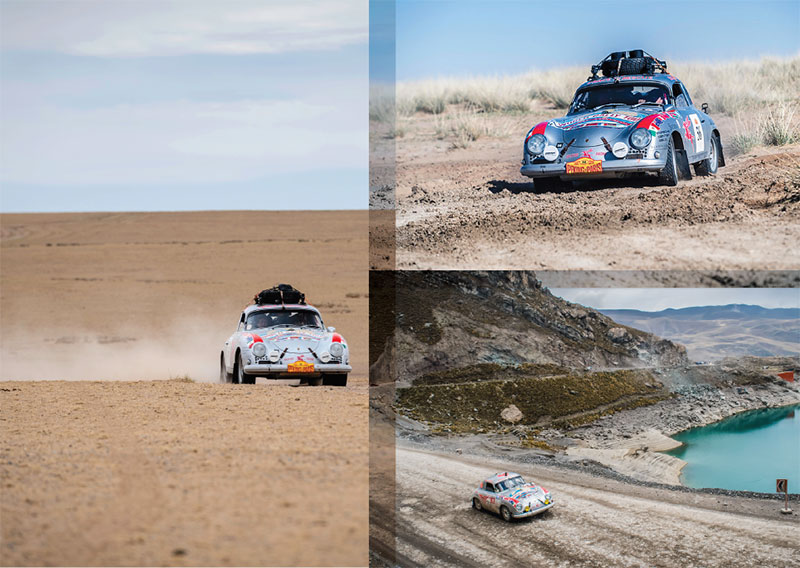 “Now what am I going to do with that?” Brinkerhoff wondered. “For my own self-respect, I didn’t want to be at the end of my life and say that I never did it.”

So, she did a little research.

“Not more than an hour,” she confesses, “and then I reached out to my husband’s cousin who had once raced a Corvette.”

A ride in his recently purchased Porsche 356 set everything in motion. 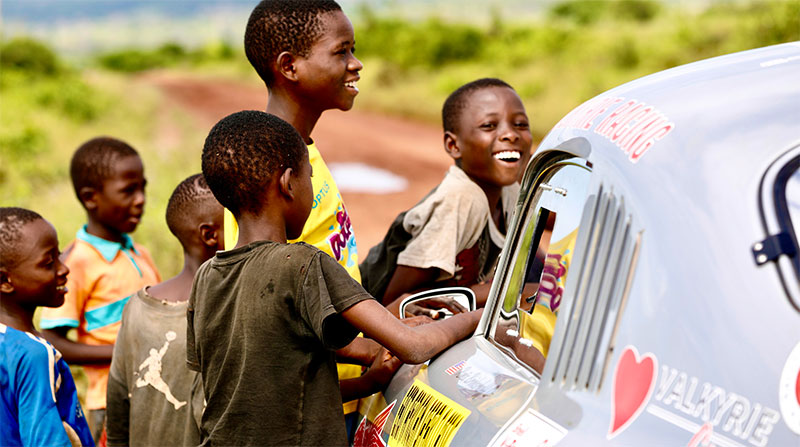 “It sounded and felt like my little souped-up VW Bug I had when I was 17,” she says, deciding then that she wanted to race a classic car in the challenging circuit of road rallies because it sounded “super exciting.”

She bought a 1956 Porsche 356A with hopes of entering the upcoming seven-day, 2,000-mile La Carrera Panamericana race in Mexico, only to discover that the car had numerous mechanical issues.

While talking to the mechanic, she learned that one of his customers was registered to do that very race with the same model car and his co-driver had bailed on him.

The two got in touch and — voila! — Brinkerhoff was headed to Mexico, where she filled in as both navigator (person seated next to the driver) and driver. It proved to be the perfect opportunity to “get her feet wet.” 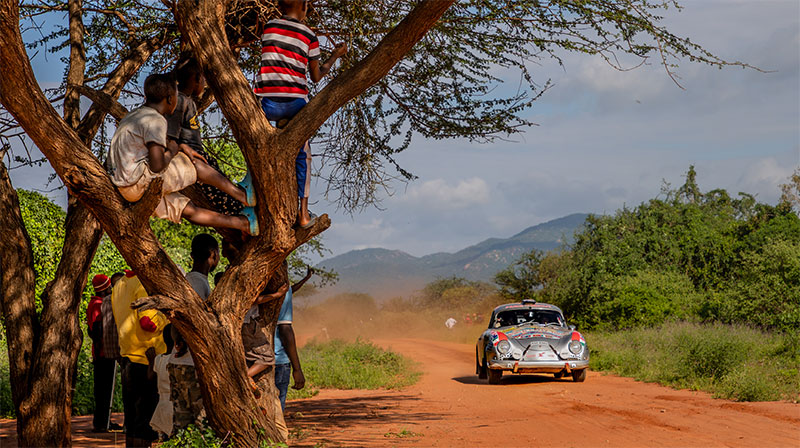 Christina, a photographer and talent agent in Los Angeles at the time, came along to photograph her. Her recall of the event is still laced with trepidation.

“The first day there were two brothers who died, days later four or five cars went off a cliff, and on the seventh day, a guy had a heart attack,” says Christina. “It was this huge baptism by fire, and I distinctly remember seeing my mom before she went out to race in our hotel room, and she was on her knees praying.”

Despite the danger, Brinkerhoff wanted to continue. She spent the entire next year developing her own car, finding a navigator, and figuring out how to get her car to Mexico. 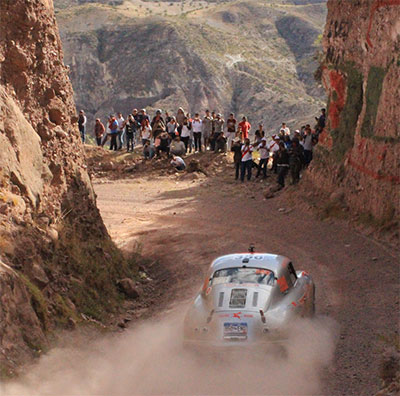 “It’s hard to explain,” she says when asked about why she kept going. “All day long it’s just you, the car and your navigator – what I call ‘the trinity’. You’re pushing the envelope, feeling the thrill of adrenaline, and having to face all kinds of things – your strengths, weaknesses, and fears. It’s an amazing sense of being alive.”

In 2013, Brinkerhoff returned to Mexico, distinguishing herself as the first female to win her class in her debut race. She’d go on to podium three more times.

With each success Brinkerhoff wondered how she could create a platform for a bigger cause.

Not believing in coincidence, she says she was divinely guided to find answers.

In 2013, Brinkerhoff and her son William were home together when he showed his mother a picture of a woman with wings flying on a horse.

“That’s cool,” she said, learning it was the image of a Valkyrie, a Norse woman warrior.

Loving the image of strength, Brinkerhoff christened her team Valkyrie Racing. Only later would she learn that the warriors were known for their ability to rescue the dying and wounded and bring them back to life.

Her “cause” appeared after striking up a conversation with a man on a tour bus. She learned he was an undercover FBI agent in search of child traffickers, and his stories were shocking. Months later, Brinkerhoff caught a man viewing child pornography on his phone and took it as a sign that she had to get involved. 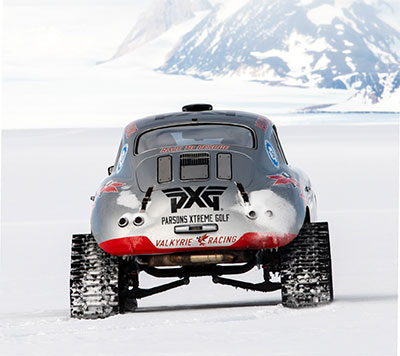 To help manage the charity as well as the growing list of paperwork, travel arrangements and social media needs, Christina came on board fulltime in 2019. Still photographing, she’s also guiding a documentary project about her mother and the Valkyrie team.

“All the charitable giving, 100%, goes to organizations that we’ve vetted,” stresses Christina.

In addition to building shelters, providing funds to prosecute traffickers, and even purchasing plane tickets to reunite rescued children with their parents, the mother-daughter duo has also done their share of undercover work.

When the two brainstormed about how to attract more attention to their cause, Brinkerhoff decided on the goal of racing on every continent.

One by one, she checked off the boxes. She raced from Peking to Paris, through the Andes in Peru, along dirt roads in Africa, and most recently across the frozen landscape of Antarctica.

Along the way she dealt with desert dust-clogged engines, bribes in one country to free her car from customs and fabricating car parts when backup supplies didn’t show up on time.

Still smiling, both mother and daughter agree: “It’s been an amazing journey.” 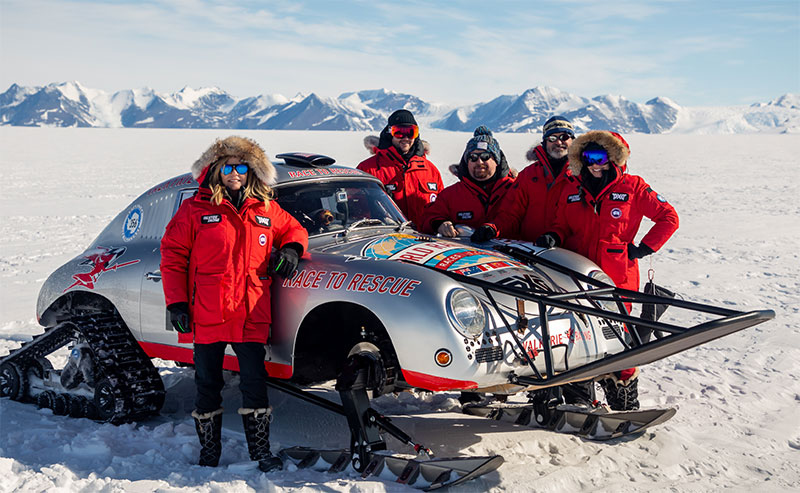