A GOOD BOOK MAKES FOR A GREAT DAY OF RELAXATION. A BOOK BY A LOCAL AUTHOR OR ONE THAT HIGHLIGHTS THE LOWCOUNTRY IS EVEN BETTER. HERE ARE SOME RECOMMENDATIONS FOR ENGAGING AND INFORMATIVE READS. 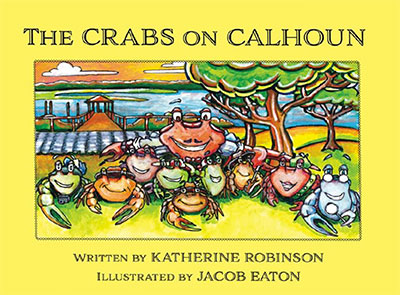 THE CRABS ON CALHOUN,
KATHERINE ROBINSON

Katherine Robinson, a Bluffton resident, has published a children’s book, “The Crabs on Calhoun,” which gives personalities to fiddler crabs in a “whimsical story” that brings them to life.

This book details the lives of the 10 bronze fiddler crab statues that can be found along Calhoun Street in Bluffton’s historic district. She used the help of 42 children who read the manuscript to get their input.

“The Crabs on Calhoun” was inspired by the class project created by the Hilton Head Island-Bluffton Chamber of Commerce Leadership Program in 2015. Robinson donated to that project and was enchanted by the bronze fiddler crabs placed in Bluffton’s Historic District.

“One of the things I am most excited about is the real-world interactive nature of this book. It is more than just a story,” she said. “It can be used as an actual map for a real scavenger hunt.”

Following each illustration are photos of the area around that crab’s location with some history and facts about Bluffton, a news release said.

Robinson is the former human resources director of the Town of Bluffton. 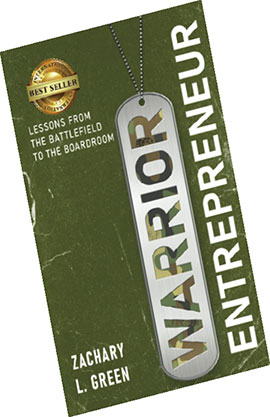 Hilton Head resident Zachary Green is a U.S. Marine Corps veteran and former lieutenant of a fire department. He is the founder and former CEO of MN8 LumAware/Foxfire. His life experiences in the military, firefighting and as an entrepreneur helped him realize that those careers have a lot in common.

Green’s book, “Warrior Entrepreneur,” explores using adversity as an opportunity. It highlights “grit, teamwork and adaptability.” Green, a member of the USMC Parris Island Living History Detachment, offers lessons from the “battlefield to the boardroom.” The chapters include research on the history of warriors, the neuroscience behind fight or flight, and how adversity makes you grow.

Green shares stories from how he began his company out of the trunk of his car to its growth as a multi-million-dollar business.

The book contains pillars of a successful entrepreneurial plan and the importance of having confidence.

“Be confident, and do not let the people around you bring you down,” Green writes. 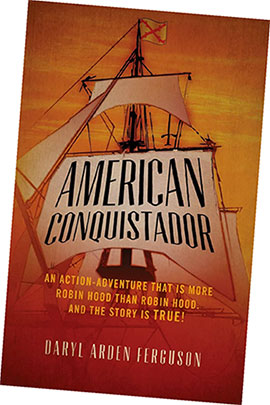 Beaufort resident Daryl Ferguson, with the help of two top historians, explores the history of the Spanish town on Parris Island and posits that Beaufort County had a part in the founding of America.

The book is full of historical surprises, a news release said. The first is that Spain landed on the southeast coast that is now known as Hilton Head Island and Port Royal Sound in August of 1526 (almost 100 years before the English landed at Plymouth, Mass.)

By 1529 Spain placed one name on their sailing maps: the Punta Santa Elena. The “Punta” was Hilton Head Island, according to the book. The “Santa Elena” was the large harbor behind it, Port Royal Sound.

“American Conquistador” also tells the story a 16th-century cross-Atlantic race between Spain and France to settle in North America.

The book’s research says Spain became the first country to establish a European settlement on North American soil in 1569, which it named Santa Elena.

Ferguson is the past president of Citizens Utilities, a Fortune 500 Company.