Nearly 15 years ago it became a holiday tradition for local organizations to adopt a station to decorate for an annual Christmas lights tour. As the story goes, the crew at Hilton Head Island Fire Rescue Station 3 “started taking it to the next level,” and destiny took it from there. While local businesses and individuals provide donations, crews pool their own funds to purchase most of what’s needed — inflatables, trees, cords, and of course lights — so many lights that, strung together, they’d circle Station 3 five times. Close to a mile of lights.

In 2007, Hilton Head Island Fire and Rescue centered all its efforts behind the station at 534 William Hilton Parkway, and every year since, it’s shined brighter, drawn more crowds and grown to impact kids’ lives in increasing measure.

It’s not easy (they start in October) but according to Deputy Chief and Fire Marshal Joheida Fister, “When we see that first car drive through and all the smiles, it is all worth it. It’s magical for the kids and rewarding for us. Families love tradition, and so does the fire service.” 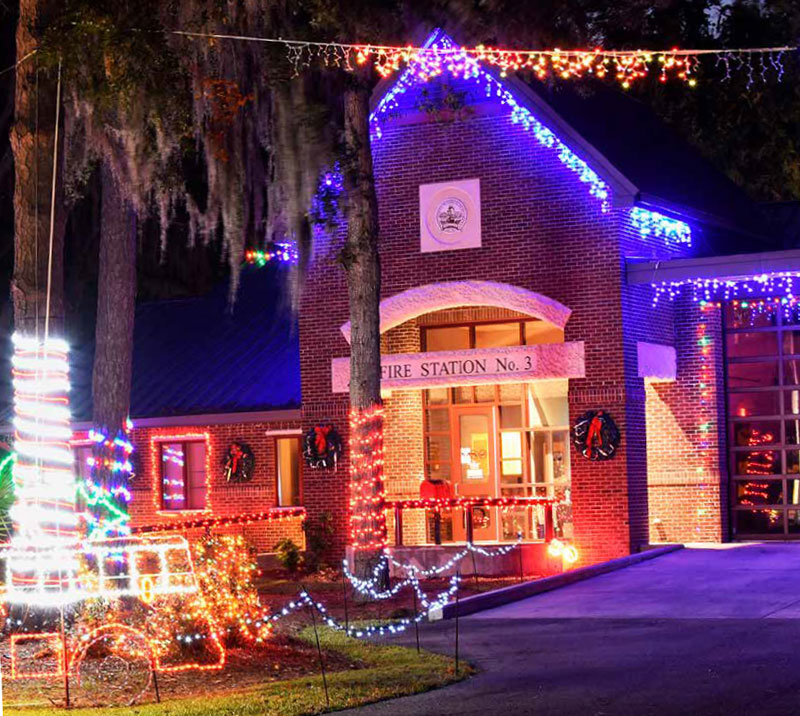 Approximately 12,000-15,000 vehicles visit each year, and to keep count, this year the town of Hilton Head has installed a car counter. Among other new features, the station is crossing fingers for an ambulance display to match the LED fire engine added in 2020 and Christmas music vehicles can tune into on their radios to carol along.

Sitting underneath Santa and the reindeer on the roof of the apparatus bay, the toy drop and Santa’s Mailbox are two of the biggest draws.

“One mother whose child attends First Presbyterian Preschool said they drove through two times a day every day until the lights were taken down,” Fister said. “We also had a parent stop by and put her own letter to Santa in the Santa mailbox.  Her husband had passed away, she was working two jobs, but it was still not enough to have toys for the kids. We were able to take care of that one, and they loved driving through to see the lights almost daily. It was the one thing she could do for them.” 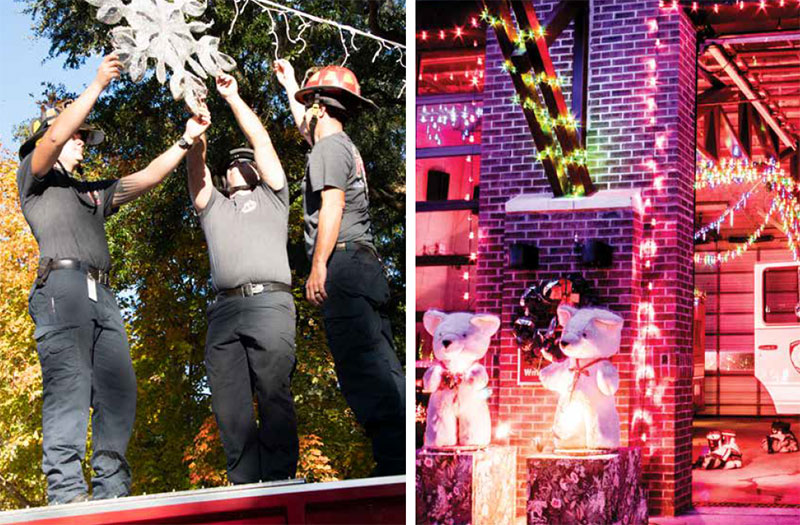 Almost brighter than the lights shine the giving hearts of neighbor providing for neighbor during the toy drive for Deep Well (the non-profit providing clean, safe water for the HHI community for nearly 50 years).

“During the drop-off of toys,” Fister says, “we see so many kids bringing gifts for other kids who don’t have anything. They love to get out of the car, drop their gift and talk to firefighters about making sure their gifts get to kids who need them.”

The Deep Well Santa Shop is open for the families from Dec. 10 through Dec. 17. Toys — new, unwrapped, age range from 1 to 12 — need to arrive by Dec. 15. Station 3 is home base for the Fire Engine that Santa rides during his HHI visit, and visitors of all ages can keep tabs on him online with the “Santa Tracker.” Follow the GPS on his fire engine. Funded annually by Fire Rescue Headquarters, the display, which began lighting up on Thanksgiving Day (lights turned on at dusk), starts at the station entrance and continues around the parking lot, rain or shine. 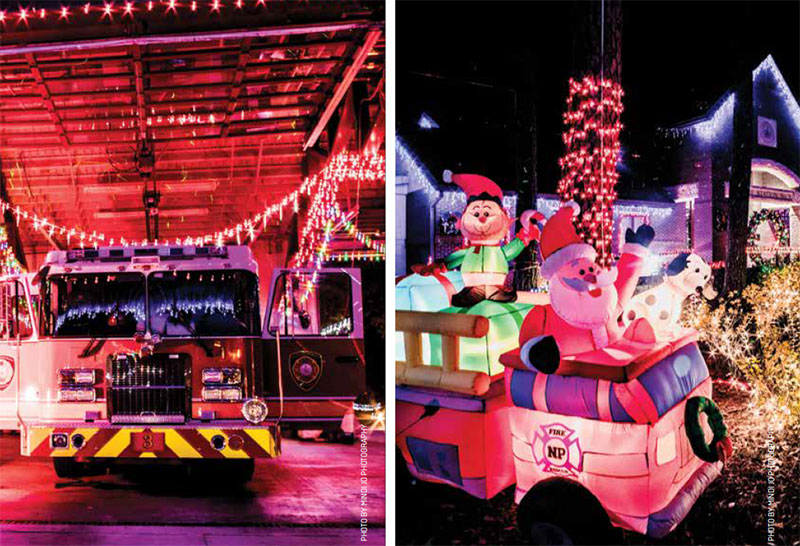 After a decade and a half, Station 3 is more than just a regular on the area’s must-see holiday toy drive and lights lists. It’s a beacon on the north side of the island and a tradition by which locals mark the start of the season.