After spending eight years and $375 million to transform an abandoned power plant into an eclectic entertainment district on Savannah’s River Street, Richard C. Kessler was eager to learn how his project would be received.

The answer came emphatically from a young mother and her daughter, gleefully enjoying a colorful children’s play fountain that sent bursts of water more than 10 feet into the air.

A delighted Kessler asked the smiling mom for her opinion. 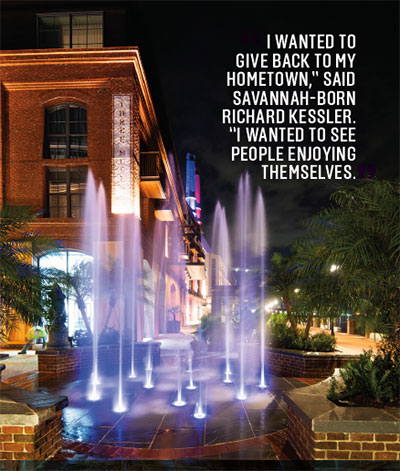 “It’s the fourth day we’ve come here,” Kessler recalls her saying. “When my daughter wakes up, she says she wants to go to the fountain again.”

For Kessler, that was the endorsement he’d hoped for in creating the Plant Riverside District on Savannah’s riverfront.

“I wanted to give back to my hometown,” said Savannah-born Kessler, 74. “I wanted to see people enjoying themselves.”

Walk along the still-evolving Plant Riverside District and there’s plenty of evidence that visitors — young and old — are enjoying the 4.5-acre wonderland.

And why not? There’s nothing quite like it. Opened last July, the District is an eye-popping mix of unique restaurants, themed bars, an art gallery, music, spectacular rooftop views, hundreds of upscale hotel rooms and a Riverwalk with shopping, food, children’s activities and a park honoring Martin Luther King Jr.

There are massive geodes and oversized gemstones from Brazil to Morocco, artifacts from Africa, a pre-historic tortoise shell, pizza ovens from Italy, educational video displays, an immense copper nugget, an Ice Age bear, Mammoth tusks from Russia and meteorites from who knows where.

Rising above the lobby of the inviting JW Marriott Hotel is a gleaming, 135-foot chrome-dipped replica of one of the largest dinosaurs ever discovered.

It’s all presented in an artful blend of contemporary technology and reclaimed brick and wood from the city’s first power plant, a landmark hulk built in 1912 and decommissioned in 2005. Visitors from South Carolina’s Lowcountry arriving via the Talmadge Memorial Bridge will spot the west end District beneath the plant’s still-standing, black-tipped, twin stacks. 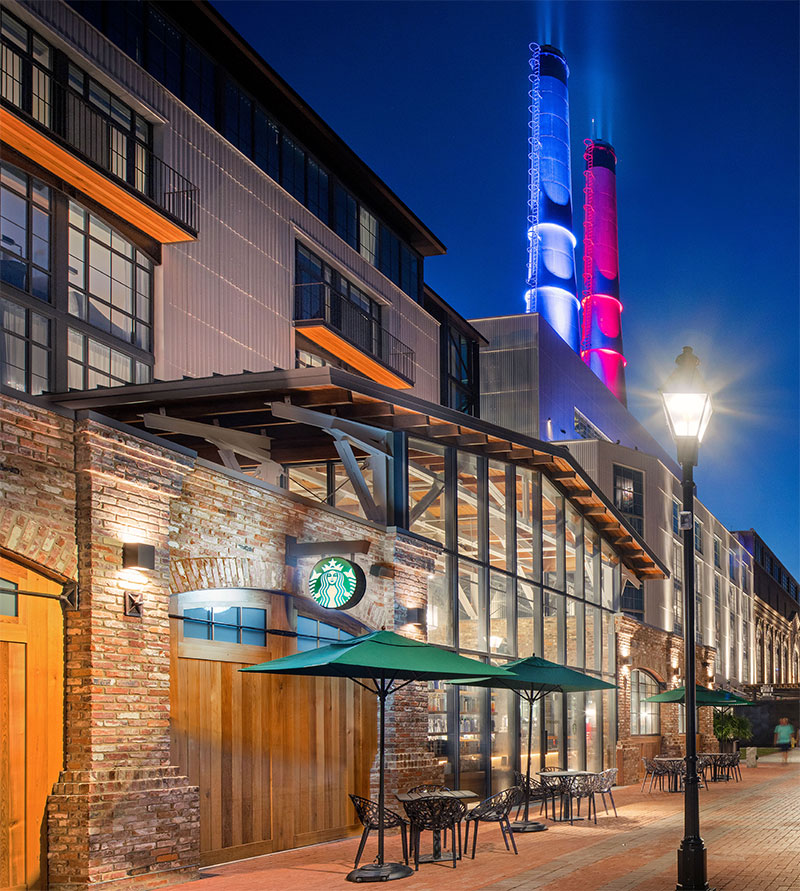 The District is the handiwork of Kessler, whose passion and painstaking oversight guided the ambitious project.

Many of the one-of-a-kind displays were selected by the world-traveled Kessler. Some were taken from his own collection (“I began collecting rocks at age 5,” he says.)

“You see all this, and it makes you think and wonder what it takes to do something like this,” said Joel Gonzalez, general manager of the District’s JW Marriott.

What it takes, Kessler can attest, is a dedication to tackling big, detail-oriented projects and businesses. 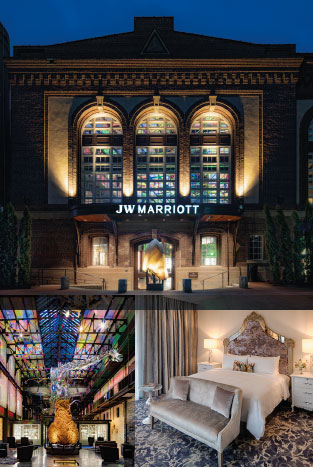 A former chairman of Days Inn of America, the Georgia Tech graduate spent decades as an entrepreneur and developer of luxury hotels. His Kessler Collection Hotels has included boutique properties in lush getaways in Florida, North Carolina, Alabama and Colorado.

The Plant Riverside District offers more than a dozen, diverse restaurants and lounges, including an African-savanna-inspired cocktail lounge, a Sushi restaurant and a German-style biergarten.

More is in store. This spring and summer, the District intends to open a Mexican restaurant and a third hotel — the Atlantic — increasing the number of rooms in the District to nearly 420.

Kessler said he intends the district as a multi-faceted destination for tourists and locals to visit and return, again and again.

Guests entering through massive, restored wooden doors are greeted by splashes of color, sparkling glass and lighting, and – above – the giant dinosaur replica. “You can draw a 10-foot circle in the lobby, and that’s about where most people stop to take it all in,” Kessler said. “They look up and say, ‘What is this place?’”

A riverfront greenspace between the JW Marriott and the Atlantic Hotel already offers an up-close view of the river and the passing parade of giant, ocean-going vessels. As the hotel is completed, the park will double in size.

The District’s 1,100-foot walk along the river provides one of the best views in all of Savannah, Kessler said. The multi-color lights after sundown also provide an experience that is, well, as different as night and day.

Atop the Power Plant Building is the Electric Moon Skytop Lounge, offering river views, signature cocktails and a nighttime vibe for adults. “It’s a place for people 25 to 85 to have a good time,” Kessler said.

The rooftop garden above the luxurious Three Muses hotel features fig trees, lemon trees and a contemplative, romantic setting. “It’s a place to take someone dear to you and totally relax,” Kessler said.