Automobiles are the backbone of life in the United States. Outside of a few large cities, they are needed for our everyday lives. For some they are a utility, just transportation. But others become attached in an emotional way, they become enthusiasts.

Their cars are a part of their lives. They treat them like family. They join clubs of like-minded people. But some further evolve.

One car is not enough to satisfy their passion. They enjoy more than one brand, more than one style. They admire the performance of some and the esthetics of others. They become collectors.

Here are the stories of some local, passionate collectors. 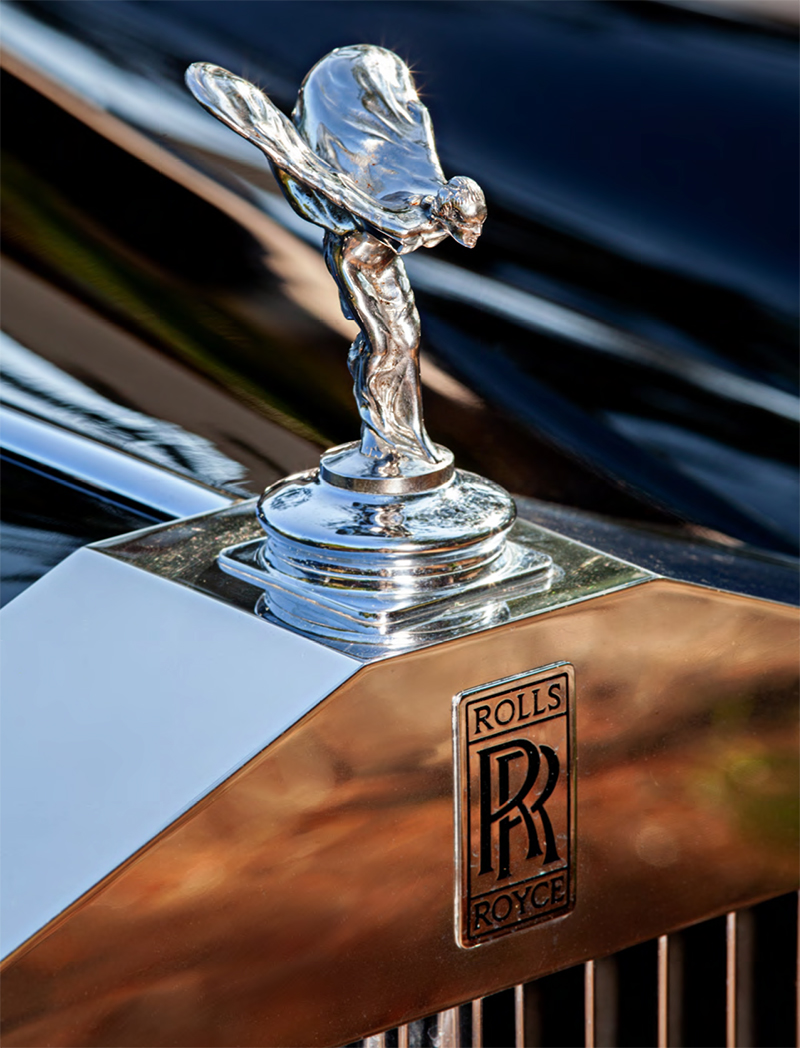 Mark Piekarski and Lennel Stroud were high school sweethearts who went their separate ways. After a life change, Piekarski decided to follow up with Stroud and found she was similarly completing a change and they reconnected. One of the first things they figured out was their passion for old cars.

Piekarski had a ladder fire truck and a custom Mustang he rarely drove. 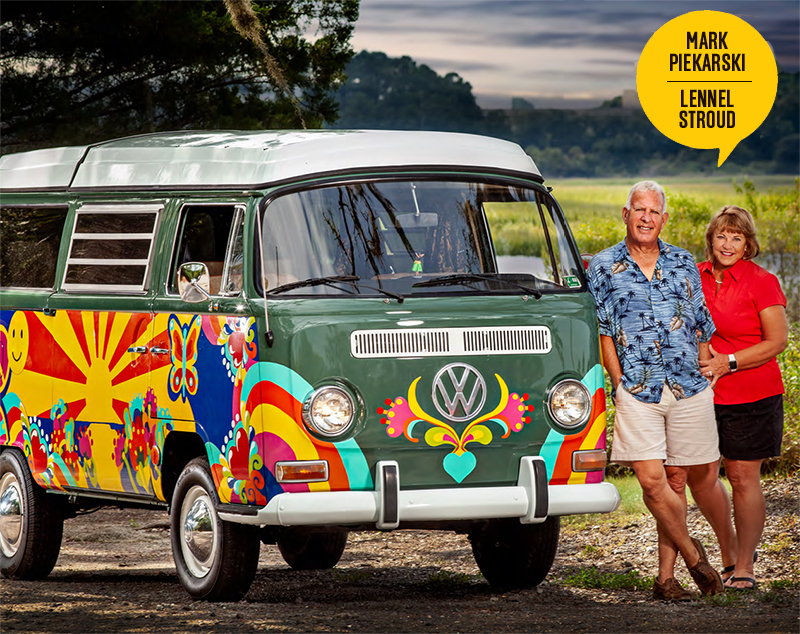 “What’s the point in a owning a car you don’t drive?” Stroud said. They have lived by that mantra ever since. They own three old cars from 1922 to 1947, including a Ford Model A, (and a Volkswagen “hippie” bus and another fire engine). But they don’t just admire their beautiful pieces of history, they use them.

They have competed in three Great Race events, which are multi-day rallies that cover hundreds of miles with real time and distance rules. They participate in parades and outings and they love seeing people’s reactions to seeing the cars in action. 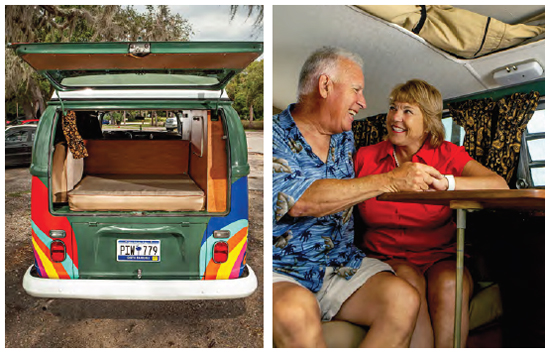 They view themselves as ambassadors for the car collecting hobby and, indeed, they truly are. Stroud’s 1922 REO won Best American Car at last year’s Concours Car Club Showcase and made her the highest award winner in the first Women Driving America weekend.

On the classic car hunt 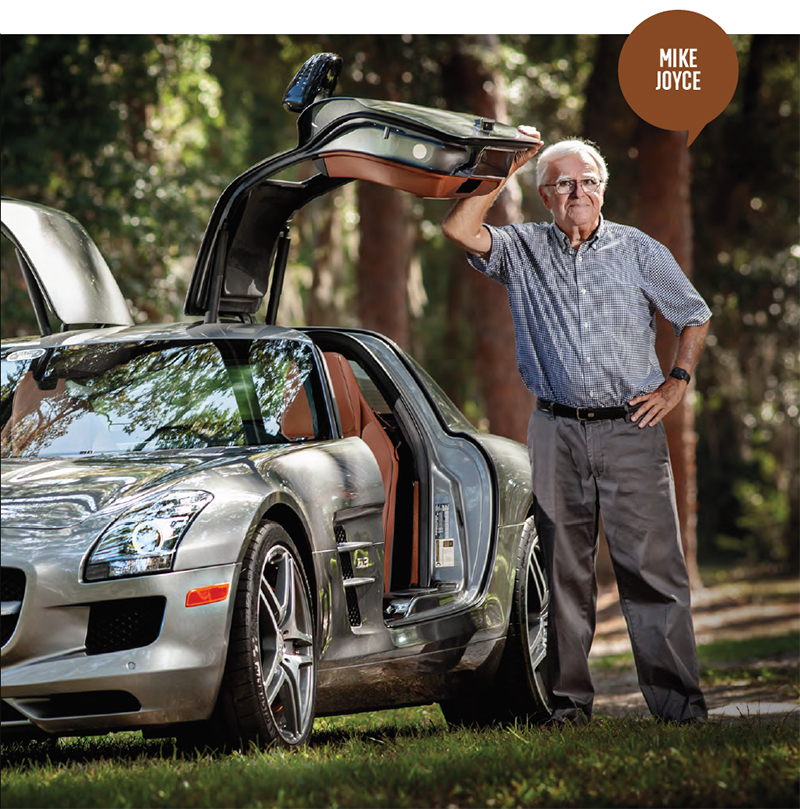 Mike Joyce developed a passion for cars early in life. He says he always had that one extra car to play with. In the early days that car was a GTO or a Corvette. But gradually his fascination turned to European sports cars. He and his wife built a house on Hilton Head many years ago and “moved” here.

But he travelled weekly to the Midwest and internationally for more than 15 years. When he retired, he decided to finally become a collector.

He expanded his garage and began to hunt. In addition to German cars he focused on unrestored, single-owner cars that led him to English cars like MGs and a Bentley. 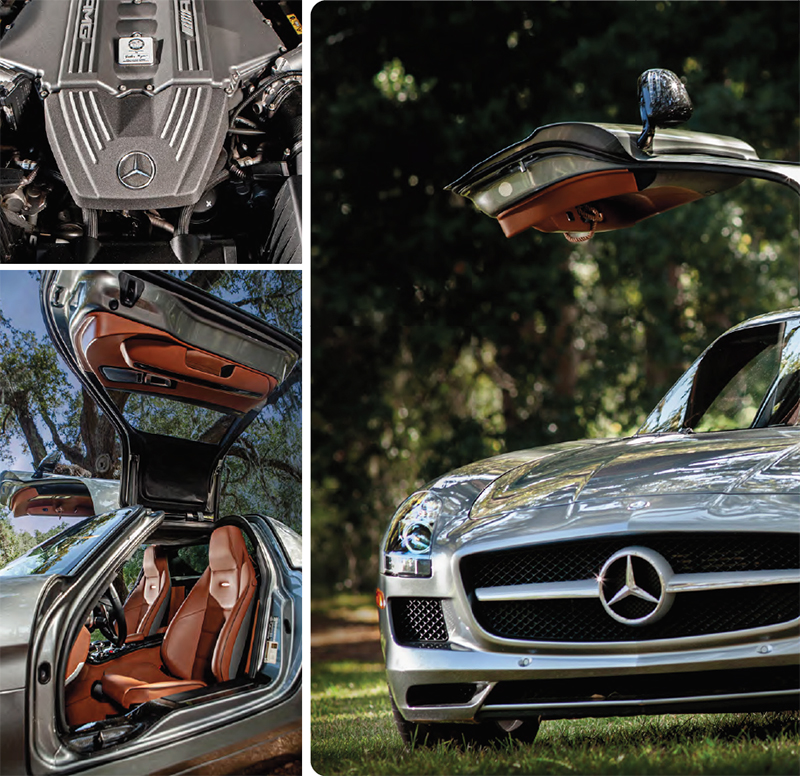 Then, Hurricane Matthew in 2016 dealt him a striking blow. Flooding totaled four of his cars, including the Bentley and two very rare modern German classics: a BMW Z8 (almost a one-of-a- kind with its options) and a Mercedes-Benz SLS Gullwing, a modern tribute to the classic Gullwings of the 1960s.

Undaunted, he has replaced the SLS with a “better” one and recently added a 61-year-old Rolls Royce once owned by Jackie Gleason. Joyce, too, uses his cars. At any show you might see young kids sitting in the SLS, a rare sighting at most “look-but-don’t-touch” events.

“Cars are meant to be used and shared with others,” he said. “I would never tell a youngster he or she couldn’t sit in my cars.”

Kevin Meany’s love of cars started when he was 10 years old, taking his bicycle across his Long Island town to visit Baldwin-Motion custom car builders. His love of Porsches began when he bought his first car, a 1967 Porsche 912, to go back and forth to college in upstate New York, a true labor of love to keep it on the road. 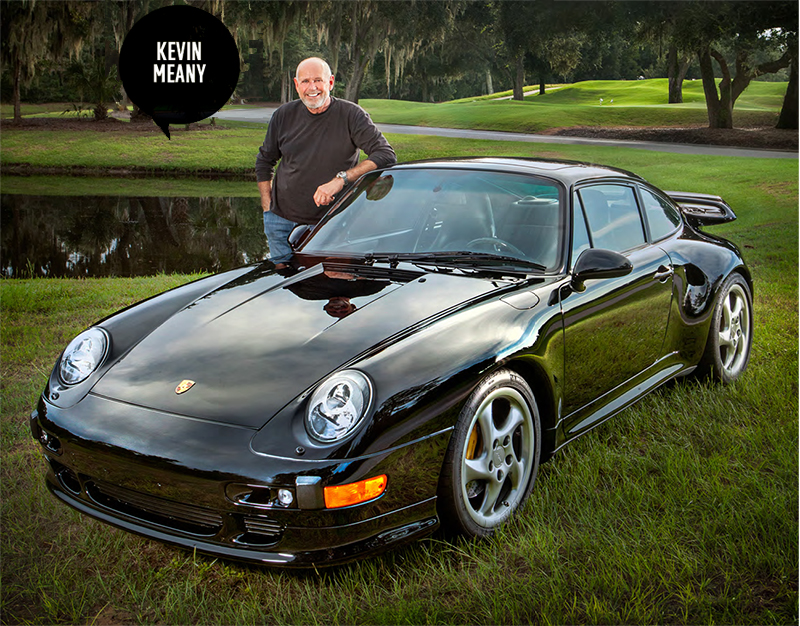 His passion has only grown since then as several Porsches have joined his “family” over the years. They range from a 1955 Speedster to some modern classics like a 1997 Turbo S and, of course, another Porsche 912. He drives his cars all the time. He is still active in racing and is anxious for a restart in a post-COVID world.

Meany said he purchases cars that he knows he’ll cherish.

“I only buy cars that have an impact on me,” Meany said. “Some have such an impact they will never be sold, they become like a family member.”

Meany is also one of the first people to sign up for the Motoring Festival each year to share his cars and knowledge with other local enthusiasts. He said his son has also become an enthusiast.

“That’s my fault, but it is great to share the hobby with him,” Meany said. 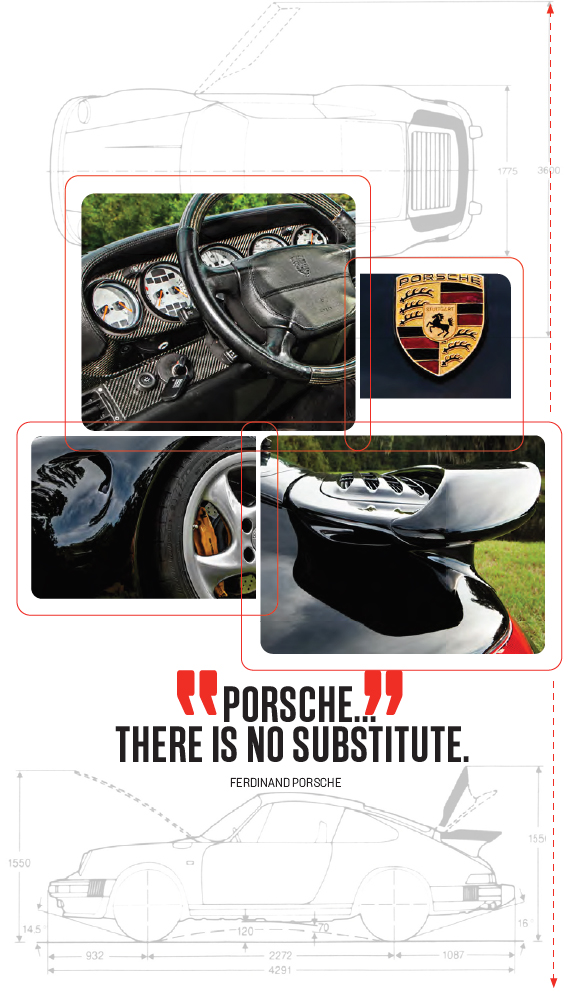