A crucial step is on the horizon in the area’s effort to replace aging bridges leading to Hilton Head Island and ease traffic congestion that clogs the roadways.

Officials are hoping by early next year to hear which of the construction alternatives proposed for the $272 million project is preferred, according to Craig Winn, SCDOT project manager. But that announcement may not be the final word. Concerned island residents are pushing for an individual review of the traffic issues to ascertain whether all issues have been addressed.

The U.S. 278 Corridor Improvements Project, which is in its environmental assessment phase, got a boost this summer when a $120 million grant was approved by the South Carolina Transportation Infrastructure Bank and the South Carolina Joint Bond Review Committee.

The town describes the project as proposed improvements to or replacement of the Karl Bowers Bridge and J. Wilton Graves Bridge connecting Hilton Head to the mainland, and adjoining roadwork from Moss Creek Drive in Bluffton to Spanish Wells Road on the island.

In 2018, Beaufort County voters approved a 1-cent tax increase to help fund the project as well as some other county road initiatives. That tax funding is expected to contribute about $80 million in total, said Steve Riley, HHI town manager.

“That contribution of $80 million, when combined with the $120 million from the state, $40 million from SCDOT, and the rest from a variety of local sources, completely satisfies the estimated project budget that is slightly in excess of $272 million,” he said.

The project will take three to five years to complete, Winn said. 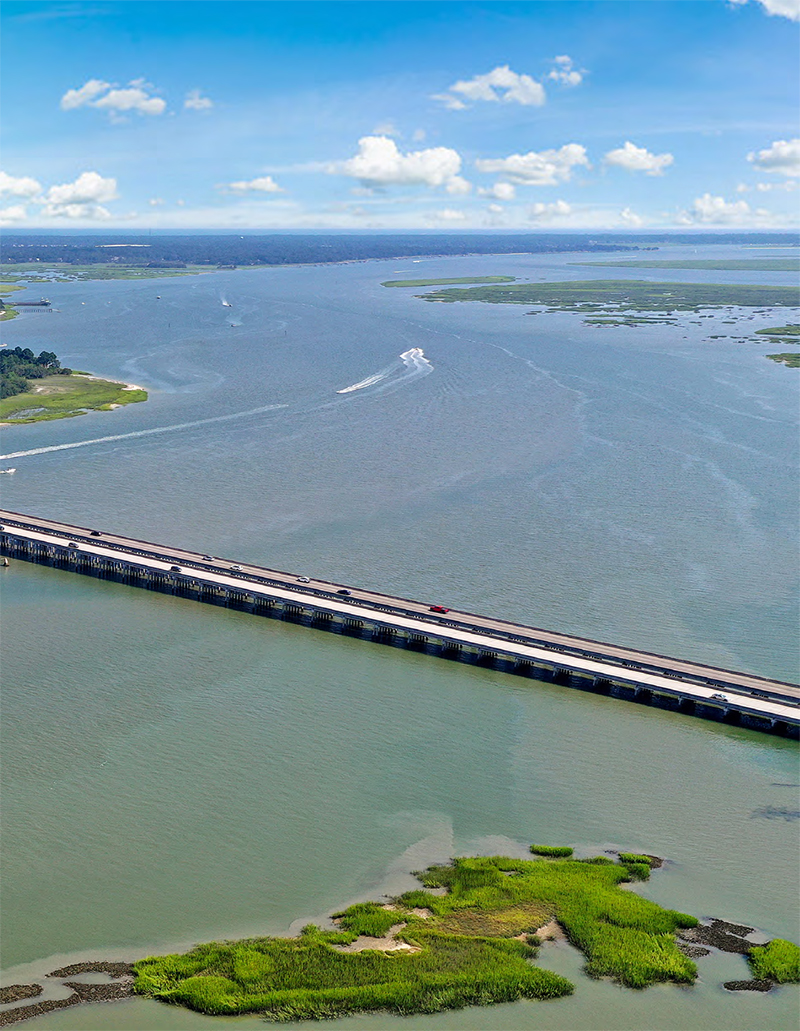 Last fall, the state DOT unveiled six alternatives for improvements to ease the traffic problems and later added three potential alternatives. Concerns were raised about the alternatives, including environmental effects, impact on native islanders who live in the Stoney neighborhood on the island’s north side, and possible traffic congestion where the bridge expansion reconnects to the island’s existing roads.

Steven Baer, who started a petition challenging the project, said the proposals are about more than just the bridge, and the money may better be spent on island traffic improvements.

“There is a poor understanding of the causes of our road problems and potential cures,” said Baer, who has lived on Hilton Head for 18 years and is a former county councilman.

Petitioners want an independent engineering review of the traffic congestion problems so that everyone can better understand what the causes are, as well as analyze proposed solutions, Baer said. If not, the project could cause tremendous uprooting on the north end of the island without solving the “actual problems,” he said. 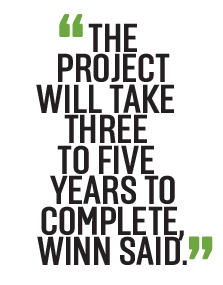 The issue is not the one aging bridge span, he said. It is the congestion caused by worker and tourist traffic during peak times between Moss Creek and the Cross Island Parkway and Moss Creek to U.S. 278. Traffic lights at Spanish Wells and Squire Pope Roads are the roots of the problem, he said.

“Building new bridges, except for replacing the one aging span, without solving that traffic-light congestion problem or properly interfacing with the Cross Island Parkway and local 278 will not solve our problem, and may make it worse,” Baer said. As of August, almost 3,600 people had signed the petition, Baer said. “This is a once-in-a-lifetime opportunity, and we need to take the time to aim it well,” he said.

SCDOT has been studying the intersections, Riley said.  Town staff supports an independent peer review of the work undertaken by SCDOT and its consultants, he said.

Taking time to vet the final proposal from the outside is doable, said state Sen. Tom Davis (R-Beaufort), an advocate for the $120 million grant. In a letter to Riley and Ashley Jacobs, Beaufort County administrator, Davis asked that the consultant’s services go beyond engineering concerns and address the community holistically.

“DOT is planning to do this project for up to three years,” he told Monthly. “We have the money. We need to make sure the project is embraced by all islanders. It is important that those voices are heard and feel they are heard.”

Beaufort County Council member Stu Rodman also said the project is big enough to warrant another look after the preferred alternative is recommended.

“I think most people agree that there should be an independent engineering review of some sort,” he said.