What will it take to preserve native islander and Gullah traditions on Hilton Head Island?

It will start with money, good ideas and a commitment to set aside past differences and work together. Two recent developments indicate that local leaders are taking steps to achieve these goals.

The Town of Hilton Head formed the Gullah-Geechee Land and Cultural Preservation Task Force in June to address preservation, education and sustainability issues in the Lowcountry. Town Council member Marc Grant, who has close ties to the native islander community, is the group’s official community liaison.

One of the first issues the group will take up is helping people resolve issues with heirs’ property. Many native islander families don’t have clear titles to their land, making passing it on to their descendants difficult, even if the family has lived on the acreage for generations.

The task force will work with the Hilton Head Area Association of Realtors and The Center for Heirs’ Property Preservation, a nonprofit organization based in Charleston that conducts workshops for families trying to establish property titles on inherited land. The town’s senior planner, Jayme Lopko, said area officials are in the process of identifying properties on Hilton Head that would be eligible for the task force’s assistance.

Clearing up any legal issues surrounding land ownership would help families pass their properties down to future generations, avoid losing it at tax sales and, if desired, develop the properties in environmentally and economically sustainable ways. For example, the Barnwell family on Hilton Head has used some of their land on the island’s north end to build affordable rental housing, task force chairman Lavon Stephens said, calling their work an example of what “families can do when they come together.”

By creating the task force, Hilton Head Mayor David Bennett and Town Council hope to build on goodwill in the community generated by a $9.7 million, five-year plan to provide sewer access for north end neighborhoods. Many of the parcels to be served by this project are heirs’ properties that currently rely on septic systems.

The task force’s recommendations will be sent to the Planning Commission and ultimately to Town Council for votes.

“We will be looking back on decades of master plans and reports with the intent not to recreate the wheel, but to look at what can be improved upon,” Stephens said.

What is heirs’ property?
In the Lowcountry, heirs’ property usually describes land owned by African-Americans who either purchased or were deeded the acreage after the Civil War and have passed it down through the generations — often without a written will. In the case of land passed down without a will, or a will that wasn’t probated within the 10 years required by South Carolina law, the land became owned “in common” or “tenants in common” by all the heirs, regardless of whether they live on the land or pay the taxes on it.

In a separate but related effort, Ahmad Ward has started work as the new executive director of the Mitchelville Preservation Project.

In 2005, a group of Hilton Head residents came together to protect, preserve and promote the heritage of Mitchelville, established in 1862 as the first self-governed town of freed slaves in the U.S. The organization presents community programs and events celebrating the island’s heritage — and the heritage of the Lowcountry’s native islanders, who often can trace their roots back to Mitchelville’s first inhabitants. The group hopes to recreate the historic site of Mitchelville’s school and church. 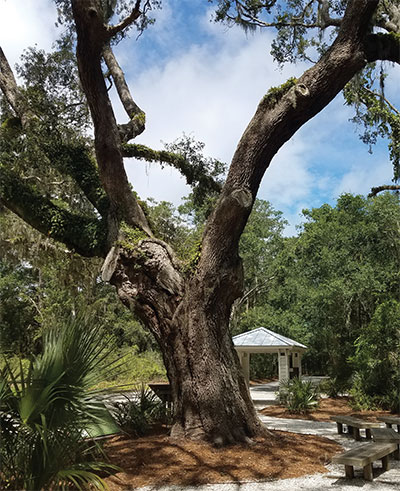 Mr. Ward has already started to promote this nationally significant story, stating “I am excited to have the opportunity to lead the Mitchelville Preservation Project as we endeavor to share the Mitchelville story, not just locally, but throughout the nation.  Mitchelville reminds us of the resilience of African-Americans during some of our nation’s darkest days. It is also more than that -- Mitchelville is an American story, tethered to the core tenets of American citizenship and what it means to be free.”

A native of Elizabeth City, North Carolina, Ward formerly was vice president of education and exhibitions at the Birmingham Civil Rights Institute. He has a bachelor’s degree from Elizabeth City State University and a master’s degree from Hampton University. In his new role, Ward will develop educational content for schools, and develop a master plan and fundraise for Mitchelville Freedom Park at Fish Haul Creek Park. The site, which was built on a portion of the original MItchelville location, will one day feature revolving exhibits, lectures, tours and cultural programs, according to the project’s website. A lease agreement signed in April with the town will enable the nonprofit group to replicate life during the times of Mitchelville while keeping Fish Haul Creek Park open to the public. 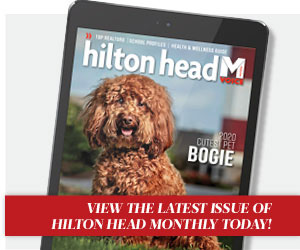 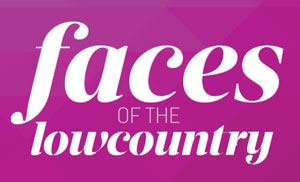 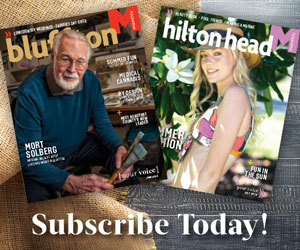 The American Dream is crushed but not lost