It’s not just happenstance that Bluffton and Hilton Head look the way they do. It takes an army of architects, landscapers and gardeners.

There are certain sounds that are undeniably Hilton Head Island and Bluffton. The call of a pileated woodpecker. The cry of a young hawk. The crash of the waves on the beach or the sound of the wind in the trees. 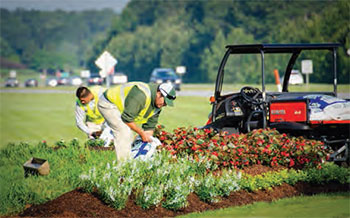 And underneath it all, you can hear the sound that really means you’re in southern Beaufort County. It’s the sound of leaf blowers, mowers and trimmers.

That’s the true song of the area.

But those mechanical sounds are a means to the end, the end being beautifully maintained flower beds, clear bike paths, edged lawns and healthy trees that make this area so darned visually appealing. That look took practice at first, said Julian Walls, facilities manager for the Town of Hilton Head Island.

“We learned the hard way,” Walls said. In the early days, crews lopped off the top of pampas grass instead of funnel cutting it. They trimmed crepe myrtle too aggressively and pruned lady bank roses before they bloomed.

Now, crews have it down to a science, whether they are the crews that maintain the public areas on Hilton Head Island, private yards, gated communities or businesses.

“They want it to be neat, but native. It takes an eye to do it. It takes careful pruning; not electric trimmers, but hand trimmers,” said Lee Edwards, president of The Greenery, the employee-owned Hilton Head Island-based nursery and landscaping business.

Since the town passed its stringent tree ordinance 30 years ago, the canopy has grown dense, Edwards said, and that has changed what grows well here. Shade-tolerant plants are in high demand. 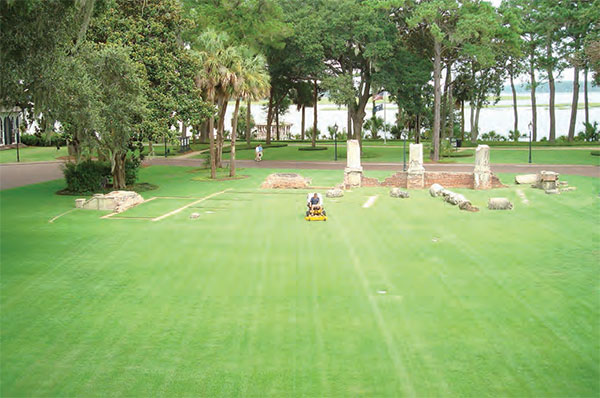 But one thing remains constant. Flowers and flowering shrubs.

“People want a lot of color, they want that ‘eye pop,’ but that’s a lot of maintenance," Edwards said.

It also takes a lot of planning.

The Greenery custom grows all of its flowering plants, placing orders with growers a year in advance so they are the right size the following year.

Of course, there is a particularly demanding customer: the RBC Heritage Presented by Boeing. The Greenery has to make sure its blue and yellow plants are in full bloom the third week of April, not a week earlier, not a week later. 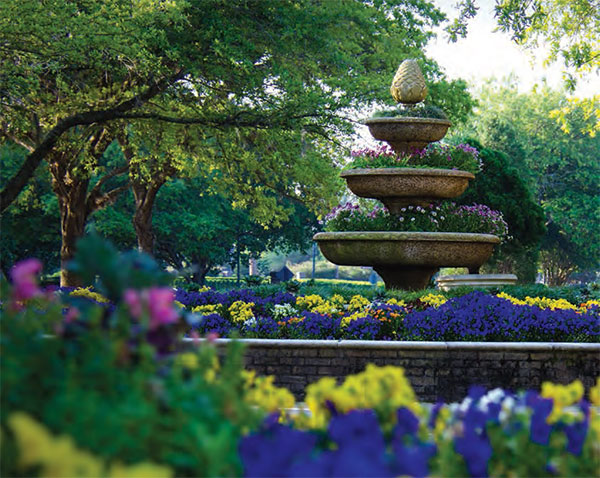 “Our growers time it perfectly,” he said. They control the temperature, humidity and nutrients by the week to make sure the plants are growing according to the calendar, not nature.

While it’s easier to grow the quantities of flowers and shrubs to meet the demand, trees are more difficult.

Many tree farmers went out of business in the recession, creating a shortage that persists, Edwards said, particularly among red and white oaks. Red maples, a tree popular in Charleston, are also in short supply.

The Greenery places its tree orders hundreds at a time with farms in South Carolina and Florida based on demand they project three or four years down the road.

While the Greenery has its supply well in hand, tree prices have gone up. “That 4-inch live oak probably doubled in price in three years,” he said.

STANDING OUT AMONG STAND-OUTS 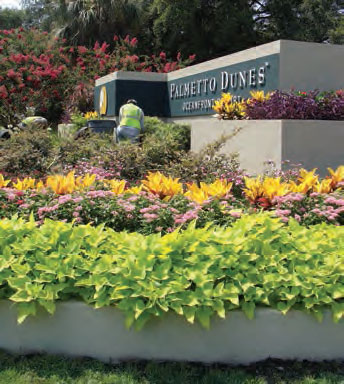 With beautiful foliage all around us, gated communities work to stand out even from that high standard.

Kayne Hoecht, director of facilities at Berkeley Hall Club in Bluffton, said that community is designed around a formal English-garden look that highlights large expanses of St. Augustine grass. It‘s unique to the area, but requires a lot of resources.

Its signature turf is St. Augustine, which is expensive to maintain. It soaks up 5 pounds of nitrogen per square foot, triple the quantity needed for more common grasses, he said. It’s also a favorite meal for chinch bugs that appear in the spring, leaving behind a substance that’s toxic to the grass.

“If they get away from you, you’ll lose the grass,” he said.

Hoecht and his 14-person crew hunt for the pen nib-size bugs, scanning blade by blade. Once spotted, they carefully apply a insecticide to rid the grasses of the unwelcome guests.

In all, the team maintains 14 miles of roads and sidewalks, as well as countless common areas and gardens for the nearly 1,000-acre, 300-home gated community. 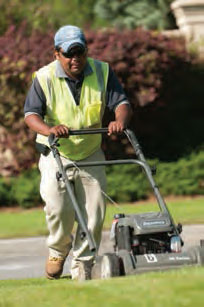 And using a practice usually reserved for golf courses, Berkeley Hall “overseeds" with rye grass in the fall so its U.S. 278 frontage remains vivid green all year round.

It creates a balancing act between watering the rye and not drowning the viola flower beds planted alongside, Hoecht said. “There is a lot of room for error there.”

In the spring, they stop watering the rye and scalp it so it dies and makes room for the spring grasses to emerge, also a technique that requires careful timing.

Hoecht said he doesn‘t compete with his neighboring communities. Instead, he searches for an edge in other areas.

“I would rather get inspiration from what’s being done elsewhere, like Alabama, to get some fresh ideas,” he said. “We’re in a bubble here. Everyone deals with the same flower and shrub vendors. It likely will benefit me to look at something outside of the Lowcountry with a similar climate.”

“I like working outdoors. Being interested in nature is not only important for my career, but my crew too. If they are able to put these puzzles of nature together, they are going to further themselves, too.” 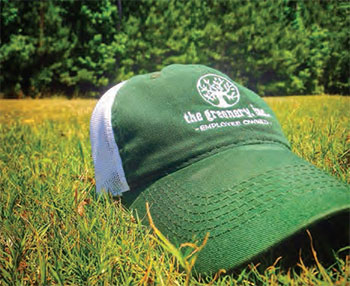 More than 14 miles of roadsides and sidewalks

Planting 28,000 annual flowers — once in mid-April and again in mid-October