The top builders and designers of the Lowcountry were recognized recently at the 22nd Annual LightHouse Awards gala, presented by the Hilton Head Area Home Builders Association with the support of Title Sponsor Truist Financial.

The gala, which was held in December at the Sonesta Resort on Hilton Head Island, honored the area’s elite industry professionals. 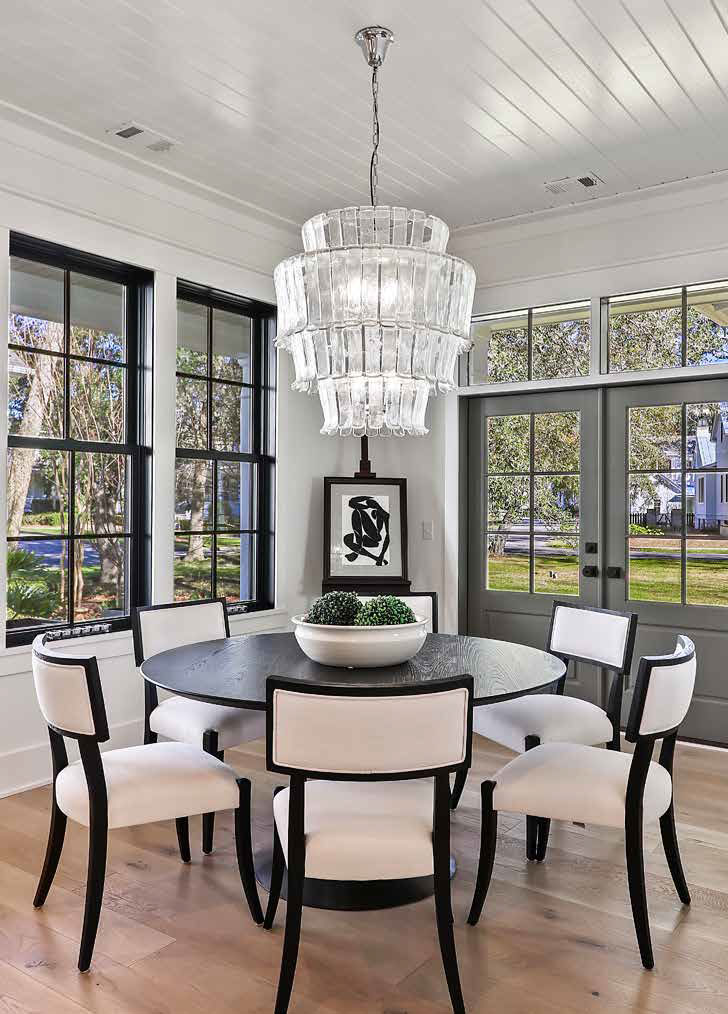 “The LightHouse Awards is truly like the Academy Awards for our local building industry. It gives builders and designers the opportunity to be recognized for the hard work, talent and vision they put forward in building some of the most remarkable homes found in this area and beyond,” said Dan Monroe, chairman of the LightHouse Awards program since its inception. 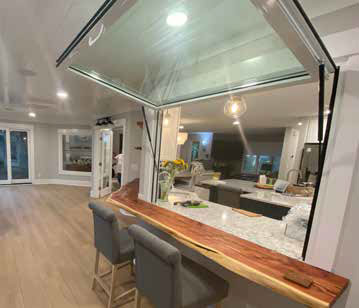 “We are so blessed as a community to have such imaginative architects, talented interior designers, quality builders and exceptional trades craftsman whose hands touch each project in the Lowcountry.”

First held 22 years ago in 1999, the LightHouse Awards are presented annually to qualified members of the Hilton Head Area Home Builders Association for the demonstration of quality craftsmanship and design excellence in the construction of homes throughout the Lowcountry, a news release said. 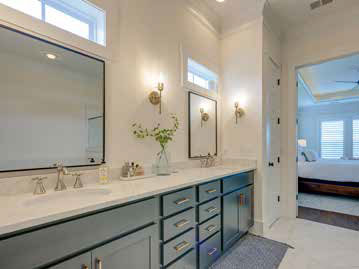 The construction cost of this year’s remodeled or newly built home entries ranged from $150,000 to over $3 million.  Each award was subdivided into categories based on project cost of construction and similar square footage. 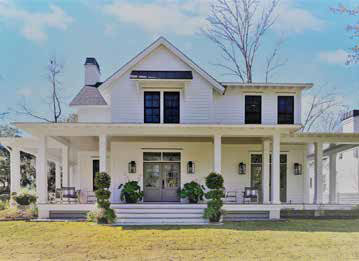 Master of ceremonies Monty Jett announced the winners. Also recognized were associate members of the Home Builders Association, including building industry professionals, subcontractors and suppliers, who participated in the design and construction of each of the competing new and remodeled homes.

“For many of these builders, after spending 12 to 15 months or longer working on a project, where even the smallest detail could impact the overall outcome, the LightHouse Awards symbolize one of the highest career honors, and is a true testament to their vision and talent,” Monroe said. 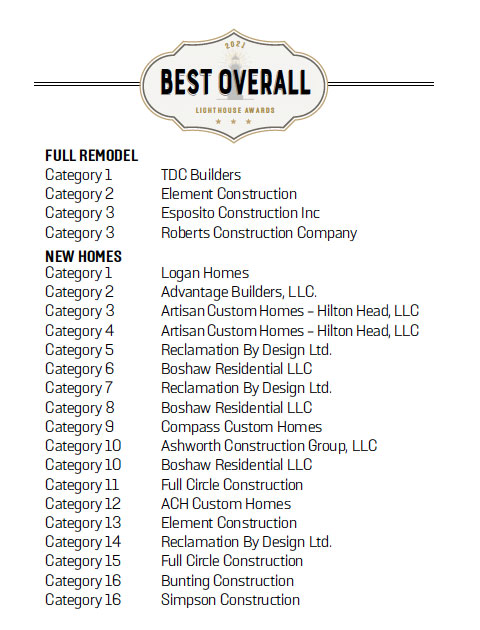 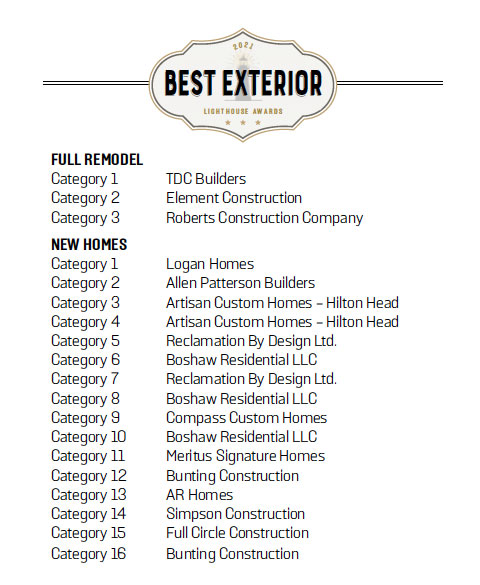 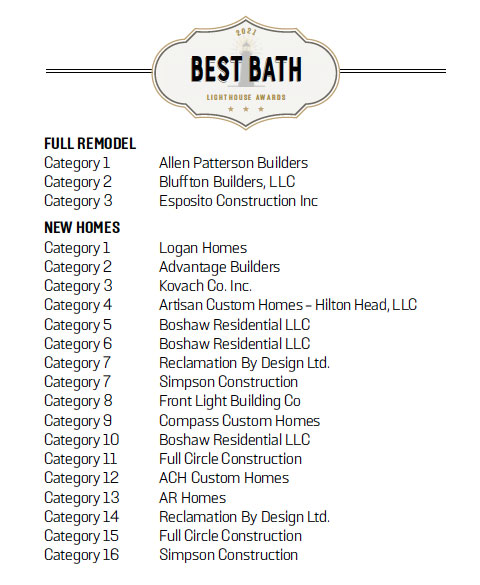 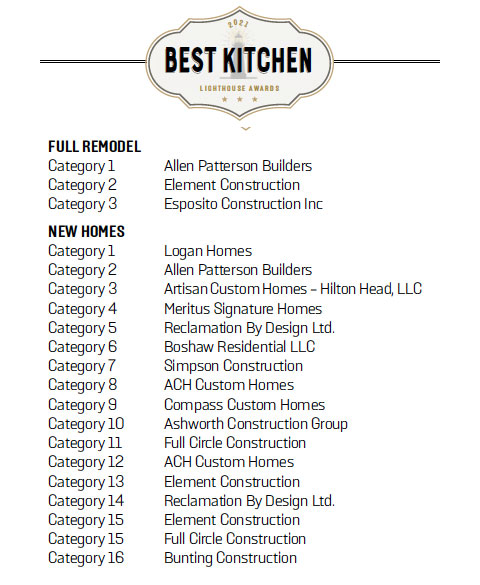 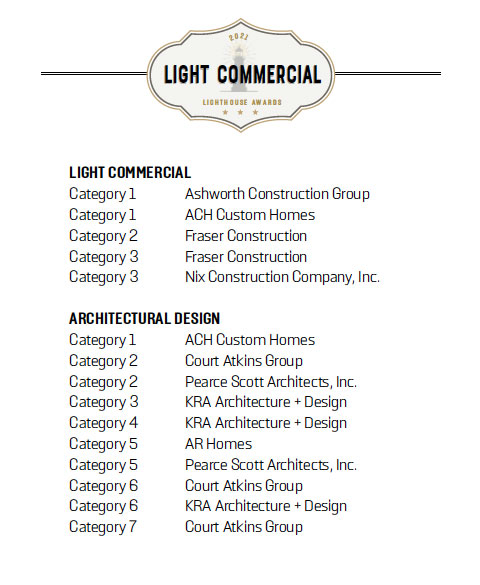 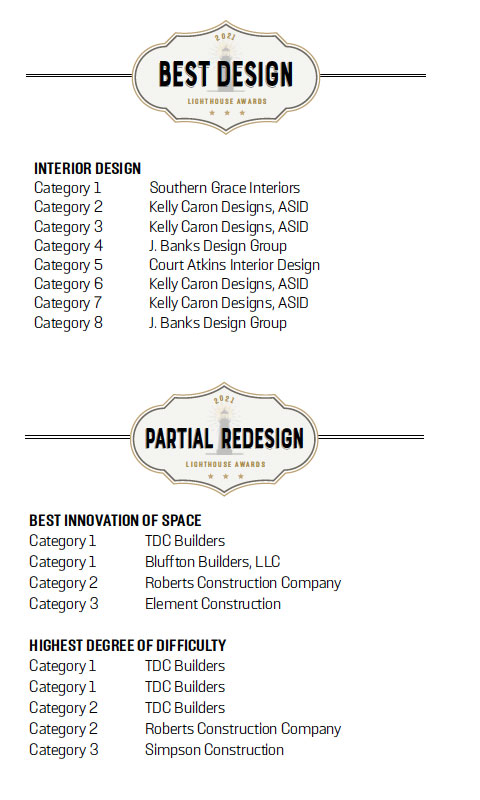