Archie and Nina Sellew didn’t evacuate from the island when Hurricane Matthew blew through the Lowcountry with 105 miles per hour winds on Oct. 7/8. They didn’t want to and believed they didn’t have to. They felt safe.

After all, it was their island, they owned it, and they had built what they believed to be was a hurricane-proof home in 2000. Matthew was the first real test of its structural strength in the face of nature’s fury.

From the rear deck of their three-story 1,000-foot-wide waterfront home on Kidney Island off the Bluffton mainland, all the Sellews see is water and Hilton Head Island far beyond in the distance. Unobstructed views of the marsh, the May River and Calibogue Sound to the Harbour Town lighthouse. No trees, no structures stand in their way—just water. 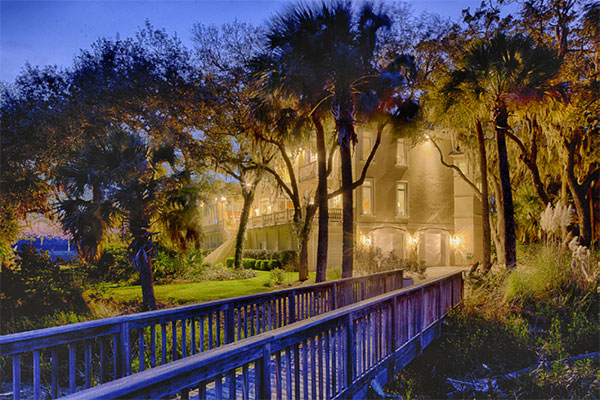 “We stayed here, me and my wife,” said Archie, a Massachusetts native who has lived in the Hilton Head area for 30 years. “Two o’clock was the expected closest estimation of the storm, right out there on Calibogue Sound, and it was also high tide.

“For me, it was like Christmas as a kid because I was dying to see what would happen,” Archie said. “It was probably foolish of me…When I went outside at 2 o’clock in the morning, she was pounding like crazy. I really have a lot of respect of Mother Nature. We had nothing that would disturb the wind at all from Sea Pines. Nothing to break it down, like trees, or buildings--it was coming straight at us. And the house never shook, never shook an inch, no vibrations or anything. You could hear the noise of it pounding against the house, but the house stood there like a soldier.”

By daybreak, only a few shingles had fallen off the exterior of the 4,537-square-foot home that sits 16 feet high above ground.

“That’s it,” he said. “Period. It was the first time we had a test on it. The first experience of high velocity.” 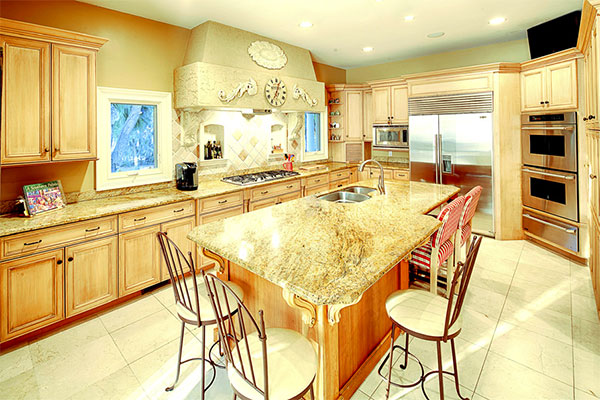 Sellew credits state-of-the-art autoclaved aerated concrete (AAC), a lightweight, precast foam concrete building material that has been prevalent in European homes since the mid-1920s. AAC is made of fine sand, lime, water, porous cement and an expansion agent that causes the fresh mixture to rise like bread dough, Archie said.

The exterior of the Sellew’s home is entirely composed of 8-inch-thick units of AAC that is covered with stucco. It repels water, rot, mold, mildew and insects, and is also fire resistant and wind-proof, as the Sellews had expected. Its insulated nature also makes it highly energy-efficient.

Archie installed barn beams around the perimeter of the house, on every floor and every roof line. Super strength straps are attached to the wood beams and tied into the ground footing. Rafters anchor the asphalt/copper roof with straps imbedded in the concrete through an anchor bolt. The roof is certified to withstand 120 mph winds.

“No hurricane ever recorded can rip that up,” he said. “It can’t do it. 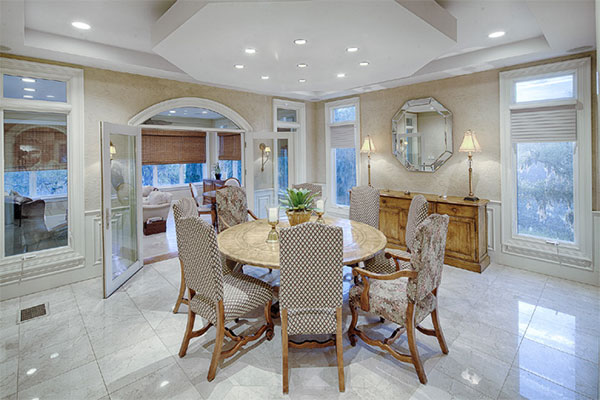 “It’s an incredible story,” the octogenarian said when asked how he acquired Kidney Island, which is relatively unknown in the area.

With development at the South Pointe community struggling because of the sluggish economy and the emergence of Sun City Hilton Head as a competitor for home buyers, he bought the uninhabited island and planned to develop it.

“We couldn’t compete with those guys,” Archie said. “This seemed to be a good alternative.”

There was one catch: There were no permits in hand to develop the 9 acres. 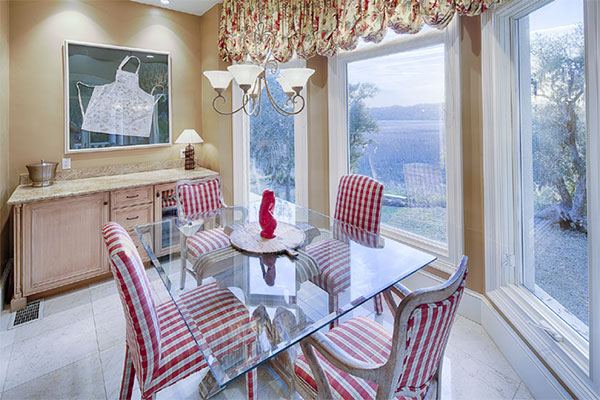 “I foolishly bought it without all the approvals, so I couldn’t do anything with it,” he said. “It was like buying a Porsche without a steering wheel.”

The first step was to build a bridge connecting the island with the mainland. So he met with the Army Corps of Engineers in Charleston twice a month for one-and-a-half years for approval. He also had to deal with Beaufort County officials and the Beaufort/Jasper Water & Sewer Authority for permits to install water and sewer lines.

“I struggled like crazy to get the bridge approved, to get the water and sewer,” he said. “I had to jump through all kinds of hoops to get to where I wanted to be. It was very frustrating.” 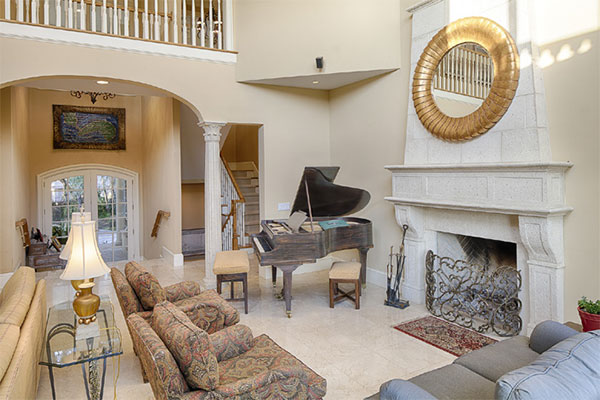 In 1999, his development company crew built the 440-foot-long wooden bridge, which is as strong as the Byrnes bridge connecting Hilton Head and Bluffton, Archie said. His island property was approved for 13 lots, but he only surveyed for five to give future homebuyers more luxurious lots to build on.

With his own talented hand and self-taught skill, Archie designed his four-bedroom, four-and-a-half bathroom home on 2 premium acres, which would eventually be built by his own company.

Given the precarious location of his home to adverse weather conditions, thorough research and hearing first-hand accounts of the durability of AAC in fires and hurricanes, he reached out to the AAC manufacturer Aercon Florida. They were too busy and overloaded with demand for their product in the Gulf Coast states to deliver AAC to South Carolina. 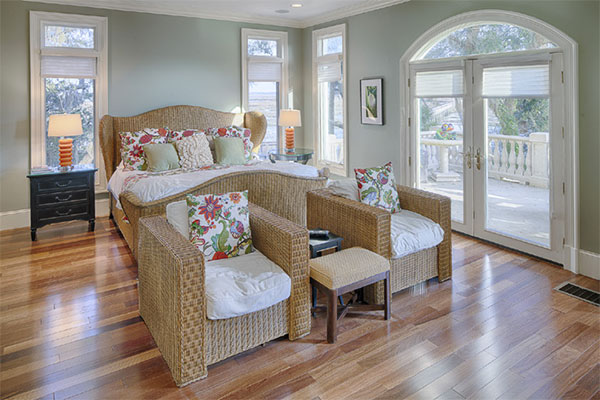 Archie called Aercon back, spoke with the company president, and said, “Can you make an exception and sell me the materials for my house?” he said.

“ ‘You know, I’ve been thinking about that because you’ve come so far with this, I’m going to make an exception and I’ll make you a distributor for the material’,” the president said. Truckloads of the material soon were shipped to his house.

“Insurance companies started calling me and said, ‘Send your customers to us; we’ll get them a 50 percent discount on their insurance because of less risk’,” Archie said. “We superseded the Miami hurricane code.”

He was so impressed with the product that he included it in the covenants for building homes on the other four Kidney lots, all of which are sold. 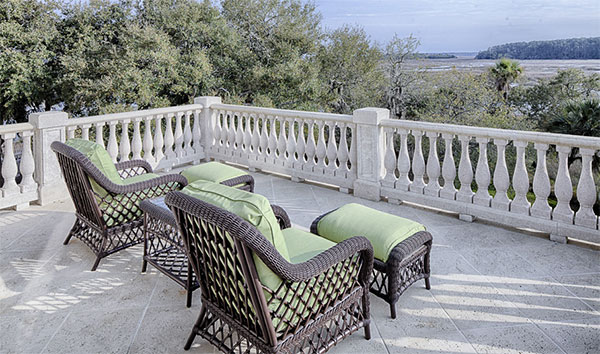 For now, and until he sells his house on Queens Way that is on the market listed by Tom Watson of the Salt Marsh Team with Keller Williams Realty, he enjoys his home on the waterfront of paradise.

“I have the sunrise in the morning and the sunset at night,” he said. “It’s exactly what I wanted.”