Change in the heart of the Lowcountry comes slowly — and most often in subtle tones when it does.

When Bill and Bonnie Miller bought their furnished home tucked away in May River Forest at Palmetto Bluff three years ago, they were impressed with the quality, detail of craftsmanship, architecture, design and location of the home. They didn’t want to change a thing structurally of the residence, built 10 years ago by Bluffton’s Reclamation by Design based on an architectural design by a Savannah firm. 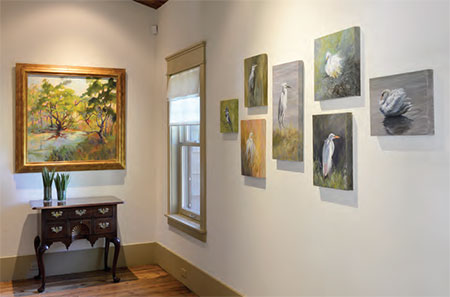 After all, the stone, brick and wood inside and outside the custom-designed home were reclaimed and masterfully reused. The Millers are surrounded by reclaimed heart of pine, cypress, chestnut, maple and hickory from an old warehouse in New York City and a 100-year-old textile mill in South Carolina. Then there are cobblestones from a Baltimore shipyard and bricks from the old mill. 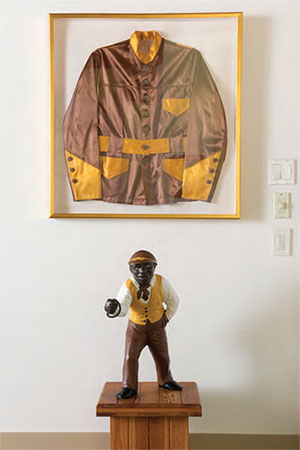 But, like any new homeowners, the Millers wanted their magnificent 5,200-square-foot property to reflect their aesthetic tastes and lifestyle.

“They wanted to personalize the home, and that’s what we did,” said interior designer Cris Taylor of Plantation Interiors on Hilton Head Island. “Now it’s their home.”

“Our challenge was not to mess it up,” said Bill, an avid horseman and breeder, entrepreneur and chairman of PLI Inc., the world’s largest manufacturer of hotel keycards and specialty printed products. “The material and workmanship in this house is something you rarely see anymore … we wanted to lighten it up and personalize it.”

“It was someone else’s tastes,” said Taylor, a Georgia native who has spent 22 years of her award-winning design career with Plantation Interiors. Taylor already knew the personal tastes of the Millers because she put her professional magic to work at a home they bought in Leamington on Hilton Head in 1999.

“The chemistry between Cris and my wife was really key to this place,” said Bill, a Washington, D.C., native. “We had to find a way to soften it and lighten it up.”

Taylor went to work with her color palette, spatial positioning skills, and creative blending of furnishings that were part items inherited from the previous homeowners, part family heirlooms and personal mementoes, and part new custom-designed pieces and original artwork. 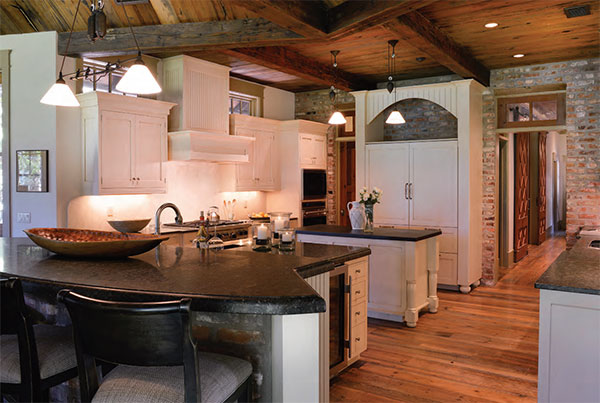 “We used very neutral whites and creams,” Taylor said. “There was a transformation from a dark to a lighter finish. We didn’t use a lot of color because there was already a lot of architectural interest and beautiful views. We went to the extreme with whites and creams, and we changed the color palette to showcase the home and the architecture best.”

The master bedroom underwent the most dramatic change.

“Bonnie said, ‘This is a man cave,’ dark and foreboding,” her husband said. 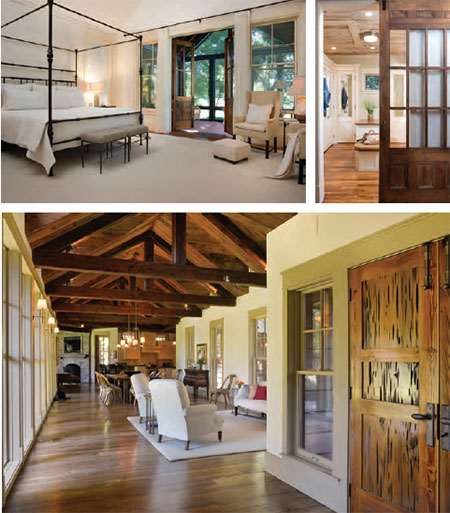 That changed. Gone was a heavy green, gold and red drape covering one window that overlooks the gorgeous retro courtyard, large lagoon and lush, natural landscape outside. An adjacent double-door screened porch also brings the magnificent vista inside.

Esposito Construction in Bluffton covered up — but didn’t remove — the dark reclaimed maple wood ceiling with 1-by-8-foot shiplap planks, which were painted in the fresh neutral color as the rest of the room and living spaces.

“It’s a Lowcountry feel that’s a much more warm and comfortable living space, especially with the views and the screen porch,” said Brian Esposito, the company’s owner. 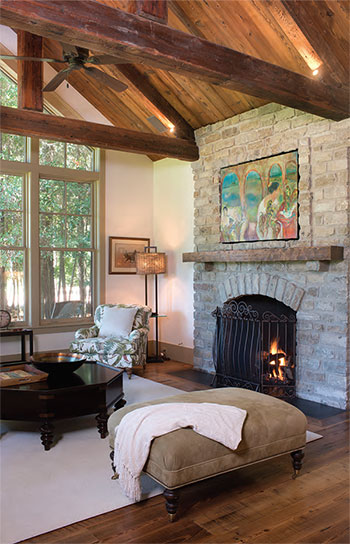 “It’s light and airy and a very peaceful place,” said Bonnie, a former Pan Am stewardess and personal secretary to Dr. Henry Kissinger at the White House during President Richard Nixon’s term. She spends considerable time at the Palmetto Bluff stables, tending to her horses and dressage.

Esposito and his team repainted the entire living space in the one-story main residence — there’s also an annex and guest suite above the garage connected by breezeways — and KPM Flooring in Hilton Head provided new rugs to complement the reclaimed heart of pine flooring and add some color to the neutral color scheme throughout.

In the foyer, Taylor and Bonnie collaborated on buying a Lowcountry landscape painting from Four Corners Gallery in Bluffton and a new rug from KPM, while repositioning a lowboy family heirloom. Another wall showcases several colorful local paintings of marsh birds.

“We brought in color with the artwork,” Taylor said.

Bill’s study also received a lighter touch. Bookcases were replaced by glass shelves, with delicate lighting to show off silver harness racing trophies earned by his grandfather in the early 1900s and prized sports photos. Personal memorabilia from his harness racing lineage — his family built and owned the famous Rosecroft Raceway in Maryland — include a display in the family room of his grandfather’s jockey racing silks from the 1940s. 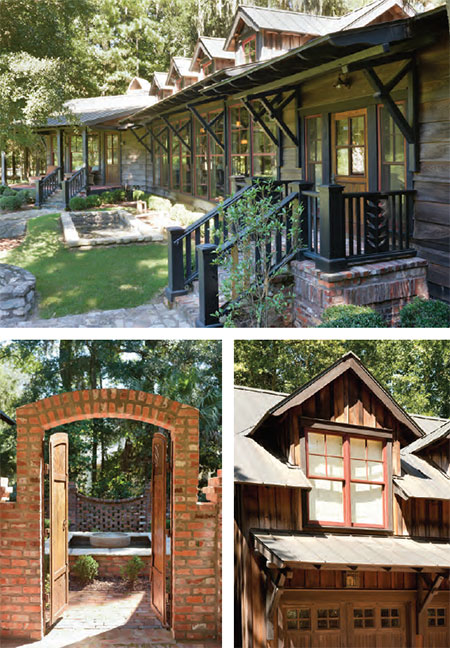 Taylor said she positioned a curio cabinet in the living room to display “wonderful historical memorabilia from Bonnie’s career” and worldwide travels. “It makes it very personal.”

Besides the reupholstering of the existing furniture, she also added silk pillows as accessories in the living room.

“We created serenity with the furnishings,” Taylor said.

Outside, the reclaimed heart of cypress wood on the siding, trim and shutters was washed, bleached and stained to soften the look.