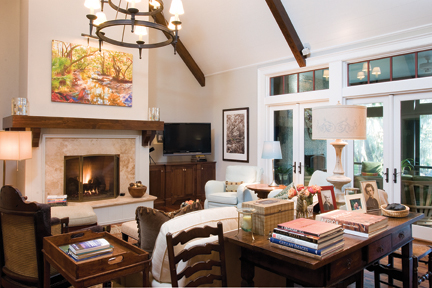 “My idea was that my first venture would be to build the guest house. That way I could live in it while I built the main home and be close to the project as it developed,” said Ketchum.

But a funny thing happened on the way to building the main house: Ketchum found herself falling in love with her new modest-sized sanctuary.

Working with professionals like Vanderslice and Ruegamer “was amazing,” said Ketchum.

“As we began the journey, both Joni and Mike encouraged me to explore all of the possibilities I had imagined, and then helped me filter through what would work the best for my home and my design.”

Ketchum longed for a retreat, a place where she could entertain friends, relax and feel a sense of home.

In keeping with coastal aesthetics and in response to the beautiful natural setting, Ketchum’s guest cottage is strategically positioned on the lot to take advantage of the view and features sophisticated exterior architectural details. 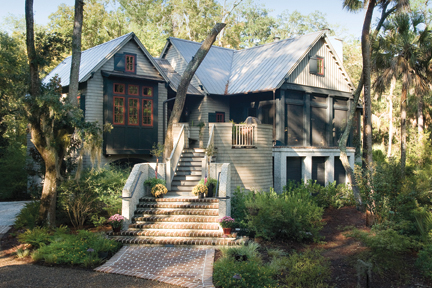 To help the LEED (Leadership in Energy and Environmental Design) certified home live large, the front room is one big open area and every bit of space is visually interesting as well as practical and functional. It features a pitched ceiling and dramatic beams, grand light fixtures and reclaimed pine floors. While the walls are neutral, fabrics are rich with texture, color and patterns that reflect the sophisticated eye of both Vanderslice and Ketchum. A sofa and comfortable seating surround the massive fireplace, subtle in their tones of pewter browns and a whisper of blue.

“Joni has an incredible way with antiques, and I wanted a blend of old and new to give the cottage a feel of being alive and lived in,” said Ketchum. Vanderslice worked her magic and found beautiful pieces that anchor the space and serve as interesting focal points for the room. Books on South Carolina’s coastal area are stacked on tables and an antique desk is the home for photographs of family and friend.

The dining room makes creative use of two square tables that can be combined for a large dinner party or be used separately for a game of bridge. Once again, the scale of the furniture, along with the stylized dining chairs, adds a touch of casual elegance to the cottage feel.

The result of this process speaks for itself. Ketchum has vowed to someday build a main home, but for the time being it’s a pretty good life being a guest in her own home. 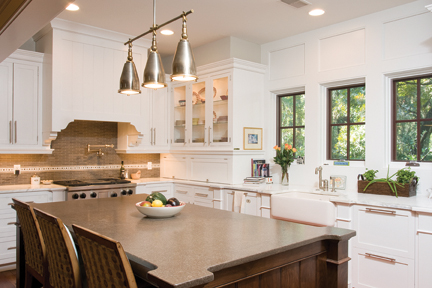 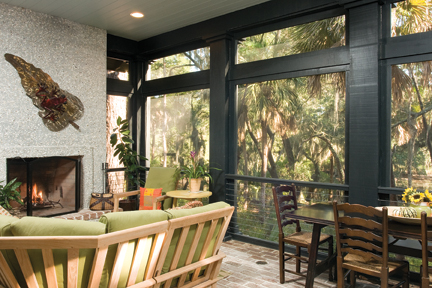 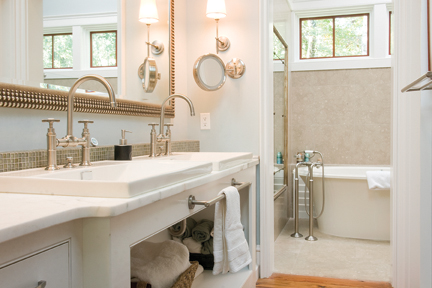