The homes will be priced in the mid-$300,000s. Construction on the homes will not start for a few months, but Village Park Group has begun clearing trees and installing utilities at the site. 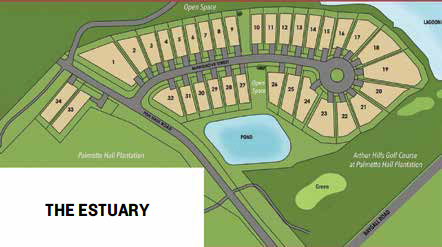 This is the second neighborhood that Village Park Group is building on the island. Construction on homes at the Marshes at Broad Creek subdivision, located on Marshland Road, is set to begin in May.

At its seventh annual Grants Luncheon, held in February, the Wexford Plantation Charitable Foundation presented grants totaling $210,000 to 32 local charities. This brought the total value of grants awarded by the foundation since its inception in 2012 to over $1 million, a milestone achieved through the generosity of Wexford members. The luncheon was dedicated to Charli Bobinchuck, the 11-year-old girl killed struck and killed by a car in June while she was crossing William Hilton Parkway. In 2016, Charli donated her savings to the Wexford Foundation. During the luncheon, foundation chairwoman Sue MacCormack presented a small statue to Charli’s mother, Daisy, that will be placed in Yacht Cove, where Charli lived with her family.

The National Association of Home Builders has awarded Minto Communities its 55+ Builder of the Year Award; Minto’s Latitude Margaritaville Daytona Beach has been named the 55+ Community of the Year. Minto won a total of 18 Gold and Silver Awards from the national group’s 55+ Housing Industry Council and the National Sales and Marketing Council. Minto is currently constructing the new Latitude Margaritaville in Hardeeville. 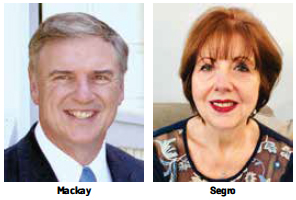 Frank Mackay and Carole Segro have joined the team at Century 21 Diamond Realty as sales professionals.

Mackay has lived in the Lowcountry for the past 15 years. He has extensive experience with internet and database real estate marketing and was previously founder, owner, and CEO of two database and internet marketing firms.

Segro has 21 years of experience as a Realtor. Previously, her expertise has been with 55+ community relocations, single-family homes and vacation homes. She resides in Sun City. 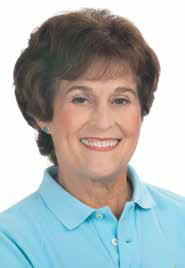 The Institute for Luxury Home Marketing has recently certified Joan Diamond as a certified luxury home specialist and awarded her Million Dollar Guild recognition based on outstanding performance in the $1 million-plus luxury home market. In addition, Diamond has earned official Accredited Buyer Representative designation from the National Association of Realtors and has received the Realtor Service Award for seven consecutive years from the Hilton Head Area Association of Realtors. Diamond represents Century 21 Diamond Realty and has sold properties on Hilton Head Island and in Bluffton since 2010. 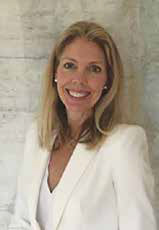 Sara Kurtz has joined the team at Schembra Real Estate Group as a sales professional. Kurtz relocated from Connecticut and has a degree from Michigan State University.  She has more than 15 years of experience in real estate and property management and was previously the director of sales and marketing for Bluffton-based Southern Coastal Homes. Kurtz and her family reside in Palmetto Dunes.