Weichert Realtors - Coastal Properties, which serves the greater Hilton Head Island area, is pleased to announce Amy McCormick has been named assistant manager of its Bluffton office. In this role, McCormick will help oversee the daily operations of the Bluffton office, coordinate agent trainings provided by Weichert and assist with the mentoring and coaching of both new and current real estate agents at Weichert to help the company grow its market presence. McCormick came to Weichert Realtors - Coastal Properties with many years of project management experience after working in the commercial printing industry. 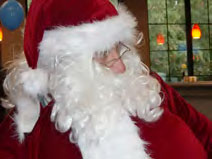 It’s that most wonderful time of the year again. As we all get caught up in the hustle and bustle of the Holiday Season, we tend to forget that Christmas is not always a special time of year for those less fortunate than others. But Santa never forgets; especially at Dunes Real Estate where they have their very own resident Santa. For many years Jeff Hunt has taken it upon himself to help make some children’s Christmas a whole lot merrier. Jeff purchases boys and girls bicycles and donates them to the local Deep Well Project. His compassion allows a group of underprivileged children the opportunity to wake up with a special present under their tree. Through Jeff’s kindness, the number of bicycles presented to these little ones have grown, and this year Jeff will be donating 110 boys and girls bicycles.

Greenwood Communities and Resorts has named Daniel Moskowitz the new broker-in-charge of Dunes Real Estate, a 37-year fixture in Lowcountry real estate. Moskowitz assumes the leadership position from Bill Baldwin, who has led the company for more than 30 years and will retire in January. For the past five years, Moskowitz, current president-elect of the Hilton Head Association of Realtors, has been training alongside Baldwin at Dunes Real Estate as director of sales and marketing to become the company’s new broker-in-charge. Moskowitz has served as a Realtor in the Hilton Head area for more than 10 years and holds a bachelor’s degree in economics from North Carolina State University.

Stephanie Fera joined the Multiple Listing Service of Hilton Head Island (HHIMLS) as Administrative Coordinator. Fera coordinates a wide variety of administrative and marketing duties, including special projects and events. She's been serving the real estate industry for more than six years, most recently with Ryan Homes, a nationwide new home builder. That company named her Northern Virginia 2014 Administrator of the Year and 2013 Sales Assistant of the Year.

Collins Group Realty welcomes Hilton Head native, Ryan Knapke, to their Hilton Head Listings Team as Listings Coordinator. Knapke will provide complete support and assistance to Broker/Owner, Chip Collins, who acts as the firm’s sole Seller-Client Specialist on the Island. Ryan will assist in the processing and marketing of properties listed for sale on Hilton Head. Knapke attended Clemson University prior to completing his degree at the University of South Carolina Beaufort.

Engel & Völkers welcomes Mark Mayer, Chris Batson and Daniella Squicquero to its growing team of Advisors. Mark Mayer brings passion and a breadth of real estate experience. He began his career in New York, some years helping over 200 clients in a single year. He moved to Hilton Head in 1997 and eventually began The Mayer Collins Team, the first real estate team in the area. He has enjoyed 19 years of success in real estate, as an entrepreneur owning Lawton Stables,  and a volunteer, sharing countless hours with Special Needs Students and Heroes on Horseback. Chris Batson joins Mark Mayer as a Sales Assistant and millennial tech-guru. While analytical and tech-savvy, Chris also adds depth to the white-glove service Mark Mayer insists on.  Chris' previous career was an assistant with the West Olivetti Law Firm. Daniella Squicquero, a recently certified EPro Realtor, joins the Engel & Völkers team because, as she says 'the Engel & Völkers brand aligns so well with my personal brand and passion for the Lowcountry lifestyle'. Daniella's real estate experience, combined with her deep knowledge and passion for local food and events, enables her to sell more than a home - she sells the lowcountry lifestyle.

Katie Fletcher has joined Diamond Realty & Property Management as an Administrative Assistant. She will be helping renters and assisting in the daily operations of the office.  Originally from Honolulu, Hawaii, she transitioned to the beautiful low country in the late 1990’s and has lived here ever since. She attended the College of Charleston and the University of South Carolina Beaufort, and graduated with her B.A. in Psychology in 2014.

Kathy & Bob Michatek have just come back to RE/MAX Island Realty. Kathy is a Real Estate Agent with over 30 Years of Real Estate Experience.  She was a successful agent for many years in the Rochester NY area, prior to moving to Bluffton. She has been working as a real estate agent here in the greater Bluffton area since 2005, and feels privileged to be working with RE/MAX Island Realty. Kathy loves working with both buyers and sellers. Bob is a Real Estate agent with RE/MAX Island Reality. He started his real estate career in upstate New York, assisting his wife Kathy. Bob has experience as a Property Manager and Agent here in Bluffton / Sun City. Bob’s first career was as a program Manager for Xerox Corporation, he earned his Master’s Degree in Engineering from RIT and his MBA from the University of Rochester.

Charter One Realty has announced that longtime real estate professional John M. Weber has joined the company as an Agent.  John will be working out of the Berkeley Hall Office. Weber, who has been involved in the real estate industry since 1986, brings extensive knowledge and experience. John was the Broker in Charge for Hilton Head Plantation in the early 1990’s, and has sold and marketed exclusive private club communities throughout Florida, the Carolinas, and the Caribbean. Some of the more notable communities where John sold and marketed luxury properties were The Greenbrier in WV, Orchid Island Golf & Beach Club and Windsor in Vero Beach, FL, Ritz Carlton’s Tiburon and The Vineyards in Naples, FL, Governor’s Club in Chapel Hill, NC and many of the Ritz Carlton communities in the Caribbean.

South Carolina REALTORS® (SCR) released its October housing market reports which indicate the market continues to move steadily at a comfortable pace. New listings were down one percent to 7,604. Pending sales decreased ten percent to 4,930. Inventory shrank by six percent compared to last year and is down to 34,699 units. Prices moved higher and median sales price was up almost five percent to $181,500. Homes are selling quickly with most on the market for only 92 days. Month's supply of inventory was down almost twelve percent to five months.

Cindy Creamer was recently certified by the Real Estate Negotiation Institute (RENI) of Peoria, Arizona, as a CNE® Certified Negotiation Expert. The CNE is earned by real estate professionals after successfully completing formal negotiation training. Agents who receive this certification are among the top agents in the country in negotiation skills.

Diamond Realty & Property Management welcomes Michael Apy to their team of experienced professionals serving Hilton Head Island and Bluffton. Michael is a licensed Realtor with specialized Low Country experience since 2008. Michael Apy was born and raised in New Canaan, Connecticut and graduated from Northeastern University with a BS in Finance & Insurance. He returned to New where he owned an independent insurance agency for 30 years. While living in Connecticut Michael served on the Town Council for 16 years, a two-time President of the New Canaan Lions Club and was an active volunteer in many Town activities.