AVOID DECEPTION IN THE AFTERMATH OF A HURRICANE

No one wants to be on the receiving end of deliberate deception, but unfortunately it happens.

Scammers strike when emotions are high, and what better time than after a natural disaster like a hurricane, where both property and people can be damage victims. 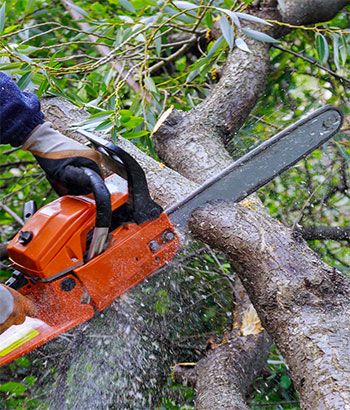 “They come in quick and prey on your fears,” says Calendine, a 22-year law enforcement investigator. “Contractor scams are a common one. You always want to check and see if they have a license, and get all estimates in writing.”

South Carolina Labor Licensing, SCLLR.com, is a great resource to verify all professional licenses. Legitimate contractors will be part of this list.

Bromage and Calendine recall the devastation from Hurricane Matthew that hit the Lowcountry in 2016. There were nearly 3,000 damaged structures, 120,000 downed trees and miles of debris. Bromage recalls: “Chainsaw crews were everywhere. Out-of-state contractors were coming out of the woodwork.”

In addition to checking for licenses, ask for a written contract. Without one there is nothing to ensure they’ll complete the job or not return asking for more money to finish the work.

Asking for cash up front, or to use cash apps like Venmo or Zelle to pay, is another red flag where by-passing your insurance company is offered as a “convenience.”

Verify victim relief funds and any online, “click-to-donate” sites which can be hacked.

“You never want to donate money based solely on an email,” says Calendine.

It is not difficult for someone to create a site with a false company logo, so it’s advised to close out that window and open that company’s main page for legitimacy. Make certain your kind gesture of giving is going where you intended.

“Bad guys are going to target an area, and they’ll begin by sending malware-type emails. It could look like your insurance company, complete with name and familiar logo, asking you to fill out a claim form for storm damage,” Calendine said.

They’re only looking for your policy number and personal information. Phone spoofing is another similar tactic, complete with their caller ID that shows your insurance company’s name

Also watch out for rental scams. A con artist takes money up-front to rent you “their property,” during a time where damage from the storm has left you without a place to live. Unfortunately, it’s often too late when you realize that there never was a property to rent (false address), or there was a property, but it was legitimately being occupied by someone else.