Everyone has a magic number. For me, it was 413. As in the $413 electric bill I received one summer a few years ago.

It was that bill that led to my decision to cast off the shackles of the electric grid and set my home free as a self-sustaining solar powerhouse. And by my decision, I of course mean it was my wife’s decision. But I stand by it, because while there were of course upfront costs, we haven’t seen a power bill anywhere near that size since. Our last bill, for heating a modest suburban home; keeping three children fed, cleaned and laundered; and charging both an electric car and a golf cart for a month was just $60.

One month we had a negative bill. You’ve never known happiness like getting a check from the power company. 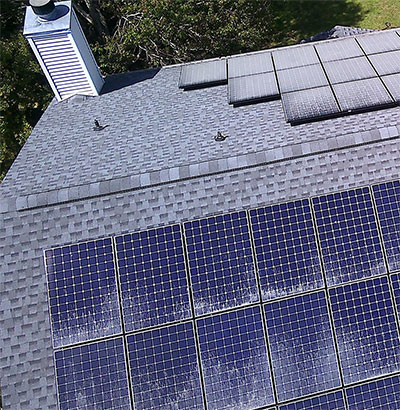 While she is happy with the way her panels have worked for her home, she cautions new owners that there are a few things they should make sure they look out for.

“Getting a roof replaced when you have solar panels is a big deal. If you know you’re going to get your roof replaced in the first four to five years, you might want to do that first,” she said.

It’s a big consideration, but it’s not the only one.

“The age of the existing roof is a big consideration,” said Fred Baker II, general manager at Carolina Energy Conservation. But not the only consideration.

“In the Bluffton and Hilton Head area, you have a lot of natural beauty and trees. You want to see what your actual sunlight exposure is throughout the day,” he said.

One important note for those of you looking to keep a refrigerator and the A/C running after the next “hurrication” power outage — your panels will not power the home during a blackout. Solar panels are designed to feed energy out to the grid, rather than directly into your home. You provide the energy, and the power company takes it off your bill.

“Palmetto Electric is one utility that goes one for one — what you buy energy for is what you sell it for,” said Baker. “But a lot of utilities are changing their policies. So, we talk to homeowners about shifting how they do things in the home, like running the dishwasher during the day while the solar is producing.”

If you are looking for the emergency power during an outage, there is a solution. One popular add-on is a battery backup, which collects the power generated by the panels and stores them in a way that lets you plug in a few appliances in an emergency.

“The security of a battery backup is one of the biggest things that homeowners are looking for, especially on Hilton Head Island up to Charleston,” said Baker. “We’re a Tesla power log dealer, but there is a waitlist on those right now.” 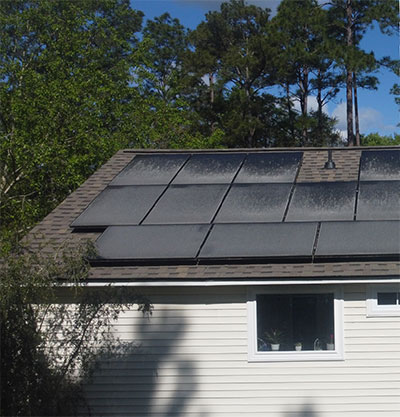 He also notes that the type of solar panels is a question you’ll want to answer. His firm offers two types, a more affordable model built in China which runs direct current down to an inverter on the side of the home (the type I have) and a French-made model in which each panel has its own microconverter.

These panels cost more up front, but their output is guaranteed for 25 years.

Ultimately, for Weir, it’s not about the money anyway.

“I don’t think someone should go solar for purely economic reasons, because I think they’ll be disappointed,” she said. “I want to be able to say to myself and my kids, ‘This is a concrete thing we did to make the environment better. For that alone, I’m glad I got them.”