She scrolled past it, but decided she should look more closely at the opportunity when she realized she qualified for the contest.

“I mean, how many times am I going to be the mother of a groom? Hopefully only once,” Lash said, referring to her only child, Alex, who lives in Charlotte and will marry fiancé Kaitlyn on May 18 at the South Carolina Yacht Club in Windmill Harbour. 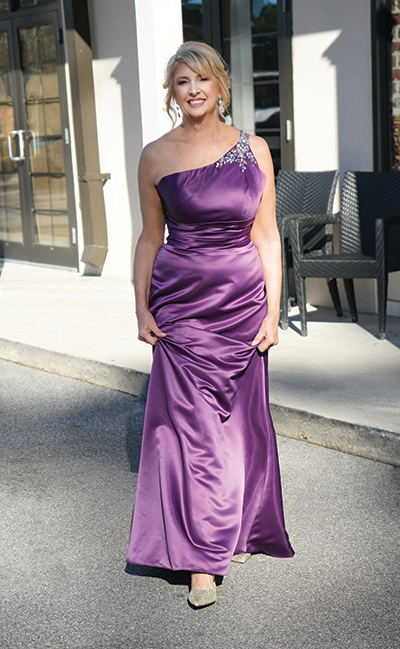 Her transformation began in early January. Lash sent in her entry and in a live drawing at Monthly’s headquarters won the services of professional stylist Kathryn Mademann, who would curate her clothes, hair and makeup for the big event.

Lash, 68, is a retired teacher who moved to the Lowcountry from Greenville with her husband, Steve, in 2016. In her contest entry, she wrote, “I’m so excited that my son and his fiancé chose Hilton Head for their wedding site. The memories from the wedding event will make this truly seem like my home.”

Knowing the wedding weekend was approaching, Lash “had my shopping antennae in high gear.” She’d looked online, in stores and even in friends’ closets for an outfit for the casual rehearsal dinner at Skull Creek Dockside and a formal dress for the wedding day. But everything she tried on was “too old or too plain, or there were too many choices” and she was growing frustrated.

“I leapt at the chance to work with Kathryn Mademann,” Lash said.

The two started out with a shopping trip. With the help of Ruth Stern and Jessica Sanders, Mademann selected a comfortable but elegant flowing teal outfit at Birdie James boutique on Hilton Head. The top and matching pants are from Birdie James’ own collection. 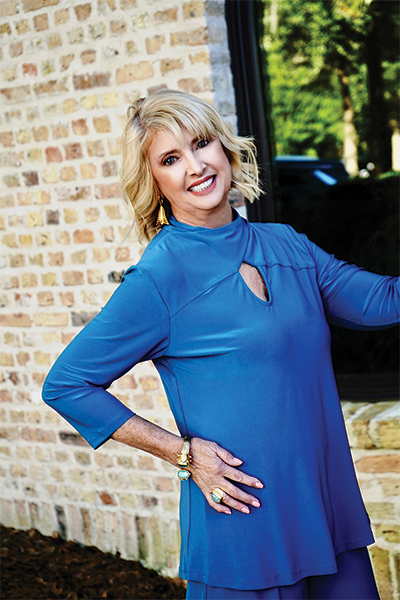 “The drape of the fabric gave this outfit an easy, flowing feel,” Mademann said, adding that the teal accentuated Lash’s beautiful green eyes.  Earrings, a bracelet and a ring from Birdie James completed the look.

Then they were off to LowCounty Bridal & Gown in Bluffton’s Sheridan Park, where owner Christina Vicaro helped them pick a dress that would flatter Lash and coordinate with the bridesmaids, who will wear navy blue. Lash tried on several dresses but was stunning in a dark violet, one-shouldered Kanali K gown.

“People shy away from violet or purple, but I am a big fan of it,” Mademann said. “It’s a happy color that looks great on many people. You just have to find the shade that’s right for you.”

“Kathryn looked, she listened, all the while developing a plan for the style that would match the wedding events and me,” she said. “She was a hawk to the prey when it came to colors and fabrics that flatter.” 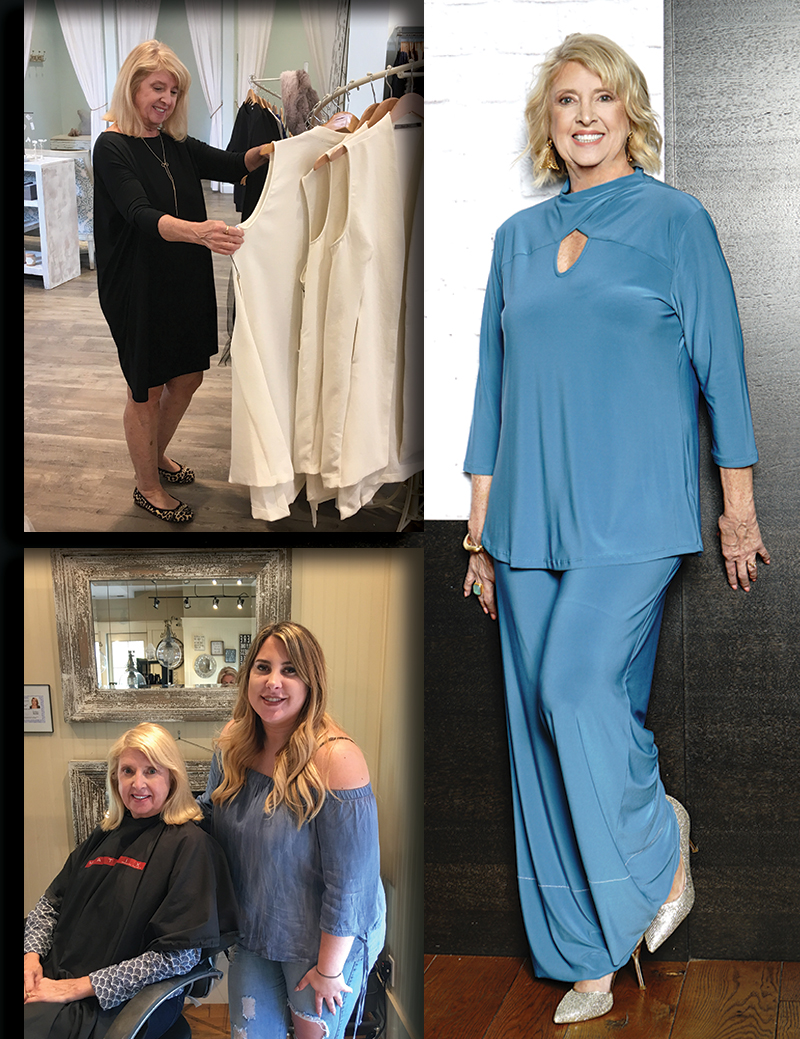 A few days later Lash, Mademann and photographer Guido Flueck met at Salon Karma in Bluffton for hair, makeup and photos. Kim Seaglund, the new owner of Salon Karma, and hair stylist and makeup artist Josie Jones agreed that Lash’s hair color was pretty, so instead of a color adjustment they applied a Kerastase customed-tailored Fusion Dose treatment for nourishment, shine, body and density.

Lash wanted a new hairstyle but wasn’t sure what would look good on her.

Jones gave her a fresh, soft lob — a long bob.

“The cut really brought me into the 21st century. It’s contemporary,” Lash said. 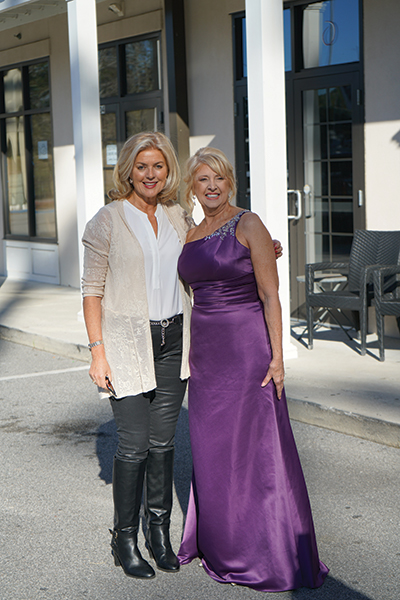 For the photo shoot of the "Night Before” outfit, the stylists added a few waves.  For the "Wedding Day" look, Jones created a beautiful up-do.

Then came the makeup. Lash said she stayed quiet during the session so she could watch the artist at work.

“Josie had many palettes open and her brushes were flying,” she said. “My favorite moment was when she spun me around in the chair.”

The photo shoot was fun for Lash, who is a producer and co-anchor for Sun City’s TV station. Flueck “made me feel as worthy a model for him as someone who models full time,” she said.

When it was all over, Mademann said she enjoyed working with Lash because she was very excited for the makeover and updating her look.  “Helping people make changes — no matter how large or small — is so gratifying,” Mademann said.

“While my results were unbelievably fantastic to me, I was never lost in the process. I never felt fake. This is a look I can adapt into my daily lifestyle,” she said.

Stylist Kathryn Mademann is a former model with 30 years of experience in fashion, media and communications. She hosted fashion makeover TV show “On Trend” and now leads style workshops and consultations in the Lowcountry. Contact her at kathrynmademann@gmail.com.