The sweetest part of a wedding is, of course, the moment when two people who love each other make that lifetime commitment with the words “I do.”

A close second, however, is the dessert guests are served hours afterward. And despite the national trends of candy stations, cookie-and-milk shooters and late-night sugary cereal bars, the traditional wedding cake still holds court at Lowcountry wedding receptions. 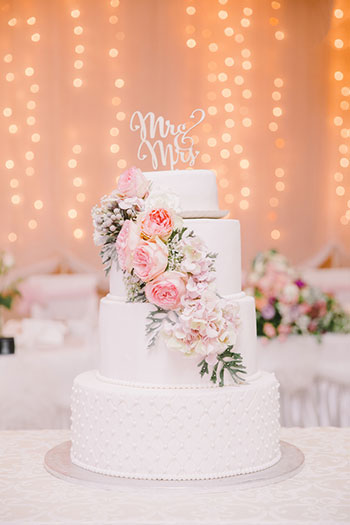 “In most cases, it’s more traditional here. Larger weddings of 150 to 200 people usually stay with a more traditional large cake, and then something traditional for the groom, whether it’s a stylized groom’s cake or something funky like donuts,” said Signe Gardo, owner of Signe’s Bakery and Café.

Gardo made her first wedding cake in 1975, and said things have changed a good bit since then.

“Today’s cakes are cleaner, smoother,” she said. “In those days they were a little more clunky. Lots of buttercream.”

Gardo says she can create any flavor a bride can think of, but the perennial favorites are still lemon curd with raspberry, “or something chocolatey.” The naked cake trend of the previous few years seems to be fading, but couples are still asking for “simple” cakes, often with smooth sides and not much color.

“Some brides come with logos or themes, and I love doing that,” she says. “That gives me a chance to play with it.” 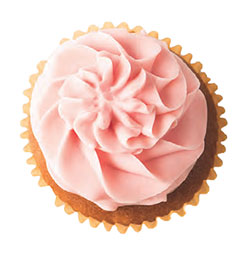 A shift in the “everyone gets a slice of cake” mindset is seen more at smaller weddings, where brides and grooms are opting for a smaller cake to cut and then cupcakes or some other dessert offering for most of the guests.

“They’ll do little cupcakes or tarts or cookie trays, so there can be a display,” Gardo said. “The wedding cake itself might only serve 25 people, and the rest of it will be side desserts.”

Michelle Erford, who got married in May, opted for this choice. “We did a two-tiered cake and then had cupcakes on one stand,” she said. Erford wasn’t going to do a cake at all, opting instead for a nontraditional dessert, but when some family members found out there’d be no wedding cake, there was grumbling. “They were like, ‘How is there not gonna be cake at the wedding?’”

But cupcakes, Gardo says, is a perfectly acceptable option in today’s wedding world. 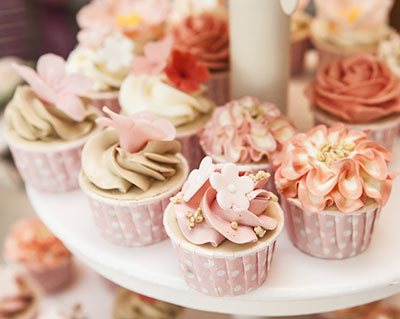 “Cupcakes were a big thing almost 10 years ago now, and they seem to be taking another trend again,” she said. Gardo offers a variety of cupcake flavors and suggests couples think about their guests before offering several different flavors with a unified look.

“When it’s all one color or decorated to all look similar, then people don’t know what they’re getting until they jump into it,” she says.

Another pro tip: If you opt for mini cupcakes or other bite-sized treats, order enough so your dessert table doesn’t get stripped in a few minutes’ time.

“When you do mini cupcakes and mini things, expect people to take one of this, one of that, one of that,” she says. “The whole point is for each guest to have a nice dessert plate.” 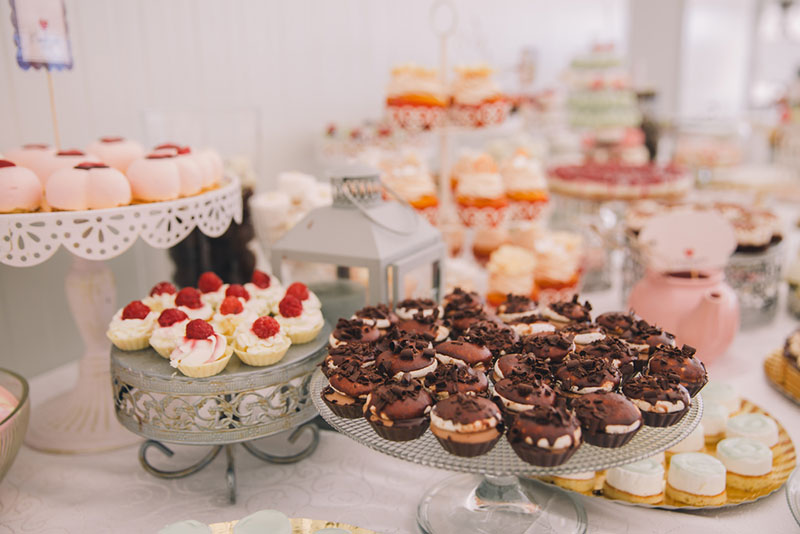 Finally, if couples are thinking about doing a Southern spin on the dessert table with pies instead of cake, Gardo suggests tarts.

“I don’t particularly like pies at a wedding because they’re messy. We can make the pies, but you put a pie out there, and who’s going to serve it? Are people going to dig into that mess themselves?” she said. “Little tarts, that’s cute. But big pies? No.”