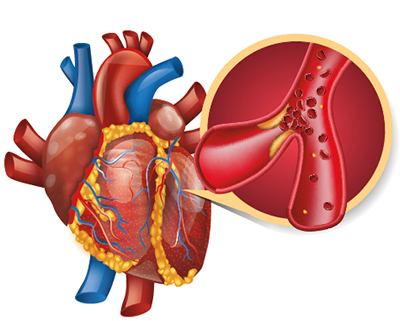 Not all heart attacks are dramatic events; some are so-called “silent heart attacks” that cause serious damage and increase risks of cardiac death but don’t cause typical symptoms. These cardiac events are especially dangerous because without adequate knowledge, patients cannot make the same lifestyle changes as their counterparts who know about their heightened cardiac risks.

Yet a study from Finland and Iceland found that 10-year rates of cardiac death and complications like congestive heart failure were the same for patients who had experienced silent myocardial infarction as for those who had experienced heart attacks. A second study based on autopsy results found that a full quarter of subjects had cardiac scarring associated with silent heart attacks.

A new device is improving survival odds for heart attack victims. A thin patch containing micro-needles is attached to the heart, and the needles deliver molecules that help heal tissue damaged by the heart attack.

So far, researchers have only tried the patch on animals, but results seem promising: The hearts of animals treated with the patch out-perform those without it. However, much work remains to be done to determine the efficacy and long-term safety of the device in humans. Researchers also are looking for less-invasive ways to implant the device and are trying to find the polymers to make it out of.

Correcting leaky heart valves in children is a complex problem for pediatric surgeons. Usually, multiple surgeries are required because valve repair techniques cannot accommodate for heart growth; as the child ages and grows up, new surgeries are required to help the valve keep pace. But a new prosthetic made of stretchy mesh could change that.

During a single surgery, the stretchy, interwoven implant would be wrapped around the base of the heart valve to keep it from leaking. Over time, the prosthetic would grow and stretch with children’s hearts, eliminating the need for multiple procedures.

Human trials of the prosthetic are expected to begin within several years.

POOR AND INSUFFICIENT SLEEP TIED TO HEART DISEASE AND STROKE 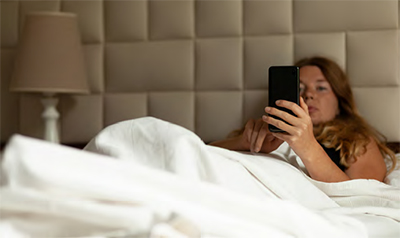 Researchers have discovered that there are five types of sleepers who might have lower risks for heart disease and stroke: Early risers, those who sleep seven to eight hours a night, those who do not suffer from insomnia, those who don’t snore, and those with little to no daytime sleepiness.

There was a 34% difference in cardiac risk between poor sleepers, who fit in zero to one of the healthy sleeper categories, and those who could be classified as all five types of sleeper. The results held even when the subjects had a genetic risk for cardiovascular disease, suggesting healthy sleep is protective against heart problems.

Researchers following nearly 160,000 post-menopausal women over the course of 11 years found that frequent weight changes hurt health outcomes. That was true even when the weights were within normal range, with up to three times higher risk of heart death for yo-yo dieters over those with stable weights. Notably, the dieters’ risks were higher than those who maintained a consistent weight that was over the ideal range.

While the study cautions readers that the data is not completely conclusive, it makes sense that increased stress on the heart from weight cycling could have negative consequences.

A research team using a national health registry of Swedish patients found higher rates of cardiovascular disease in patients who had experienced post-traumatic stress disorder and other psychological trauma.

The team identified Swedish patients with stress-related disorders like PTSD and other mental illnesses from 1987-2013 who did not have a history of cardiovascular disease and then compared those patients’ outcomes with those of their siblings and unrelated peers. The researchers determined that the patients with stress disorders and acute trauma had poorer heart health overall.

Despite previous concerns with the cognitive impacts of statin drugs, a study in Australia has shown no link between their use and mental acuity over time.

Over the six-year study, researchers measured mental acuity in people ages 70 to 90, using MRIs conducted two years apart. Cognitive changes were the same in subjects who regularly took statins and those who had never taken them. In fact, those with heart disease and a genetic risk for Alzheimer’s disease showed better scores on some memory tests.

THESE HEALTH UPDATES WERE EXCERPTED FROM SCIENCE NEWS AND THE NEW YORK TIMES. FOR THE FULL STORIES, SEE NEWYORKTIMES.COM AND SCIENCENEWS.COM.