The iconic Bluffton scene at the end of Wharf Street — the oak trees, the May River and the Daddy’s Girl  shrimp boat — will be in the background this year as participants cross the finish line of the Bluffton leg of the seventh annual Pledge the Pink three-day walk to raise money for breast cancer treatment in the Lowcountry.

The event, which used to be called the LoCoMotion, will be held Oct. 25-28 — but tickets sold out in January. Laura Morgan, founder and director of the event, said the three-day, 30-mile walk was capped at 1,500 people for 2018. More than 1,000 of those spots sold within the first two weeks, she said.

“This year, we have 49 states represented,” she said. “I have a bounty for anyone who brings us someone from North Dakota.”

This is the first Pledge the Pink for Kim Stanford, 60, who is traveling to the Lowcountry from Anchorage, Alaska. 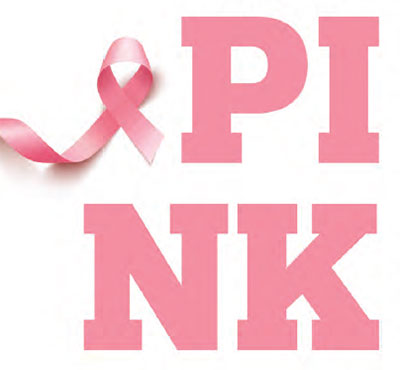 “I’m just looking forward to the event,” she said. “I’m really drawn to the beach, so I’m really excited about that.”

Stanford is aiming to run 2,018 miles in the year 2018, and the 30-mile walk will add a large portion to that goal. She says she likes the way the event is structured, and how the money is distributed.

“I do like what Laura has put together — that every bit of money goes to the people who need it, not the administration,” she said. “I walk because I can for those who can’t.”

Morgan said the majority of participants come from outside the Lowcountry. This fit with her goals for the event when she started it.

First, she wanted to raise money and awareness for breast cancer.

“Two, was to drive heads to beds,” she said. Because October ushers in the off-season for Hilton Head, a large event helps ease the financial blow.

And third, she wanted to get people in motion. Morgan said people are often intimidated by the idea of running a 5K or a 10K, but as soon as she shaped it as a walk, people stopped being afraid.

“What separates us from the other races is that we’re real people. We have 100 to 125 men, and boy, they are happy,” she said. “They tend to dress up the most and get catcalls and such. It’s great to see normal, everyday people — not lean, mean athletes out there trying to beat their personal best.”

Over the three days, participants run or walk 10 miles in a different part of the Lowcountry each day. This year, the course includes Fripp Island, Bluffton and Pine Island before ending on Hilton Head Island.

The event’s fundraising extends beyond the walk. Each year, the group sells pink lawn flamingos for $50 — the same cost as a single mammogram. The “Mingos for Mammos” hit its goal of $100,000 before September, so organizers raised the goal to $125,000.

In addition to covering the costs of mammograms, the fundraiser helps offset the cost of transportation to and from appointments, chemotherapy, childcare, elder care or other needs for people undergoing breast cancer treatment.

“It’s really sad to think that transportation and/or parental responsibility is what keeps people from taking care of themselves and staying alive,” Morgan said.