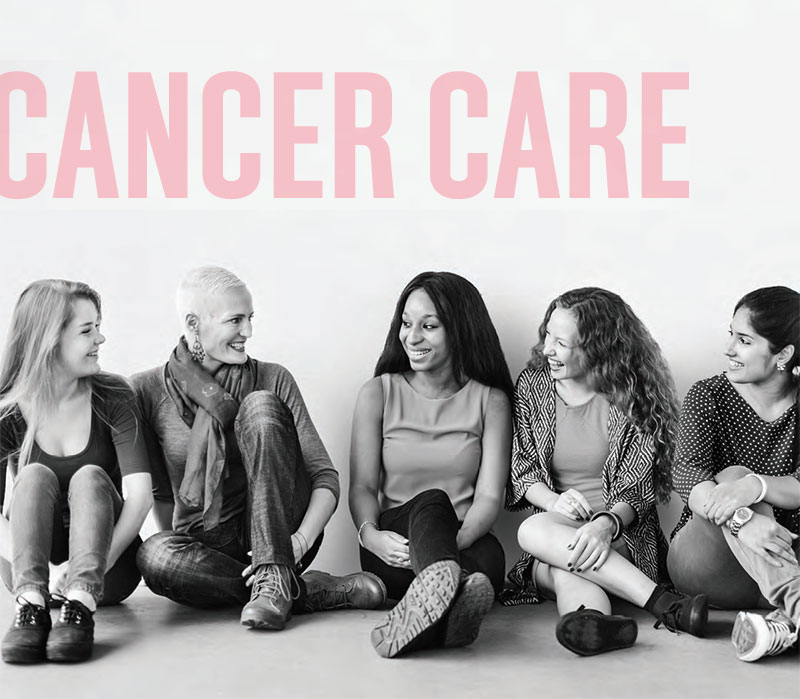 A major national study has found that many women with early-stage, intermediate-level breast cancer don’t need chemotherapy, and local doctors are examining its implications for breast cancer treatment.

The TAILORx trial, which stands for Trial Assigning Individualized Options for Treatment, enrolled more than 10,000 women with breast cancer who fit specific credentials, making it one of the largest precision medicine trials ever for breast cancer, and possibly all cancers.

The study’s findings were released at the American Society of Clinical Oncology’s annual meeting in June in Chicago. The study began in 2006 and was paid for by the United States and Canadian governments, as well as philanthropic groups such as the Susan G. Komen Foundation, the Breast Cancer Research Foundation and the U.S. Postal Service Stamp Program. Genetic testing company Genomic Health also contributed starting in 2016, according to a New York Times article.

The tumors of patients enrolled in the trial were analyzed using a molecular test. The women were assigned a risk score on a scale from 0 to 100 based on the odds their cancer would recur. In earlier trials, researchers found women in the lowest range, with scores of 0 to 10, would not benefit from chemotherapy so they received hormone therapy only. Women in the highest risk category, with scores of 26 and higher, were treated with both hormone therapy and chemotherapy.

The most recent results show that most women in the intermediary phase also did not benefit from chemotherapy, meaning about 70 percent of chemotherapy patients likely do not benefit from the treatment. The findings apply to about 60,000 women a year in the United States, Dr. Joseph A. Sparano of Montefiore Medical Center in New York told the New York Times. Sparano was the leader of the study.

Local experts confirmed that doctors struggled for years with making decisions about women with intermediate level breast cancer and are grateful that the study results will provide guidance.

“We didn’t know what to do with those in the intermediate [group],” said Dr. Gary Thomas, medical director of South Carolina Cancer Specialists and director of St. Joseph/Candler Medical Center’s chemotherapy programs in South Carolina.

He praised the patients who participated in the seven-year trial.

“It wouldn’t have been possible without the women who agreed to go on this trial,” he said.

The findings of the study mean that some patients will be able to avoid chemotherapy and its harsh side effects, which include hair loss and vomiting.

For affected patients and their physicians, this will come as welcome news.

“There’s a lot of toxicity to chemotherapy,” said Dr. William Burak, breast surgical oncologist at the Center for Breast Care at Memorial Health University Physicians. “Why give it when it’s not going to help?”

Local cancer specialists routinely recommend genomic testing for women with estrogen-sensitive, HER2-negative tumors that are no larger than a centimeter and have not spread to more than three lymph nodes. The tests help oncologists assess a patient’s risk of the cancer recurring and how likely she is to benefit from chemotherapy after breast cancer surgery.

“Unlike genetic testing for breast cancer, these tests analyze the genetic makeup of the tumor itself, allowing us to determine up front if it is likely to respond to chemotherapy,” said Beaufort Memorial Hospital board-certified medical oncologist Dr. Marcus Newberry. “For women with a specific type of early-stage breast cancer, it can spare them from having to undergo chemotherapy if the test shows the drugs would be ineffective.”

The results of the study most affect women with early-stage, HR-positive, HER2-negative breast cancer who are age 50 or older. Breast cancer most commonly affects women ages 60 and older; the median age of women diagnosed in the United States is 62.

However, evidence still indicates that chemo might have some benefit for women 50 and younger, even if gene testing results suggested otherwise, so doctors are not completely ruling out the treatment option.