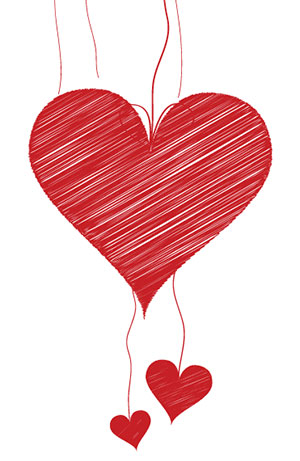 NEWS FROM THE AMERICAN HEART ASSOCIATION

You are what you drink

According to the American Heart Association, we’re drinking more bottled water, but it’s not affecting the number of calories we get from beverages. Consumers are swapping full-calorie sodas for sports and energy drinks, sweetened teas and bottled coffee drinks that are high in added sugar, negating any benefit from increased water consumption.

While heart disease remains the leading cause of death in the U.S. and stroke still ranks fifth, a recent report from the U.S. Centers for Disease Control and Prevention show that they caused fewer deaths in 2017.

HEART FAILURE AFFECTS ABOUT 6.5 MILLION ADULTS OVER AGE 20 IN THE UNITED STATES.

The study also reported that life expectancy dropped slightly for the second year in a row, explained in part by an earlier onset of high blood pressure, diabetes, obesity and other conditions.

Compared to married heart disease patients, being unmarried was associated with a higher risk of dying, according to new research in Journal of the American Heart Association.

According to a recent study examining five different dietary patterns, people who ate a plant-based diet — dark leafy greens, fruits, beans and whole grains — most of the time had a 42 percent decreased risk of developing heart failure over four years compared to people who ate fewer plant-based foods. Other dietary patterns, described as convenience, sweets, Southern or alcohol/salads style, were not associated with a decreased risk for heart failure.

Heart failure, a chronic, progressive condition in which the heart muscle is unable to pump enough blood to maintain its workload, affects about 6.5 million adults over age 20 in the United States.

Slow down at the dinner table

People who eat slowly are less likely to become obese or develop metabolic syndrome, a cluster of heart disease, diabetes and stroke risk factors, according to a new study in Japan.