THE MIRACLE OF MAGGIE MAINE, THIS YEAR’S HEART BALL HONOREE.

It’s the most wonderful time of the year — and, for many families, the busiest. Holiday parties. Shopping for gifts. Spreading peace and good cheer.

It’s easy to get swept up in the tinsel and twinkling lights, but the Maine family always makes sure their daughter, Maggie, is right in the middle of the action.

Maggie was born with a series of congenital heart defects that have made it hard for her to do the things other kids her own age do. But that never slows her down. 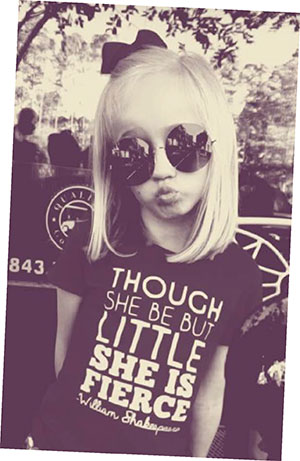 For example: On Halloween, Maggie’s tiny frame couldn’t keep up with the other young ghosts and goblins prowling Lowcountry neighborhoods in search of candy. She rode in a trailer, hopping out every few houses to collect her goodies and return to her ride while kids around her ran the streets, collecting sugary treats until their bags overflowed.

But before long, rallied by Maggie’s brother Mason, neighborhood kids were pooling their candy to make sure she didn’t miss out.

“She wound up with a bigger bag of candy than anyone else,” said her father, Jeff. “It’s really cool watching the effect a kid like that has on other kids.”

Despite a lifetime of hardships that began even before she was born, through endless physical therapy and numerous surgeries, there is a light in young Maggie Maine that will not be dimmed.

“Even on a bad day she still looks at us and smiles,” said her mother, Renae. “We’re motivated by her and people around her are, too.” 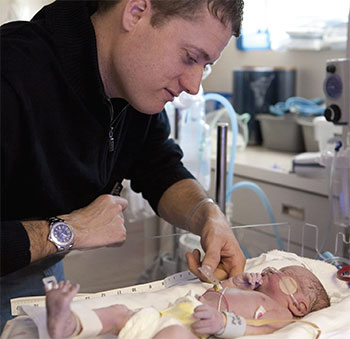 Despite her young age of 7, Maggie has proven herself to be both a source of limitless inspiration to those around her and an incredibly strong child. Diagnosed with Dandy-Walker Syndrome in utero when Renae was 26 weeks pregnant, Maggie has defied medical science.

Dandy-Walker is a malformation of the cerebellum, an area at the back of the brain that controls movement, but also can cause problems in other organs. Maggie is missing 50 percent to 75 percent of her cerebellum, and doctors were able to detect as many as four heart defects using ultrasound while she was still in utero. When Maggie was born, doctors were able to confirm the Dandy-Walker diagnosis, along with six total heart defects. They also discovered that she had suffered a stroke.

Eventually, doctors determined Maggie was well enough to allow Jeff and Renae to take their daughter home. Just three months later, she was back in the hospital.

“She was just very low energy. She wouldn’t eat and she wasn’t putting on any weight,” Renae said.

Her doctors decided to operate, performing open-heart surgery and installing a pacemaker. During the surgery, Maggie suffered another stroke. 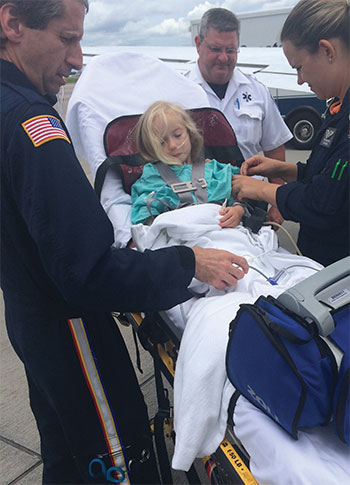 During times like this, hope can become a rare commodity. For the Maines, however, hope goes hand in hand with faith. And theirs never faltered. In return, they were granted a miracle.

Young Maggie took to her physical therapy immediately, her young brain rewiring itself as it grew. The girl who would never move was soon walking and running. The girl whose heart should have been too weak to let her move soon began to dance, expressing her endless joy through ballet. And, in defiance of conventional medical wisdom, the girl who is missing nearly half of her optic nerves can see.

“Textbook-wise, she should be blind,” Jeff said. “We’ve actually had her ophthalmologist tell us, ‘I don’t know why she sees.’ ”

“I don’t doubt for a second we’ve witnessed a lot of miracles with Maggie. In this day and age, people write that off, saying, ‘You’re just lucky,” Renae said. “For us, we just feel really blessed. You can’t just brush that off and say it’s luck.”

“We believe God has a hand in that. At the end of the day it’s His decision of what kind of life she’s going to live and what she can do,” he said. “We’re just here to be a part of that.”

Witness the miracle that is Maggie yourself at the Southern Coast Heart Ball, to be held Feb. 3 at The Westin Hilton Head Island Resort & Spa. Maggie will be the honoree at this year’s gala, which benefits the American Heart Association and focuses on raising awareness about cardiovascular disease and stroke.

Lowcountry resident Maggie Maine, 7, will be this year’s honoree at the Southern Coast Heart Ball. The event, which benefits the American Heart Association and its mission to raise awareness about the dangers of heart disease and stroke, will be held Feb. 3 at The Westin Hilton Head Island Resort & Spa. For more information, go to ahacharlestonsc.ejoinme.org/MyEvents/20172018SouthernCoastHeartBall.