While there were no fatalities and only a few injuries on Hilton Head Island directly caused by Matthew and Irma, there were other lasting effects.

A year after Matthew, Dr. Patrick Snowman, who works in the emergency room at Hilton Head Hospital, is still on the frontline of the hurricane fallout. The problem? Trees. Hurricane cleanup is dangerous business.

“One of the most profound health effects that I didn’t anticipate in the weeks, months and days following Matthew was the countless number of people we’ve seen with trauma, including fatalities, related to removing hurricane debris, repairing a roof or cutting down trees,” he said.

He said the hospital has seen patients with hurricane-related injuries like wounds, broken bones and concussions — and this flow of patients isn’t expected to ease up anytime soon. Almost 80 percent of injuries related to Hurricane Hugo, which hit Charleston and the surrounding Lowcountry in 1989, occurred after the hurricane, according to a six-year study by the U.S. Centers for Disease Control and Prevention. It could be the same with Hurricane Matthew and Tropical Storm Irma.

“Recently a middle-age female working for a contractor clearing tree debris died after a branch fell and struck her,” Snowman said. “Literally, since last October, we’re seeing echoes and reverberations of Matthew with weatherrelated trauma. I saw a case recently, one of the hundreds of cases we’ve seen this year following the hurricane, involving a tree branch. It fell on a gentleman’s house. He and a neighbor went up a ladder to remove it, and the branch struck him, knocking him off the ladder. The fall crushed his leg.”

A TOUGHER YEAR FOR BREATHING

The roaring gale-force winds and pounding torrential rains of Hurricane Matthew also affected the air we breathe. The greatest impact has been the allergens — pollen, mold, bacteria and dust — stirred up during cleanup, weeks and months after the hurricane.

“In my 41 years of medicine, I’ve never seen so many cases of respiratory illness,” internist Dr. Paul Long said. “And it continues. We’ve seen more patients with pneumonia than any other year. We normally don’t see so many cases of sinusitis, allergies and asthma, bronchitis, emphysema and pneumonia. If we charted all the respiratory illnesses that have increased, you would see an exponential line going up, up, up.” 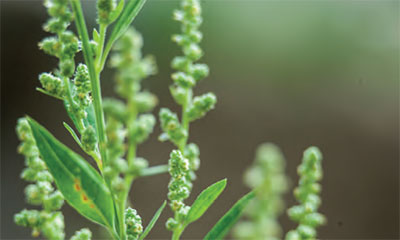 CLIMATE CHANGE, THE INCREASE IN STORMS AND THE RISE IN
TEMPERATURES ARE CAUSING OVERALL HIGHER AND HIGHER
RAGWEED POLLEN COUNTS. – Dr. Neil Kao

Dr. Thomas Beller, an allergist and immunologist, and other Hilton Head medical specialists agree. They have seen a significant uptick of respiratory illnesses and allergies since the hurricane. Fitz McAden, 68, retired executive editor of The Island Packet and The Beaufort Gazette, experienced respiratory problems that were unusual for him after the hurricane.

“Last February, I was having really bad headaches at night, not during the day when I was standing up. I’d wake up feeling like I had a bad hangover, like someone drove a spike in my head. It hurt that bad,” McAden said. He was diagnosed with a sinus infection.

“The infection spread to my ears. It made me dizzy enough to lose my balance. I also started feeling nauseous,” he said. “It felt like sea sickness… I’ve never had allergies, I’ve been fortunate.”

The infection eventually spread to McAden’s lungs and presented as pneumonia with a hacking cough and fluid in his lungs.

“I’m not saying that the illness necessarily correlates with the aftermath of the hurricane, but I’ve never had such bad health problems,” McAden said.

Wet hurricane debris can harbor different viruses, bacteria and fungi, all of which can exacerbate sinusitis, asthma, allergies or other respiratory conditions like pneumonia. Mold growth can build up from fallen leaves, pine straw and branches. Inside, each wet wall and damp beam is a potential petri dish for mold — wherever moisture lingers, spores blossom. Mold can appear in as little as two days.

“I worked outside immediately after the hurricane, and on and off in the weeks and months afterward, cleaning up the mess on our two-acre, heavily wooded lot where there was lots of damp, moldy debris,” McAden said.

Many studies link mold to the aggravation of respiratory illnesses, and say it can even cause wheezing and coughing in healthy people. For better or worse in the Lowcountry, where the scent of saltwater fills the air, mildew and other types of mold are here to stay.

Pollen also might be contributing to the uptick in respiratory illnesses. Warming temperatures and increased carbon dioxide production have increased the overall amount of pollen in the air. The more exposure to an allergen, the more likely you are going to be sensitized to that allergen. People who have pollen allergies may experience intensified symptoms, and people who don’t normally have pollen allergies may start to.

“Climate change, the increase in storms and the rise in temperatures are causing overall higher and higher ragweed pollen counts,” said Dr. Neil Kao, an allergist and immunologist who heads the pollen counting center in Greenville. “When exposed to warmer temperatures and higher levels of carbon dioxide, plants grow more vigorously and produce more pollen.”

The lingering effects of Irma and Matthew aren’t just physical, however. Residents who remained on Hilton Head during the storms might have suffered post-traumatic stress symptoms such as nightmares, flashbacks, quick tempers and emotional numbing in the weeks following. These symptoms are normal, says Ronald C. Kessler, a professor of health care policy at Harvard Medical School and researcher in a World Health Organization study on disaster trauma.

Today, most islanders have put Matthew and Irma behind them, but those who suffered losses — a home, job, business or loved one — following a weather event might still be dealing with anxiety or depression. The community’s ability to rebuild offers a ray of hope after the storms.

‘WE’RE IN THIS TOGETHER’ 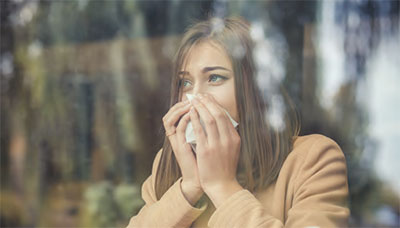 “Two of the greatest psychological challenges in life are to rid ourselves of ego and to learn how to tolerate ambiguity. We confronted both of these challenges in Hurricane Matthew. The anticipatory anxiety of not knowing how we would find our homes and businesses upon our return, escalated anxiety. All that we work to acquire, which sometimes defines our worth, was in jeopardy,” she said. “This ambiguity was heightened to a very high level, elevating our collective cortisol levels. It is only natural that future storms will evoke post-traumatic stress symptoms, thus debilitating our sense of well-being. We must stay in the moment, and remember, we did endure the impact of these storms, and will do so again, if warranted. The ‘Welcome Home’ sign greeting us on arrival onto the island after Matthew was a great comfort, reminding us that we’re in this together.”