Mothers often proudly proclaim that they would do anything for their children. For some parents, that declaration of love is a matter of life and death. For both Lois Richardson and Kelly Ruhlin, that demonstration of love went above and beyond baking their kids’ favorite snacks or picking out the best birthday gifts. Richardson and Ruhlin each donated a kidney to their sons in a procedure known as a “living transplant.”

Richardson and her husband, Norris, bought land on Hilton Head Island in 1955, moving to the Lowcountry permanently the following year and bringing with eldest son JR, daughter Mary Katherine and 4-year-old Collins, the youngest of the three. The Richardsons opened Forest Beach Super Market and created what is now known as Coligny Plaza, which the family still owns and operates. 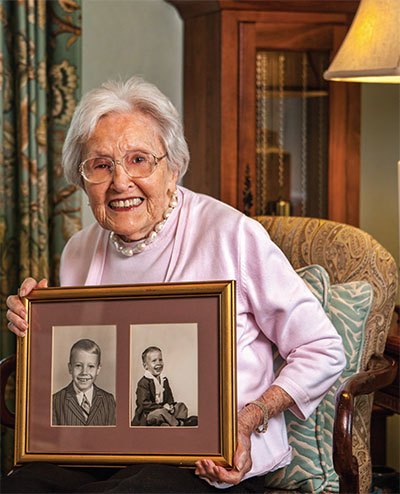 All was well until Collins turned 11, when he bacme ill. But it wasn’t until he was 14 that doctors discovered he needed a kidney transplant. The family traveled to the Medical College of Virginia in Richmond, Virginia, where a team some of the top pioneers in kidney and heart transplants planned his treatment.

Though Collins’ body eventually rejected the organ his mother donated, he received another one and lived for several more years before dying in January 1969 at the age of 17. But the family said the procedures were worth every extra day they had with him.

“Collins wanted to go to see the giant redwood tree in California with the opening through it. We didn't have much in those days, but we saw to it that he drove through that tree,” his mother said. “He didn't live too much longer after that, but we did the one thing he wanted to see. At least I gave him a kidney. … I'm glad I could do something for my child.”

Today, Richardson spends her days admiring her flower garden and hosting a weekly Bible study group, which she has led for more than 48 years. She’s also planning her centenary birthday celebration, to be held in 2019. In honor of her work for the Hilton Head community — and her status as a living donor — the Town of Hilton Head Island presented Richardson with a commendation in April 2014.

Doctors told Kelly Ruhlin they may never know what was affecting her son Zachary, but that wasn't good enough for her. Ruhlin became a medical detective, researching the most advanced medical advances and contacting nephrologists to determine the best course of treatment.

“Zach has a genetic kidney disease that was initially misdiagnosed as medullary sponge kidney, which typically does not end in kidney failure,” she said. “Back in 2007, with the help of a doctor at Schneider Children’s Hospital in New York, Zach was diagnosed with Dent disease, a rare recessive inherited condition. The doctor reviewed Zachary’s medical files and three days later he contacted me, explaining that Zachary’s kidneys were calcifying. At this point, his gallbladder had also stopped functioning properly. You can be in kidney failure and never know it until it's dire.”

Ruhlin and her husband, Eric, had never imagined their teenage son would needed a transplant, but Kelly was ready to step up to the plate. There were two women in particular who helped her find the strength to become a living donor, she said.

“With what she went through as a living donor, Lois Richardson was a pioneer. She gave me strength because she did that,” Ruhlin said. “Judy Trew was also a mentor. Judy's daughter Heather went through a transplant, and Judy is the founder of the nonprofit group Heather Trew Foundation for Organ, Eye and Tissue Donation and Research, organization based on Hilton Head Island.” 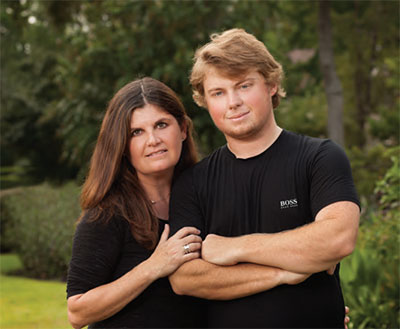 Ruhlin wanted to give a kidney to Zach so he wouldn’t have to go through dialysis. As part of the process, she met with a cardiologist, a psychologist and a clergyman — a process that left her appreciative that becoming a living donor was even an option for her and her son.

“I explained to Zach that I was blessed to be able to give him my kidney,” Ruhlin said of his transplant surgery. “We had to spend two weeks at the Medical University of South Carolina in Charleston, and then three days for the transplant. He had to have both of his native kidneys removed, which was not typical, and he was in so much pain. I wanted to bond with him and be with him and go through it with him.”

The experience also left Ruhin grateful for the advances being made in medicine, and for the support of those who have gone before. And she can’t wait to see what doctors and scientists can come up with next to offer patients the best quality of life possible.

“I feel lucky they have made so many advances. I can only imagine what it was like for Mrs. Richardson,” she said. “My hope is that, and I know it can happen, Zach can have a kidney made for him and put in his body and will never have to take an anti-rejection drugs again. Currently, he has to carry around a suitcase of medicines. The doctors are constantly monitoring him. The threat of rejection is constant.”

MEDICINE OF THE FUTURE

Join Dr. Keith March and Dr. Anthonly Atala for a talk Oct. 5 on “Adult Stem Cells: Medicine of the Future.” An open bar with hors d’oeurvres will be held from 5:30-6:30 p.m., followed by their lecture and question-and-answer session from 6:30-8 p.m. at the Sonesta Resort Hilton Head Island in Shipyard Plantation. March is the director of the Indiana Center for Vascular Biology and Medicine and the VA Center for Regenerative Medicine at Indiana University Medical Center. Atala is the W. Boyce Professor & Chair of Urology and director of the Wake Forest Institute for Regenerative Medicine and is a practicing surgeon and researcher at Wake Forest University in North Carolina.

Cost for the event is $75 per person, paid to The Friends of the Children of Hilton Head. For more information, call Elizabeth Hancock at 843-301-9090 or at elizabethhancock14@gmail.com.