According to the History Channel, “historians speculate that April Fools’ Day dates back to 1582, when France switched from the Julian calendar to the Gregorian calendar.” Apparently, “people who were slow to get the news or failed to recognize that the start of the new year had moved to Jan. 1 and continued to celebrate it during the last week of March through April 1 became the butt of jokes and hoaxes.” In honor of all those poor souls who endured “having paper fish placed on their backs and being referred to as ‘poisson d’avril’ (April fish),” let’s debunk some of the most common fitness myths. To help us with this timely task, fitness guru Laura Fromdahl of TriStrong Coaching shares her wellness wisdom. 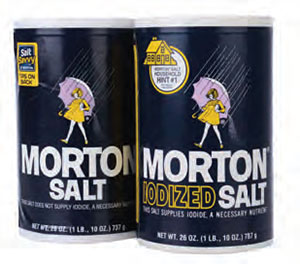 “I was tracking women with thyroid issues who were doing everything right and analyzing their diet and nutrition logs. I found a correlation to the Himalayan pink and other sea salts craze. After some research, I realized these newly popular salts didn’t have iodine,” Fromdahl said. “I asked them to switch back to good old-fashioned Morton’s and almost immediately people started seeing a difference.”

Fromdahl says that while sea salt has its benefits, including providing a necessary source of magnesium, there are also positives to iodine — a mineral responsible for regulating thyroid function, supporting healthy metabolism, aiding in growth and development, and preventing certain chronic diseases like cancer. 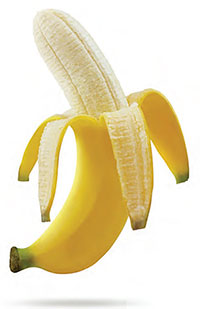 “It’s simple math. Calories in versus calories out,” Fromdahl said, disputing the myth that people who exercise need to consume considerably more carbohydrates. “Someone might burn 800 calories during a workout, but eat 3,000 as a recovery meal.”

Often these calories are in the form of carbohydrates. “Carbs are fuel and have a certain window. If you don’t use all that fuel, it’s stored as fat,” Fromdahl said. “Two hours before training, you should consume a balanced meal of carbs and protein, but not a lot of fat because you don’t want it to sit in your gut. Thirty minutes before a somewhat strenuous workout is when you have something like a banana.” As for a post-workout snack, opt for a protein like a hard-boiled egg rather than a carbohydrate. 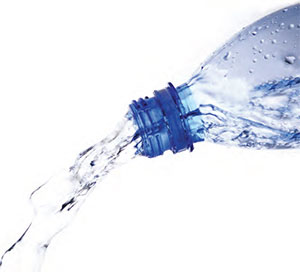 “Too much water actually flushes out electrolytes,” Fromdahl said. She recommends electrolyte supplements like Nuun. Though “hydration is based on sweat rate, humidity and the sport,” there is no hard and fast rule about how much water and electrolytes you should consume. Fromdahl tells people to listen to their bodies. “If you start to feel nauseated or have a headache, that’s a sign you’re dehydrated.”

Myth No. 4: Triathlons are only for extreme athletes. 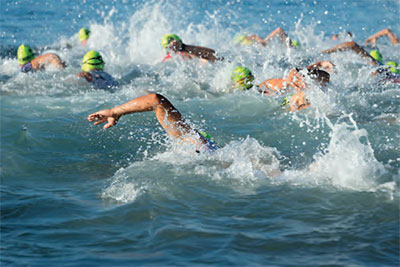 Many people worry a triathlon would be too strenuous on their body, but Fromdahl, who entered the sport to treat a running injury, would suggest otherwise. “Each sport — swimming, biking and running — complements and contradicts each other to create balance and prevent injury.”

Becca Edwards is a wellness professional, freelance writer, and owner of b.e.WELL+b.e.CREATIVE (bewellbecreative.com).