After Jeffrey Newton’s tragic death, Audi of Hilton Head gives back in his honor.

As he did every morning, 30-year-old Jeffrey Newton arrived at Audi Hilton Head on Aug. 26 and said “hello” to everyone in the dealership. An hour later, he fell to the showroom floor and began to seize. His colleagues called 911. The paramedics arrived just a few minutes later, but Newton was taking his last breath. 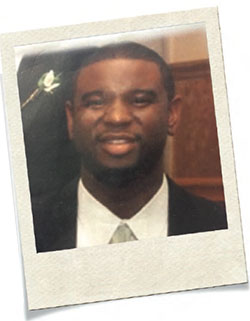 Newton’s autopsy revealed that he did not suffer a brain aneurysm, an often-fatal blood clot in the brain that may cause seizures. Rather, his doctors believe he suffered sudden cardiac death involving a life-threatening heart arrhythmia that can be corrected with an automated external defibrillator (AED).

In his honor, Audi Hilton Head became a “legacy” sponsor of the Hilton Head Heart Ball, the American Heart Association annual charity event. (AHA legacy sponsors, the highest-level sponsor for the Heart Ball, give $25,000 to the AHA to support cardiovascular research.) The dealership also purchased an automated external defibrillator.

NUMBER ONE CAUSE OF NATURAL DEATH

According to the Mayo Clinic, what’s the first symptom of heart disease in 50 percent of cardiac arrest victims? Death—not angina, fatigue, nausea or shortness of breath.

Sudden cardiac death is the number one cause of natural death in the U.S., according to the CDC, causing about 325,000 adult deaths in the U.S. each year. It usually results from an electrical disturbance in the heart that disrupts the heart’s rhythm, stopping blood flow to the brain and the rest of the body. If this occurs, the heart is unable to pump blood and death will occur within minutes, if left untreated.

Up to 60 percent of cardiac arrest victims might have been saved if automated external defibrillators were immediately available, according to the Occupational Safety and Health Administration. Chances of survival from sudden cardiac death diminish by 7–10 percent for each minute without immediate CPR or defibrillation. After 10 minutes, resuscitation rarely succeeds.

An automated external defibrillator can restore the heart's normal rhythm and ultimately save a life when the heart's electrical activity becomes erratic and the heartbeat gets dangerously fast (ventricular tachycardia) or chaotic (ventricular fibrillation). According to the AHA, “immediate cardiopulmonary resuscitation (CPR) and early defibrillation with an automated external defibrillator can more than double a victim’s chance of survival.”

Newton had high blood pressure. According to his autopsy, he also had an enlarged heart. His co-workers weren’t surprised—they always said he had a big heart.

424,000
Each year in the U.S., there are approximately 424,000 Emergency Medical Services-assessed cardiac arrests outside of a hospital setting and on average, less than 10 percent of victims survive. (AHA)

A FRIEND TO EVERYBODY, ESPECIALLY THOSE IN NEED

Newton attended First Thankful Baptist Church at his home in Estill, South Carolina. He was laid to rest there.

“Jeffrey Newton always smiled. He didn’t drink, didn’t smoke or cuss — I could name 100 situations that illustrate his unending kindness,” said Newton’s boss, Kent Mariman, the service manager of Audio Hilton Head. “He would pick up groceries for those in need or take all of his nieces and nephews out for candy. He was a caring, giving and helpful person. For me, his legacy is to appreciate everything, be kind to one another and be more compassionate human beings.”

Turnice Alexander, Newton’s co-worker and friend at Audi Hilton Head, agrees. “Jeffrey was kind in every way,” she said. “He would walk the dealership every morning and speak to everyone by name. If you needed a ride, even it was out of his way, he would give you a ride. If you needed money, even if it was his last dime, he would give it to you, and would never ask for it back. Jeffrey was a God-sent person that I was very honored and blessed to know. He is greatly missed by so many people.”

According to the AHA, 25 percent of victims treated by EMS have no symptoms before the onset of arrest. Newton was African-American, a racial group with higher rates of high blood pressure, undiagnosed diabetes and cardiac arrest than whites.

Because of the link to insulin resistance and inflammation, high blood pressure increases the risk of cardiac arrest and stroke.

It is a tragedy that Jeffrey Newton lost his life. But if he could send a message to his friends and co-workers, they suspect it would be to say how pleased he was to help save lives for years to come.