For Chef Brad Blake it’s all about “thirst for knowledge.” He started in the business as a teenager and quickly rose through the ranks with a hunger for the “adrenalin rush of being on the line,” along with this quest to explore and learn.

“One of the beautiful things about this business is you get to explore and create things,” he said. “You get to be a scientist and an artist.”

In the 1980s, Tony Arcuri received a call from his former high school and college buddy, Steve Carb, wanting to know if he was up for coming to Hilton Head to help him run the pizza place he had opened called Giuseppi’s.

He told his old fraternity brother “yes,” and by 1988 they had three different Giuseppi’s locations. Tony took the reins, bringing in another former fraternity brother Jim Loniero. They both became partners in SERG and they’ve never looked back.

Even when Orchid Paulmeier was a little girl she went above and beyond. Take for example when she opened her own lemonade stand.

Chef Orchid didn’t stop just at lemonade; she also offered hot deli sandwiches! Granted they were microwaved American cheese and ham, but her entrepreneurial spirit was off and running.

Orchid is Filipino and learned to cook early on from her grandparents who lived with her growing up.

The family-owned bakery recently celebrated its 20th anniversary because Marek Belka and his son Tomazs work hard to the delight of their customers. They recently expanded The French Bakery’s offerings — including the creation of more vegetarian items.

Catch 22 opened in 2001 and is locally owned and operated by Gary and Penny Duren. They have created a comfortable culture for their customers and staff. A TripAdvisor reviewer said Catch 22 is a longtime favorite “because of the service and efficiency of the staff, including the owner who is always on hand.” 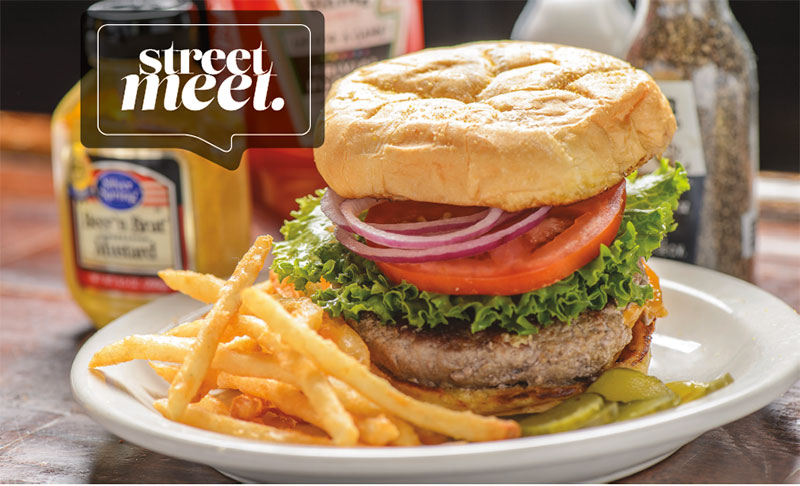 If you’re looking for a home-away-from-home style experience, stop in to Street Meet for lunch, dinner, or late night.

BUBBLY FOR EVERY PRICE POINT

“I could not live without Champagne. In victory I deserve it, in defeat I need it.”

This is the best quote I could find to sum up 2021 thus far. We all got through 2020, and we are not looking for a repeat. I would like to share some of my favorite sparkling selections in every price point to calm your nerves, or to add to your upcoming Valentine’s or Galentine’s Day celebration. 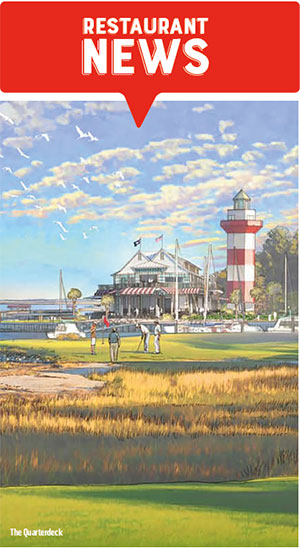 The Quarterdeck restaurant at the Sea Pines Resort will be redeveloped to include a new rooftop oyster bar offering 270-degree views of Harbour Town Yacht Basin and Calibogue Sound, according to a news release. Design and engineering are in the final stages, with demolition and construction set to start this spring. 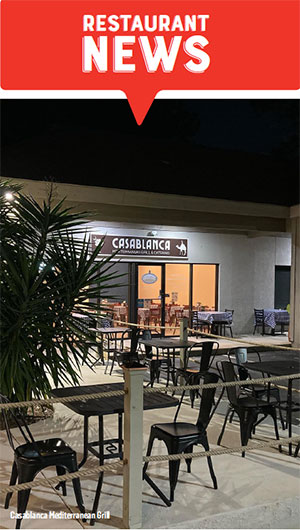 Casablanca Mediterranean Grill officially opened shortly after Thanksgiving. Chef Hicham Elmadi has 24 years of experience in the industry. He specializes in French and Mediterranean cuisines, with an emphasis on using fresh products with a farm-to-table focus, a Facebook post said. The menu includes wraps, falafel and chicken kebab. 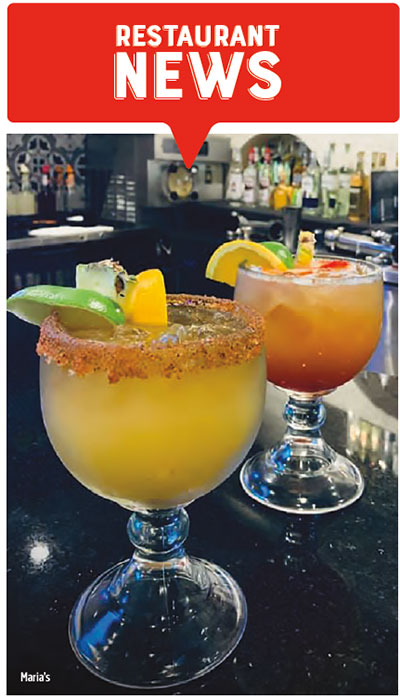