When you indulge in one of the deliriously creamy scoops of rum raisin or cappuccino flake at Jack Frost (or any of their dozens of flavors), you’re not just tasting some of the best ice cream in the world, considered super premium by industry standards (containing 14% butterfat). What you’re tasting is the sweet results of the American dream come true.

David Folts lost his mother at age 2 after which his father raised him and his siblings until his father remarried and David’s family quickly grew to 12. He worked his way to a better life by delivering newspapers, picking strawberries at Battleview Orchards and sweeping up losing tickets at the local horse track in New Jersey. At 17, he landed his dream job in the largest soft serve ice cream shop in the state, Jersey Freeze.

Not only did Jersey Freeze give him the opportunity to buy his own home at 21, it served as a launchpad for his entrepreneurial spirit. He purchased an ice cream shop in the next town over, Jack Frost Englishtown Ice Cream.

In 2007, Jack Frost made its official debut in the South Carolina Lowcountry only to lose everything in the financial collapse of 2008. Since then, it has been a staple of gatherings and good times all across Hilton Head Island and Bluffton. In addition to Jack Frost’s inviting shop near Okatie Ale House, you’ll see their ever-present carts at events ranging from ice cream socials to weddings and even once at the Heritage golf tournament on Hilton Head Island.

And now he’s passing on his knowledge by giving young people their own first chance to work toward a better life.

“I hire at 14 and give a dollar raise every year,” said Folts. “It’s really rewarding to see them return to train new employees and pass it on.” 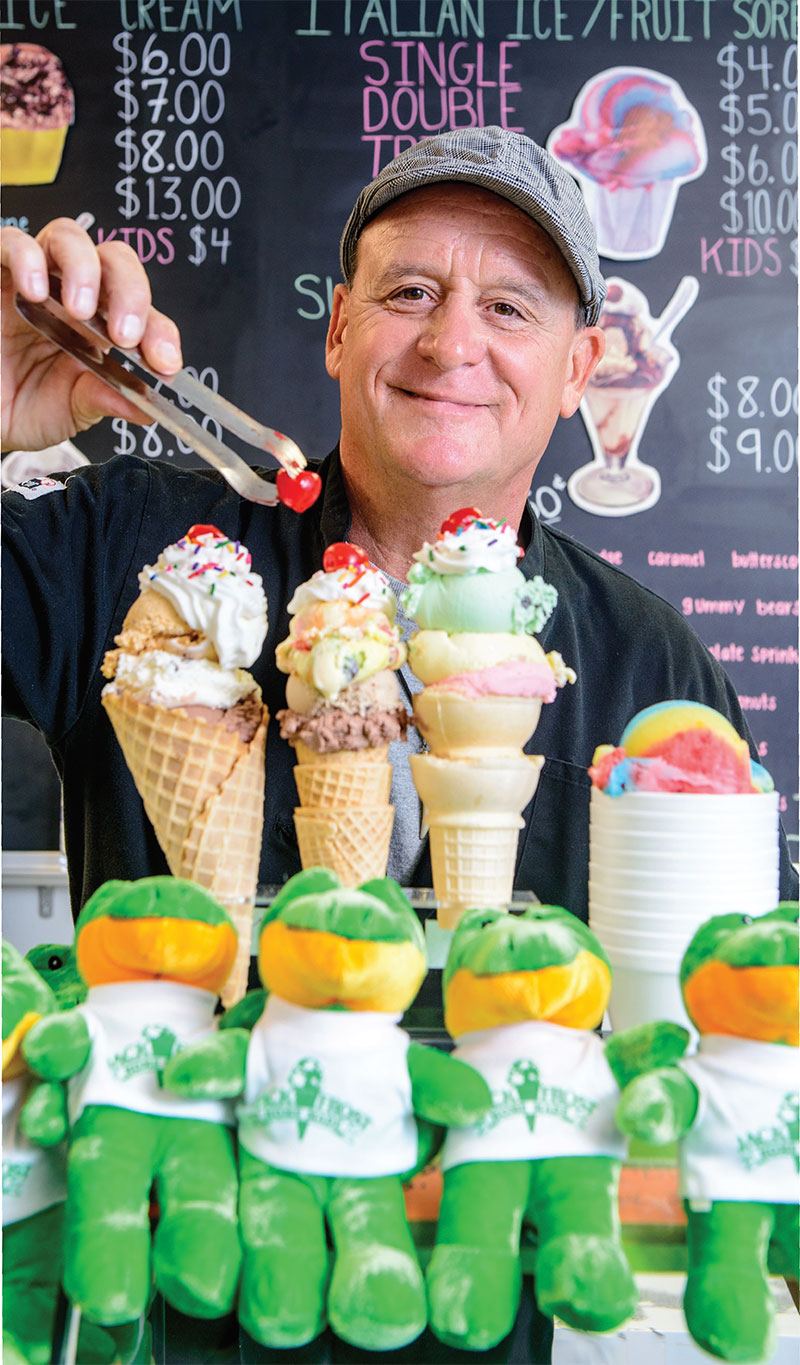