Growing up in the Bronx, Chef Josh Castillo latched onto an unlikely role model early on in life. As one of the few kids who watched Julia Child religiously, he stood out. “My grandmother would say, ‘Why are you watching this old woman cooking on television?’ I just liked what she was cooking.’”

That firm foundation in Child’s “Mastering the Art of French Cooking,” serves him well at Charlie’s L’Etoile Verte where he has served as chef for the last four years.

Having come to Charlie’s from a 15-year career in kitchens around the Lowcountry, Castillo approached his new role with gusto, modernizing the kitchen and integrating his own cultural/career experience in to the cuisine that is L’etoile Verte.

“It’s great working with Margaret and Palmer; we all throw out ideas and just meld it together,” he said. Charlie’s is a truly collaborative kitchen.“It’s not just French food; we’re able to stray from the line a little bit. We have our traditional roots, and we have a little bit extra for those who want to venture out.” 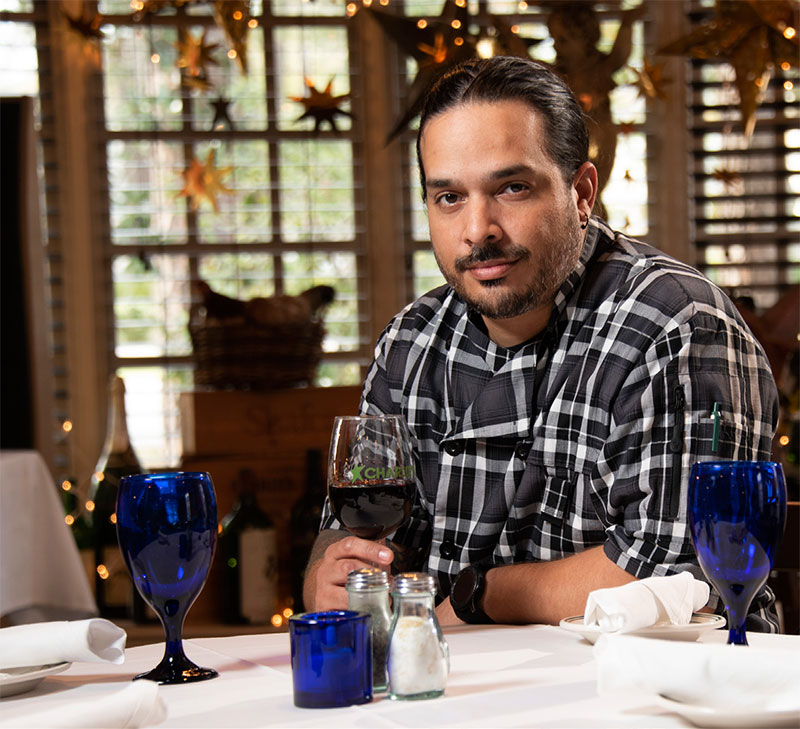