Fun fact about Chef Chris Carge: as a kid, he was a child actor, with his biggest role coming in Steve Martin’s film Parenthood.

As for his role in the culinary arts, that started in his hometown of Columbus, Ohio at the 5-Diamond Columbus Athletic Club. He and his wife eventually made their home in Hilton Head, with Chris working at various Italian and seafood restaurants. He had always wanted to join the SERG family, which he finally did as the Executive Chef at Black Marlin. He then went to Poseidon, where he became a partner, and now he oversees four SERG restaurants, including the newly launched and much anticipated Nectar Farm Kitchen.

When it comes to food, Chris says these three things matter most: Less is more. Keep it fresh. Know where it’s coming from.

He, along with Chef Nick Unangst, have been on a journey to cultivate relationships with regional farmers and watermen to source as much sustainable, local food as possible.

It’s not just about talking the talk — they go to these sources and see everything first hand.

“Seeing and doing are two different things,” he said.

Chris also plays a large role in a local oyster recycling program with the Outside Foundation, which has already created three artificial reefs that are helping preserve and protect the marine eco-system. He is a bona fide oyster snob, having shucked, prepared, and of course, savored oysters from waters near and far, and he’ll take on all challengers that the Lowcountry’s oysters are second to none.

“I know that we have the best oysters in the country–period!”

At the end of the day, what he loves most about the restaurant life is “creating something different every day (and) the controlled chaos.” 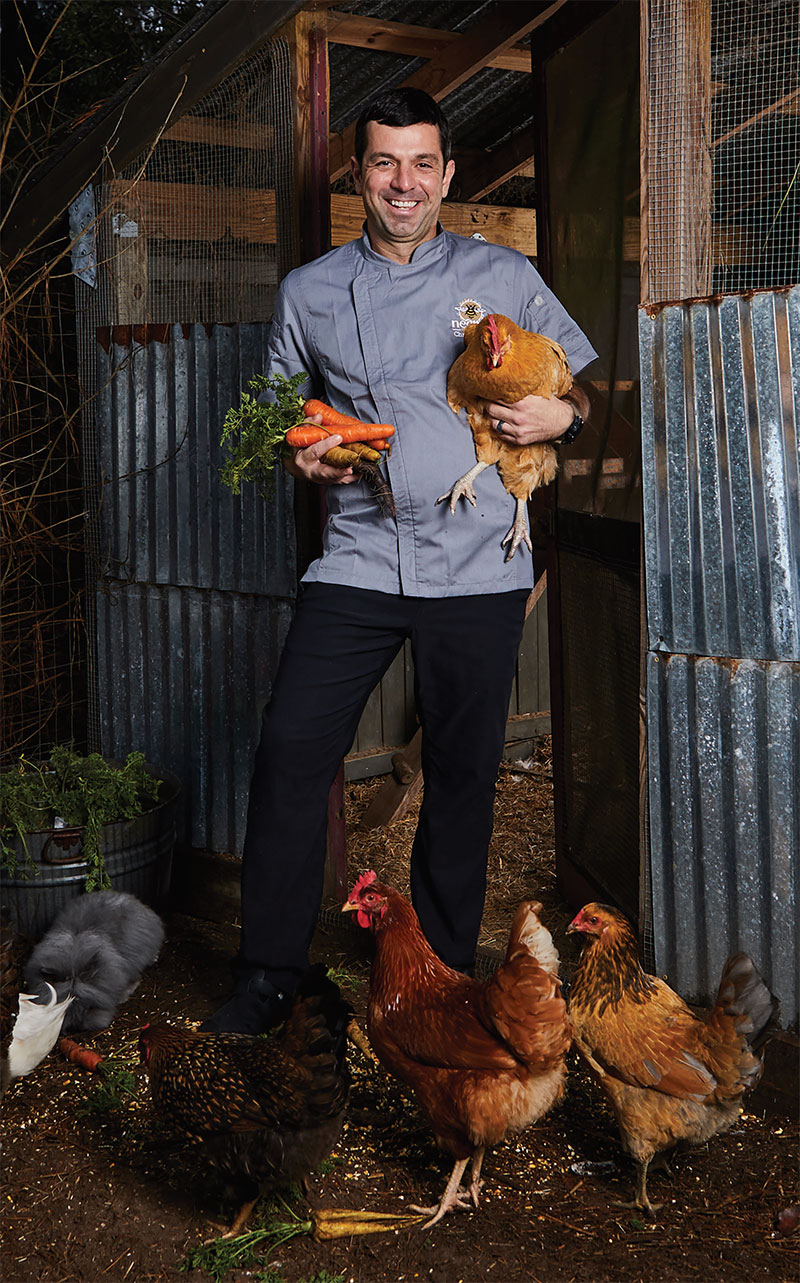