Chef Nick Unangst has spent nearly 40 years as a butcher and a chef. From St. Louis to Chicago — working at the legendary seafood restaurant Don’s Fish Market — to Hilton Head, where he became a partner after helping to open both Frankie Bones and Black Marlin.

He has a passion for preparing all types of food, but says his biggest motivation is, “I get to work with a lot of great people.”

For him it’s about taking his vast experience and “paying it forward” to other chefs and sous chefs.

“It’s a camaraderie thing,” he said, comparing it to being an athlete on a team.

In addition to this collaborative, give-it-back culture, he’s helped to create, he emphasizes food quality. He says, “We’re currently working with about 35 farmers.”

Nick and the SERG team strive to “create real relationships” with the farmers sourcing products such as gouda and goat cheese from Forks Farm and Split Creek Farm in Anderson S.C.

He is constantly visiting and solidifying relationships like these and others such as Hunter Cattle Co., Keegan Filion Pigs, Lowcountry Creamery, Plantation grits and Charleston rice. They work with so many local, sustainable sources there’s not enough room to list them all.

In the end Chef Nick says, “My DNA is kind of in all our menus.”

He believes they’ve built a strong foundation, and now it’s up to the younger chefs coming in to carry on that tradition while elevating the cuisine with their bright, inspirational ideas.

“I’m happy to support them anyway I can,” Nick said. 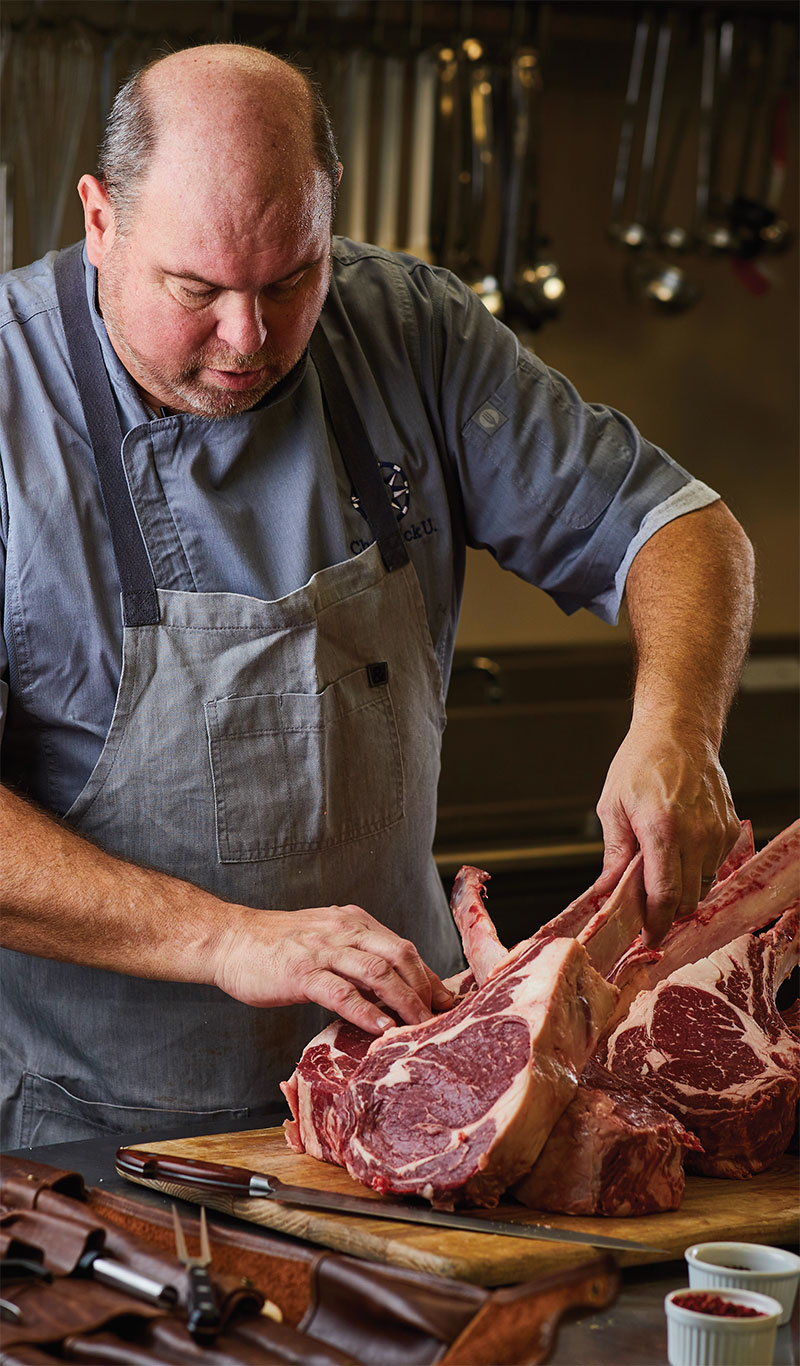