In the 1980s, Tony Arcuri received a call from his former high school and college buddy, Steve Carb, wanting to know if he was up for coming to Hilton Head to help him run the pizza place he had opened called Giuseppi’s.

He told his old fraternity brother “yes,” and by 1988 they had three different Giuseppi’s locations. Tony took the reins, bringing in another former fraternity brother Jim Loniero. They both became partners in SERG and they’ve never looked back.

Tony grew up in a very traditional Italian home with his grandmother making bread from scratch, which he still does today.

His passion for all things pizza led him to the American Institute of Baking where he gleaned as much as he could from Tom Lehmann, The Dough Doctor himself.

The biggest lesson he learned is that it’s about experimentation.

“It’s all about diving in and experimenting,” Tony said.

This love of experimentation and a challenge from Steve Carb led to Tony creating Giuseppi’s signature sandwich: The Weggie.

Starting with their homemade, hand-tossed pizza dough, they add various fresh ingredients, fold it, and bake it until golden brown.

It’s a best-seller to this day. The overall success has been a team effort, as Pizzaiolo Tony is quick to acknowledge.

“We could never have done it or kept going without Jason Galiza, chef at Giuseppi’s HHI, and Jaime Taylor, managing partner at Giuseppi’s Bluffton,” he said.

Another aspect that makes a big difference is the group’s commitment to quality products.

Now as a senior partner in many of the SERG restaurants, Tony is quick to say: “We never sacrifice product over price.”

Some other specific examples of “sourcing only the best” are their sausages brought in from Chicago, and their pepperoni from a family-run business in Cincinnati, Ohio. Plus, for their pizza cheese, Tony says: “It’s the most expensive cheese you can buy, but it’s also the most exquisite cheese you can buy.” 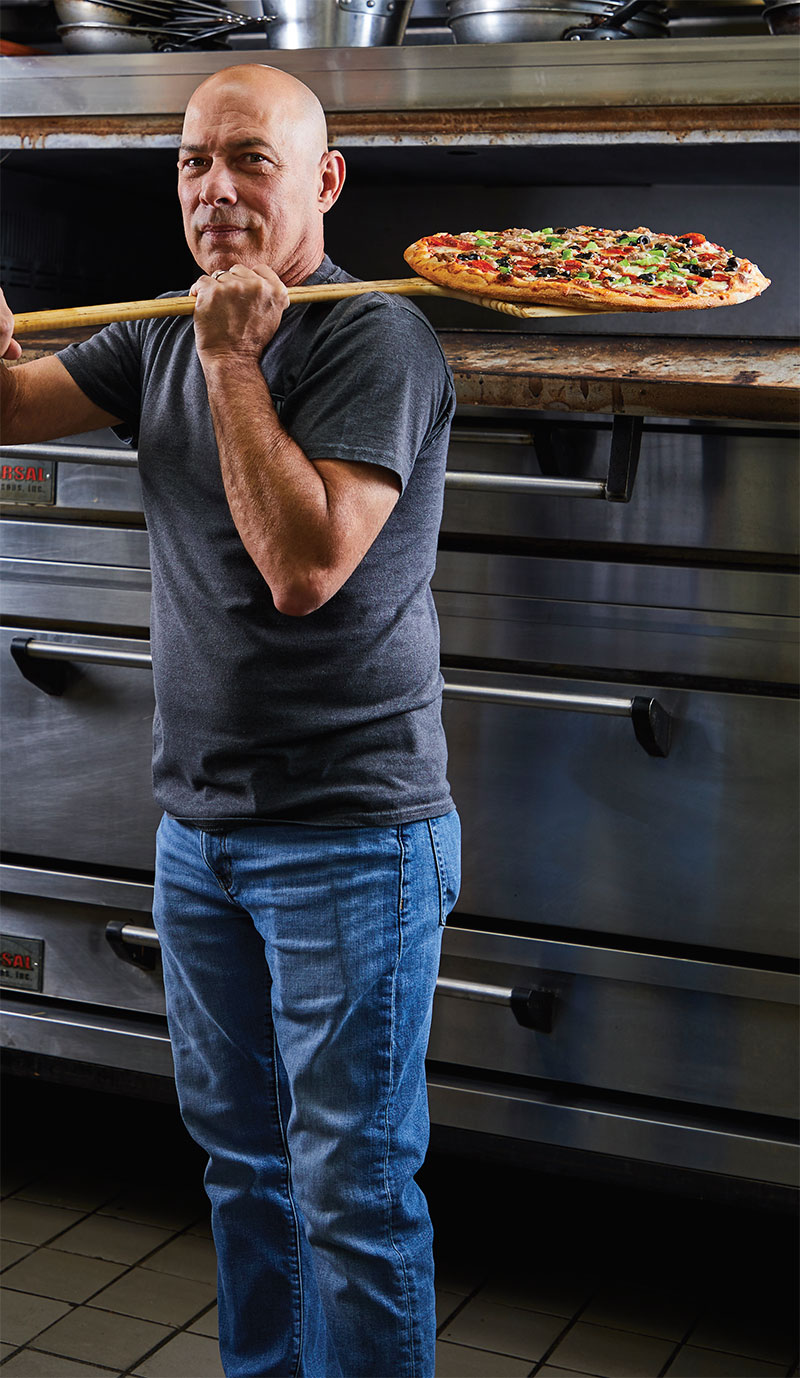