Even when Orchid Paulmeier was a little girl she went above and beyond. Take for example when she opened her own lemonade stand.

Chef Orchid didn’t stop just at lemonade; she also offered hot deli sandwiches! Granted they were microwaved American cheese and ham, but her entrepreneurial spirit was off and running.

Orchid is Filipino and learned to cook early on from her grandparents who lived with her growing up.

She went to the University of Illinois for college, but says nothing replaces “real world” and “real kitchen” experience.

She owned her first restaurant by the age of 30, and notes, “It’s always been food and beverage for me. It’s in my blood.”

So much so that Orchid was tapped to be a South Carolina ambassador by former Gov. Nikki Haley a few years ago. She was one of just four chefs to represent our rich culinary culture at various events with her specialty being none other than BBQ!

With food being such a constant thread in her life along with that burning entrepreneurial spirit, it’s no wonder she opened the first One Hot Mama’s in 2003.

Her menu is S.C. Certified, meaning at least 25 percent of everything Mama’s serves is sourced locally in South Carolina.

However, when asked what ultimately sets Mama’s a part, Chef Paulmeier says: “It’s all how I do my BBQ seasonings. Everything I do is from scratch.”

If it’s one thing all this real-world cooking experience has taught her is there is no substitute for the real thing. And with one bite of any of her dishes your taste buds will let you know this is the real deal. 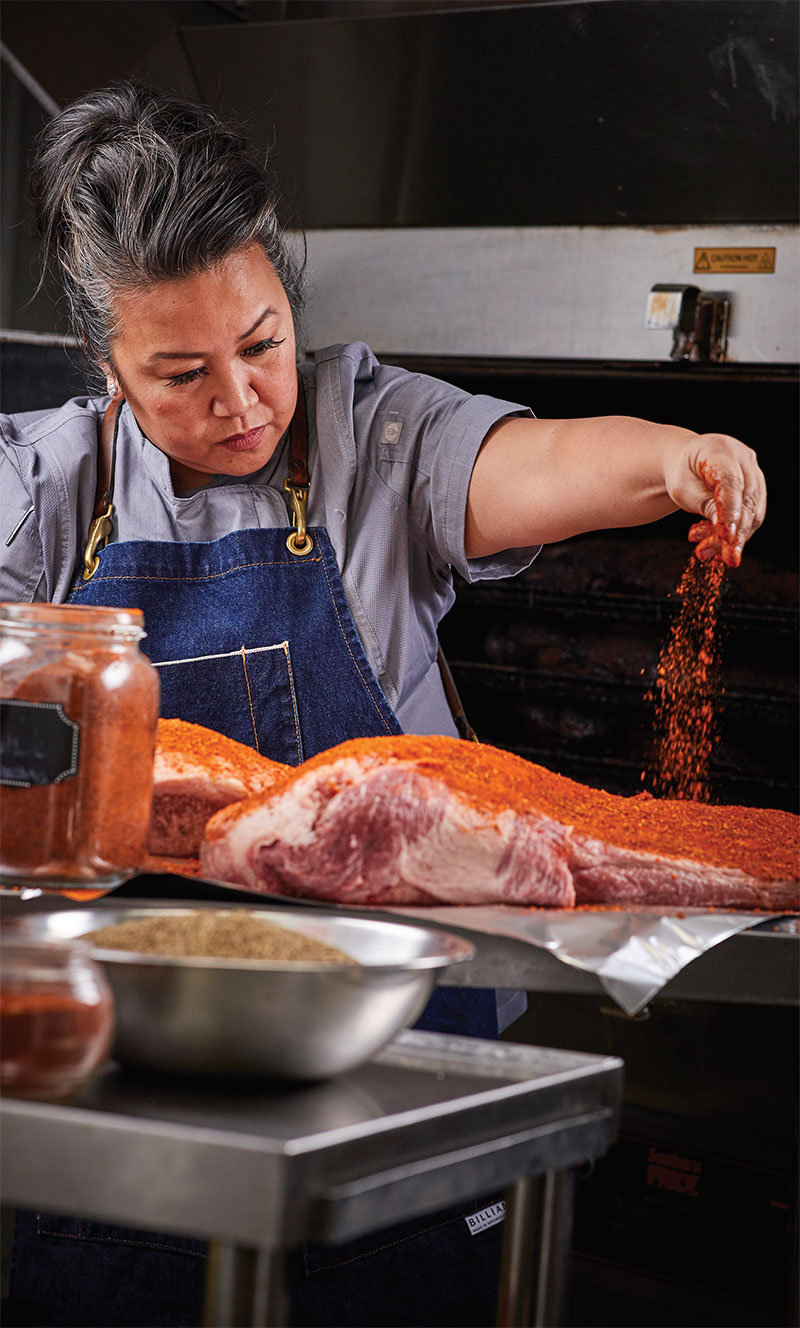