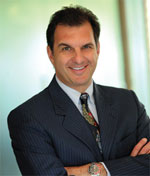 As a first generation European immigrant, I’m compelled to compare the Old World with the New World.

One of the essential things that attracted me to the U.S. is American optimism — the will to focus on the positive instead of bemoaning the negative, believing that things will look up and we will always find or invent a way to make things better. Isn’t that the soul of America, the spirit which fueled the development of our country in the first place?

Lately I have observed that this vital American value is under attack; more and more negative words and behaviors are encroaching upon our everyday world, undermining the positive human capacity to maintain a confident attitude.

Scientific studies prove that words affect the mind and emotions. For example, if you say to yourself that you feel overwhelmed, you probably will feel stressed out because we have the tendency to validate our beliefs.

A recent news report on NPR, (National Public Radio FM 89.8 or FM 91.1) began with a verbal warning: “We want to warn you that the following newscast might depress you.”

I’ve never heard anything like it, but they made a powerful point.

Unfortunately over the last 10 years or so, the major networks, e.g., Fox News, CNN, CNBC, no longer delineate between thoughtful journalism and fluff or “news entertainment.”

Even our local newspaper, the Island Packet seems to sensationalize stories and focus on the negative, most likely to gain attention and readership. (For a more balanced view, try the BBC News, which is less dependent on the pressure of commercialism).

And the tone between the two political parties in Washington, D.C., is so full of hatred! The dysfunction of the U.S. Congress sets a poor example for the rest of the country. Without positive behaviors, including a constructive dialog, the government can’t focus on the big issues or agree on any solutions.

Negative words are inundating American culture in ways never before witnessed. Negative language pervades popular American music, movies, radio and television shows, suggesting that it’s comical or cool to be cynical. I can’t believe that I’m the only one who feels outraged by the casual use of four-letter words, as if that’s the new norm for our children to follow.

The pain caused by negative words is especially powerful online; cyberbullying causes so much agony among adolescents and teens.

Sports provide another example of the power of negative words versus positive affirmations: If you allow negative thoughts to enter your mind before you swing your golf club or hit the next tennis ball, the likelihood for a positive outcome is… zip.

Facebook manipulated the newsfeeds of 700,000 users without their consent to measure whether positive or negative posts trigger the same kind of behavior and yes — they did! (Why Facebook has any right to manipulate our minds is another important discussion.)

It’s clear that the use of negative words and negative thinking will produce nothing but a negative outcome. So the only question remaining is: Why do we celebrate or emulate bad attitudes? To simply say it’s a “sign of our times” does not cut it for me. If you do have an explanation, please send me your thoughts. I would love to hear them!

An English soccer fan living in the U.S. recently commented, “Unlike English football fans who will be reeling for four years because our team lost the World Cup, American soccer fans will quickly find another sport to cheer for and celebrate the next win.”

What happened to that optimistic attitude in politics, news reporting, entertainment, social media and daily interactions?

Optimism sets the U.S. apart from other nations; it’s the powerful belief in the positive, the triumph of good over evil that made us strong. We can’t lose that strength!

SOUND OFF
Please send your comments to mfrey@freymedia.com.
I would like to get your feedback on this idea.