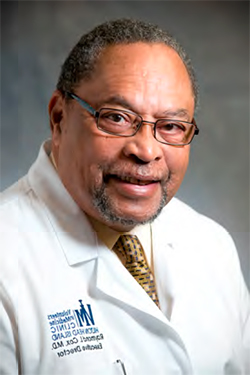 As I reflect on today’s protests against police brutality and racism, I’m reminded of a life-changing epiphany I experienced in 1999 at a medical conference. We were complaining about malpractice insurance premiums, for which some colleagues were paying more than $100,000 annually. In this discussion, one member stated that if we paid more attention to caring for our patients and less attention to our finances, everything would work out fine. After this, I became more focused on improving patient safety and reducing medical errors, especially during the birth process — and I believe the lessons I learned could help us as a society recognize racial biases and create lasting change.

Adapting practices from the airline industry and the U.S. Department of Defense, I learned how to use simulation drills to improve safety. This allowed clinical teams to practice managing high-risk, low-frequency events most likely to lead to death and disability, such as seizures caused by high blood pressure, or a baby’s shoulder getting stuck during delivery. Practicing improved our skill level, but more importantly, we learned to work together better as a team to significantly reduce harm from unexpected outcomes.

Several years later, I met retired Air Force fighter pilot and airline captain “Sully” Sullenberger, known for his heroic landing of a damaged plane on the Hudson River. I asked him which group in the airline industry had the most difficulty accepting a team-based approach. Without hesitation, he replied it was the pilots. This echoed my experience in medicine: Doctors initially balked at surrendering control to a team. At the time, pilots and doctors had unquestioned authority and, therefore, feared any loss of control. This sense of privilege and power often prevented other team members from speaking up, sometimes with disastrous consequences. But helping doctors and pilots embrace a team-based philosophy has dramatically improved safety.

Fear of losing control is the driving force that causes many people to cling to racist systems.

How did change leaders get most doctors and pilots to buy into a system of teamwork that they feared would reduce their autonomy and authority? We used what is known in business as a “burning platform model,” a term that describes helping people see the dire consequences of not changing. By sparking enough concern about what happens if the status quo remains the same, people embrace change.

First, we had to show how errors were crippling each industry’s success. Then we had to engage in critical conversations that allowed everyone to express their ideas in settings that demanded mutual respect. Finally, we had to constantly measure our results to ensure progress in the right direction. All of this was hard work that required the doctors and pilots to understand that, ultimately, everyone — including themselves — would benefit through a reduced likelihood of disastrous mistakes. Although we still have much work to do, these reforms in both medicine and the airline industry have led to better outcomes.

Inclusive, team-based training might be a good place to start to reform police practices and end racial bias in many areas of society. The time to act is now, because resentment over feeling usurped can be dangerous. As a nation, we missed an important message during Charlottesville’s deadly 2017 “Unite the Right” rally when armed people with tiki torches marched across the University of Virginia’s campus shouting “Jews will not replace us.” This should have alerted us to the growing fear of multiculturalism among those who see privilege and power as their birthrights. Fear of losing control is the driving force that causes many people to cling to racist systems. These irrational — and often unconscious — views can be challenged by presenting change as a win-win solution.

In the increasingly global business world, there is a growing acknowledgement that intellectual and cultural diversity significantly enhance productivity. Artificially stifling the productivity of people of color through inequitable economic, health care and legal practices hinders our ability to compete in the global marketplace and to solve the most vexing challenges facing humankind.

The current moment, sparked by George Floyd’s awful death at the hands of police, gives us a chance to face our painful past and, as a country, finally truly embrace the aspirational ideals of “liberty and justice for all.” Let’s seize the moment.