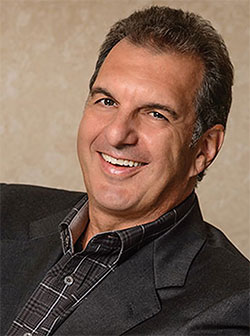 It stands to reason that if a nation spends twice as much on health care as a percentage of GDP compared with other developed nations, that care would be twice as good. But that is simply not the case. Despite our health care spending, we Americans are not rewarded by higher life expectancy, which might be the most meaningful way to measure health-related costs versus rewards.

So it should be no surprise that business owners and CEOs — from small locally owned startups to well-known billionaires like Warren Buffet — have for years raised concerns about the rising cost of health care. Our higher-than-normal health care costs make the U.S. less competitive in the global marketplace and, on a national level, it adds an unbearable burden on employers and employees that holds us back. Up to 11 million Americans working for small businesses or sole proprietors lack employer-sponsored insurance. A recently announced proposal by the U.S. Department of Health hopes to change that. Under the proposal, small businesses and sole proprietors would have more freedom to band together to provide affordable, quality health insurance for employees and their families.

A private initiative launched by Buffet of Berkshire Hathaway, Jeff Bezos of Amazon, and Jamie Dimon of J.P. Morgan Chase will try to leverage their combined corporate prowess to lower health care costs. It is unclear at this point if this effort will just benefit their own employees or if they will be competing in the national health care marketplace, but it certainly is the beginning of much-needed disruption meant to bring the health care monster that is swallowing the economy under control.

President Barack Obama’s much-politicized Affordable Care Act and Republican efforts to repeal and replace it have and will do little to address the real problem: the out-of-control cost spiral. While a single-payer system is considered a left-centric idea, it is increasingly gaining acceptance on the right as well, since such a system has proven to work in other countries.

It is simply unconceivable to me that the world’s largest economy can’t find a way to make universal health care accessible and affordable. Regardless if the solution comes from Congress, a private initiative, small businesses banding together, or technology at work, it is time that we relieve the pain that hurts us all.