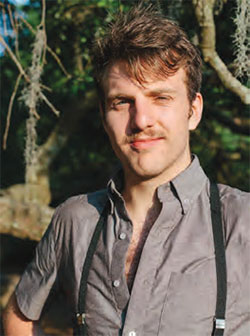 Since 1982, depending how you define them, there have been at least 81 public mass shootings across the country.1

What’s more, this style of shooting, perpetrated by an individual rather than a gang, political group, or criminal organization is largely American. From 1966 to 2012, a third of the world’s mass shootings took place here. What’s difficult to swallow is how random they seem, the motives blurry, and the shooter somewhat ordinary. That’s when you become jaded. But the deadliest mass shooting in the US at the Orlando gay nightclub on June 12 brought a sharp new pain to our hearts — and created a lot of incoherent noise.

Like the angry buzz of a beehive, the media exploded with presumptions and our presidential candidates, rather than granting space and time to grieve, quickly bended our fears to their will, Hillary Clinton immediately promising more bombings against ISIS and Donald Trump tweeting that he was right to insist on banning Muslim immigrants. Regarding Clinton, alleged Orlando shooter Omar Mateen was hardly affili ted with ISIS (more on that later). Regarding Trump, Mateen was born and bred in America; creating a ban list for all Muslims wouldn’t have prevented this. We must dig deeper, past the media babble.

Omar Mateen was about as American as it gets. A son of recent immigrants, Mateen most likely grew up conflicte between the Islamic world he heard about from his father and the diverse fabric of American social life. While his father recalls Mateen sneering at a kissing gay couple, it’s also possible he questioned his own sexuality. It’s been revealed that Mateen had a profile on a gay dating app and hung out several times at the Pulse nightclub. Whether this was an expression of his sexuality or mere stalking of a group he hated remains to be seen. Nevertheless, the shooting itself, while tinged now with the title “terrorist attack,” seems more the act of a violent individual perversely channeling hateful ideologies through a twisted psyche. The homophobic element has been overlooked in most reports and the radical Islam element inflted. Mateen never communicated with ISIS, only signed off his attack over the phone on their behalf. Any somewhat radicalized person can claim an attack for ISIS. While his dad grew vocally critical of U.S. involvement in his homeland Afghanistan, Mateen didn’t have any connections to terror apart from the Internet, thus why the FBI twice ceased investigations into his behavior. What’s both comforting and unnerving is that Mateen was not part of some cohesive radical group. Nor was he blatantly insane. Though many friends and co-workers recall his predatory, insensitive behavior and penchant for violent language, that doesn’t always indicate someone will become a mass shooter. This may be why neither his security partner nor his ex-wife reported him to officials All the simple coded warning signs we crave have become skewed in this age of indiscriminate violence. Motives have become complex and, disturbingly, more simple (ie. a fast trigger for violence). Combined with the widespread availability of powerful weapons. It seems America is the unfortunate battleground for this new chapter in random violence.

We live in the perplexing age where Santos Rodriguez was shooting virtual targets in the “Rainbow Six” video game when he got a series of texts from his brother, an Orlando victim, shot by real bullets in a real scenario by a real person:

“Dead bodies on top of me…. tell everyone i lovethrm.”

It took several reassurances to convince Santos that his brother wasn’t joking. This paradox seems uniquely American, a culture so pervaded by violence on the screen that real violence is met with similar disbelief.

America has a violence problem. The shootings follow no simple formula and our response mustn’t, either. A healthy debate will not just involve radical Islam, but also psychology, homophobia, and gun control. Unfortunately, this is a much larger box to unpack, likely involving our very essence as a nation, our size, our violent history, and overboiling pot of diversity. It’s time to patiently and persistently ask deeper questions about why this keeps happening. Why didn’t Mateen’s wife warn the police or FBI of an attack she knew Mateen was contemplating? What could be done to encourage relatives and co-workers to speak up? Should there be stricter regulations for obtaining assault rifles What took SWAT three hours to finally confront Mateen? Should first responders take a more aggressive approach?

With ISIS showering praise on the attack, our response has played, ironically, into their hands. Talk about the shooting has devolved into simple fear of Muslims and black-and-white debate over guns. If ISIS wants division between Muslims and the secular world ad nauseum until their cherished apocalypse, the media figu es played right into their hands. If we want our children to live without such tragedy, it’s time to turn down the radio static and begin to truly listen.

1Mother Jones: “A Guide to Mass Shootings in America.” This article defines them as 4 or more fatalities carried out by a lone shooter in a public place. 2Lankford: “Public Mass Shooters and Firearms: A Cross-National Study of 171 Countries.” 3Namely the hate towards LGBT people and the hate for a secular society. 4Given Mateen seemed ‘cool and collected’ during the shooting, characterizing killers as blood-thirsty animals isn’t always accurate. It seems many simply have no distaste for violence, and somehow see killing as a valid response to their mysterious grievances (which they take to their grave). How 49 mostly gay mostly Latino mostly young people, are now dead for Mateen’s vague politics is beyond me. What message could this possibly convey? 5Even to imagine the scenario of texting while dying is enough to make your head spin.

SOUND OFF
What do you think? Email me at marcofreyjazz@gmail.com. I promise to read them in full.