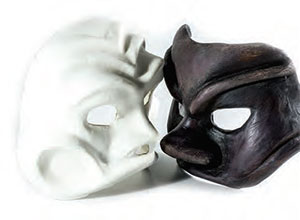 THERE ARE ONLY TWO KINDS OF PEOPLE. GOOD PEOPLE AND BAD PEOPLE.

It’s not a question of gender, race, religion, geographic location or wealth. Regardless of any of the aforementioned attributes, there are good people and there are bad people — it is just a simple as that.

Since mass media tends to favor negative news and underreports positive events, bad people get more publicity than good people. As a consequence, one could be led to believe that the world is going to hell in a hand basket.

Bad people are creating havoc, for obvious and sometimes for obscure reasons, but more often than not these acts make the headlines. Since in the beginning of time, there have been confrontations between good and bad, and guess what? The good people are winning.

It is unfortunate that there is not more of a balanced picture of the world in the news, because the constant parade of negative headlines without equally highlighting the good things that happen creates an atmosphere of negativity and fear — and sometimes panic.

I have no respect for fear mongering, whether the person is cyber bully, a politician or a terrorist. Human society at large is made up of good people, but good can’t win without standing up for what is right. Just like freedom is not free, good is not going to win over bad without pushing back.

It is, however, sad to see the crop of presidential hopefuls acting like World War III is upon us. Islamist extremism has been a problem for decades, and only an international collaboration on multiple levels can unravel the situation. In a country where we average a mass shooting a day, the San Bernardino attack should be put into proper perspective. We all painfully remember the 9/11 attacks and yes, we likely are going to be attacked again, but this is no reason to panic and no reason to lose sight of our long-term goals, which should be centered around global sustainability and not focused around a small part of the world where a very small group of very bad people are trying to steer us off course.

Why don’t we celebrate good and important news? Maybe it is our own fault that a Hollywood divorce gets more media attention than a scientific breakthrough that is awarded a Nobel Prize.

So, you ask, what is there to celebrate? The list is long and all you have to do is look beyond the obvious to see it. Here is a short and very incomplete list of recent positive events: Gas prices hit a new low; the U.S. is not nearly as dependent on imported oil as just a decade ago (which makes you wonder why we are squandering billions on our military presence in the Middle East); the U.S. economy is rebounding and the Fed lifted interest rates for the first time in eight years; Saudi Arabia elected 21 female representatives into the government for the first time in history; same-sex rights are being recognized; FIFA, the largest sports federation in the world, has rejected corruption and ousted its long-standing leaders; and scientist discovered a new phase of carbon, a new species of human ancestors, water on Mars, etc. Power solar wall batteries might enable us to be independent of the electric grid. Brain mapping is being funded to the tune of $7 billion, which could lead to cures for mental diseases. The Paris climate talks are just a beginning, but already strides are being made to combat global warming. The list goes on and on, but the point is that there are positive forces at work that often don’t get the attention they deserve. 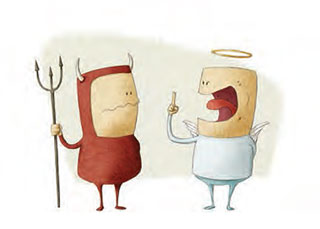 For my part, in 2016 and beyond I will continue to believe in the good. It is the only sensible way to live, and it is worth fighting for day in and day out.

May the positive force be with you!