“A lot of corporations offer big discounts,” said Mahieu, 77. “But they price [their services so high to begin with] that people are really getting nothing.”

In addition, he said, steep discounting can mean less revenue for local economies, and “that’s bad for everybody.”

Mahieu’s solution? Offering renters a pre-paid, time-limited credit card to use during their stays.

“We give them money they can use however they want — for gas, restaurants, tours, golf, margaritas, anything — anywhere you can use Mastercard,” he said. “This way, that money stays in the community.” 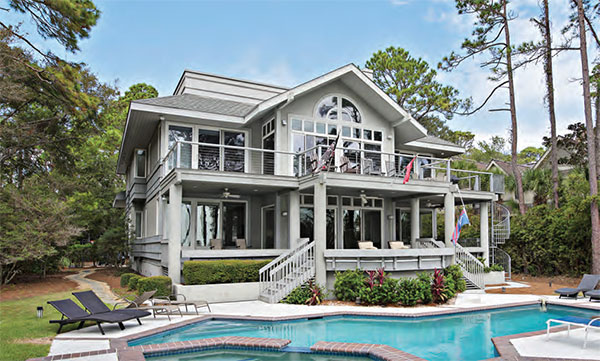 This win-win solution is an example of the entrepreneurial creativity that has helped Mahieu succeed in multiple fields, from broadcast journalism to marketing, advertising, political consulting for former French President Jacques Chirac, and a nearly two-decade career on Hilton Head.

Vacasa, the Portland, Oregon-based company that bought Resort Rentals from Mahieu in 2017, likes the idea so much that it’s been trying it with some of its other 10,000 vacation-rental properties.

Many in Mahieu’s enviable position would have retired after negotiating the acquisition of his company by Vacasa. But Mahieu enjoys his job and has always lived by his strong work ethic. Born and raised in Paris, he graduated with a degree in psychology from the city’s Sorbonne University. Following his first career as a television and radio journalist, he worked for French advertising giants Havas and Publicis.

Later, he was recruited by the CEO of the Omnicon Group, the American global communications and marketing giant, to oversee the company’s operations in France. Over the course of his 20-year career with the company, he was president and CEO of its French subsidiary and oversaw operations in Hong Kong. 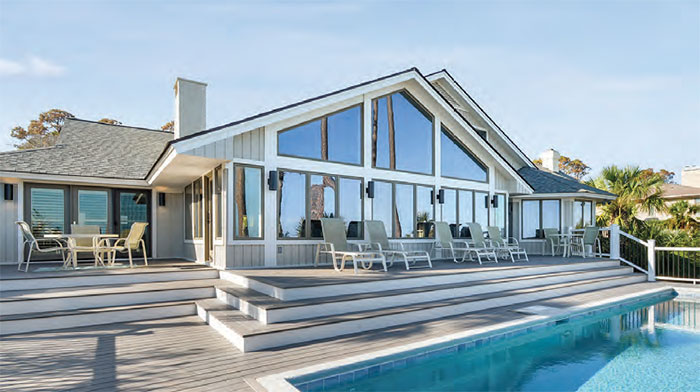 After years of business travel that kept him away from his family, Mahieu and his wife, French former pro tennis player Christine Damas, decided to make a change in 1999. They adored Hilton Head and thought it would make a beautiful — not to mention healthy — place to raise a family.

“Our son was 10 months old the first time we came here. He always had allergies in big cities, but every time he was here, he was in perfect health,” Mahieu said.

Mahieu invested in several condominiums before buying Lancaster Rentals, which had about 100 properties.

Having long believed that businesses have a responsibility to local communities, he kept all the company’s employees. Indeed, Mark Westbrook, the general manager, still holds that position today — albeit for successor company Vacasa. Hilton Head Resort Rentals is now one of the largest vacation-rental companies on the island, with some 500 properties.

Mahieu says he wanted to be able to leverage Vacasa’s higher internet profile — crucial to attracting younger clientele — and heftier bargaining power with online travel giants such as Airbnb, Travelocity and Booking.com.

“Five years ago, we were doing 10 percent of our business through direct (internet) booking,” he says. “Last year it was 60 percent.”

The internet era also has also made it easier for customers to examine photos of rental properties before booking, leading to reduced bookings on dowdier, outdated places. That shift inspired Mahieu to create a program through which the company will upgrade or “refresh” owners’ properties in exchange for a higher commission for two years.

Innovations like this have helped keep the business thriving.

“Bookings have gone up 30 percent on those properties,” Mahieu said. “Nothing is coming from the owners’ pocket and they are in better shape when they want to sell.”