We’ve all seen the Fuel logo, plastered on bumpers and rear windows of mud-caked trucks and salt-battered Jeeps winding their way around Lowcountry roads from one adventure to the next. We’ve seen Fuel-branded hats, shirts and socks — so many socks — on the heads, backs and feet of the Lowcountry’s many eternally young fun junkies.

The logo has become so ubiquitous with the island’s freewheeling youth culture that you have to wonder how a single retail shop managed to attract such a massive local following. The fact is, that logo stands for something much bigger than Hilton Head Island. 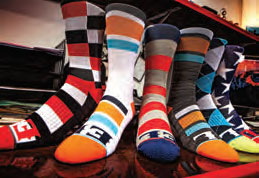 Fuel Clothing Co. signs off every Instagram post with #thebiggestlittlecompanyinamerica, and sitting in the spacious office of self-described “founder/slave” Shane Levi Gould, you start to see what that hash tag means.

Yes, his office is perched over a small warehouse space at the back of the single-room retail shop on New Orleans Road. But his reach is global: suppliers and customers in Europe, Asia, on the West Coast. You name a continent; if it has a mountain on it, you can bet someone is shredding its peaks decked out in Fuel clothing. If there is a motocross track, someone’s hurling himself across it with the Fuel logo on his back.

That’s right: Despite its local fame on a flat Sea Island, to the rest of the world Fuel Clothing Co. is by and large famous for its high-quality snowboarding and skiing outerwear and adventure sports branding. So what makes an action sports brand work on a sleepy island where the only thing extreme is the humidity?

“There were a lot of times where I thought we needed to be in California,” Gould said, his thumbs never far from the phone and his eyes never straying too far from the inbox as he sat in the nerve center of his operation. “But I can leave my keys in my car here … I can walk to work if I want. I can focus on one thing, and that’s making a good product.”

Besides offering a tranquil oasis from the world of action sports, Hilton Head has also given Fuel the classic “bloom where you’re planted story,” as this was where Gould founded the company, starting with $1,200 and a car he could sell Fuel gear out of.

The line of gear soon expanded, and the brand has continued to adapt to a changing market and mutate with customer demands. In fact, recently the fastest-growing segment in Gould’s multi-faceted brand has been the last one you’d associate with the action sports world: socks.

“In the last five years, it’s just blown up,” Gould said. The company’s tech performance socks run the gamut from the humorous (“more” on one foot, “beer” on the other) to motivational (“get” on one foot, “rad” on the other) but the one thing they have in common is quality — something loyal fans recognize.

“They buy it because it’s funny, but it’s also a good sock,” Gould said. “If someone buys something like that and it falls apart, they’re never buying it again.”

Of course, the true fans sign up for Fuel’s Sock Karma subscription program, which donates a pair of socks to the homeless for every pair purchased. Beyond philanthropy, another factor that has propelled the performance sock line is the private label business Fuel has been pursuing, flushing out its brand with specialty socks for the likes of FedEx, Lowe’s, Corona and a slew of NASCAR teams.

“Our brand is action sports and we keep ourselves there,” said Gould, explaining that the majority of brand sponsors came through athletes and teams that both Fuel and larger brands sponsored. “We’re not far off from where started on day one… We evolved because our athletes evolved.”

And as the biggest little company in America prepares to turn 25 in April, you can tell that Gould has treasured each moment of the constant hustle that took him from $1,200 and a trunk full of merch to a global brand dominating the action sports world.

“There are a lot of people out there that say they have a vision. But do they have the work ethic to go through those (bad) years to get to the good ones?” 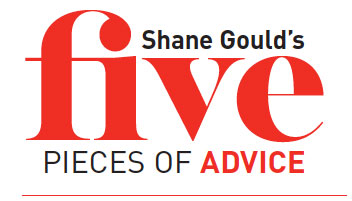 1. Don’t Do It: No joke, the apparel game is very tough and always changing.

2. Honor Your Gift:  Have a gift first, and then find out how to use it.

3. Do Your Homework: Know your marketplace and distribution before you start.

5. You Only Live Once: So don’t wait for anyone to give success to you.