You never know who you might meet in life. It could be someone who can change your life for the better overnight.

This happened to Chris Williams, a 42-year-old recently retired Marine Corps gunnery sergeant and three-time Purple Heart recipient. It didn’t happen during one of his seven deployments overseas in war zones. It happened here in the Lowcountry last fall when he met Mark Peterson. 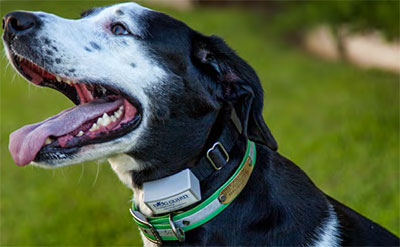 Peterson owned Dog Guard of the Lowcountry, a national dealership that constructs and services invisible fencing for homeowners to protect their dogs. He also founded and hosts an annual hunt event for disabled and wounded veterans.

For many years, Peterson has reached out to Marine Corps Recruit Depot Parris Island for an active Marine to assist in recruiting fellow Marines as volunteers for the hunt. At a planning meeting last fall, Peterson talked with Williams about the hunt — and a possible business opportunity.

“He was my go-to guy on Parris Island for our 11th annual wounded warrior hunt,” said Peterson, who lives in Okatie with his wife, Holly. The 12th annual Wounded Warrior & Wheelchair Hunt, sponsored by the Safari Club International Low Country chapter, will be held Oct. 31-Nov. 1.

But first, the back story. Peterson and his wife became the exclusive local dealers for Dog Guard in 2002. Initially, they were clients of the company, and they loved the system and wanted to take over the eight-county exclusive territory if the franchise became available. It did.

Two years later, they founded another company — Superior Sharpening Services — and both businesses were humming along for years until the recession hit in 2008. Dog Guard tanked, but revived a couple of years later as the economy turned around. Their sharpening services venture never faltered.

In fact, Superior Sharpening Services was doing so good that it was consuming most of the couple’s time. They decided to sell Dog Guard and attempted to do so three times, but couldn’t wrap up final negotiations to complete the transaction.

With Peterson’s growing attachment to the Marines involved in his charitable disabled and wounded warriors hunt, the couple made an “executive decision” over breakfast at a local Cracker Barrel, Mark Peterson said.

So on the fateful day last fall, after talking details about the hunt, Peterson started talking about his business.

“I commented to him that I had been dealing with the wounded warrior regiment trying to find an appropriate candidate to donate the dog business to,” he said. “He kind of raised his hand and said, ‘I might be interested, I’ll be retiring in May. So we started talking with him about it.”

“I was getting ready to retire and really wasn’t sure what my next step would be,” Williams said. “The idea of becoming my own boss was very appealing to me.”

Williams, a Massachusetts native, said he was “pretty shocked and surprised” about Peterson’s plan to turn the business over to him — and skeptical. After all, he knew nothing about the company and had to support his growing family.

“We had just found out my wife was pregnant with another baby (our third),” Williams said. He and his wife, Jessica, both of whom are dog lovers and have two at home, talked about the opportunity for a few days, sat down with the Petersons for a wonderful dinner, and decided he was “pretty excited about doing it.”

“My wife said to me, ‘Why don’t you go ahead and try it because down the road you might be wondering, ‘What if?’” Williams said.

So, for the next couple of months Williams tagged along with Peterson on fencing projects when time allowed, began learning the inside and outs of the business, and grew increasingly confident in his abilities and desire to take it over full time.

“I didn’t actually hire him,” Peterson said. “He worked with me on jobs as he was able to while still on active duty so he could experience it and see if that was something he wanted to do. Pretty quickly, he decided it was.”

As 2016 was moving toward spring, another fencing job was ordered, and Williams called his boss. “I called Mark, did the estimate myself and told him I’m ready to do this one myself,” he said. “I don’t need the old man standing over me.”

Peterson knew the time was ready to turn over the keys.

“We wanted to make sure that whoever we donated the business to that we were confident that they would take care of our existing customers and provide the quality of service that we always prided ourselves on,” Peterson said. “Chris is certainly that guy.”

The ownership exchange took place in April, Williams said, and the next month he retired from the Marine Corps after a 21-year career.

“It was something I really enjoyed … and here I am today,” Williams said. “Business is pretty good, steadily increasing. The customers I’m getting are so pleased with me and how willing I am to meet all their needs and bend over backwards to do whatever I can to make sure they’re satisfied and can refer me to all their friends. I believe if I take care of my customers, they will take care of me.”

Williams’ attitude about his business clientele is a hallmark from his military days.

“As a leader in the Marines, I believed, take care of my Marines, believe in troop welfare and take care of them no matter what the situation,” he said. “They can count on me. When I need them, they’ll be there for me.

“A lot of things military carry over to the business side,” he said.

Williams, who considers himself the “luckiest man alive,” said he and his wife and their families have always had to work hard for everything they have. That’s just the way it was.

Then the Petersons entered their life.

“The gift that Mark and Holly have given us has been a total blessing,” he said. “It’s going to give me the means to provide for my family better than I ever thought I could do. I’m forever grateful to Mark and Holly … I consider Mark and Holly like family.”