The past 60 years have seen, to put it mildly, incredible change on Hilton Head Island. And Coligny has been there through all of it. Starting as a single corner market, Forest Beach Market, Coligny’s story begins on an island with just a single-lane dirt road and no bridge. Just six short decades later and that little market has kept pace with the island’s growth to serve as downtown to a bustling resort paradise. 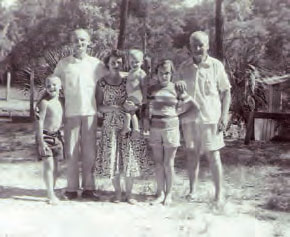 A journey like that deserves a celebration. And Hilton Head Island’s downtown, home to some of the island’s best dining, shopping and entertainment, has put together a 60th birthday blowout of historic proportions.

The festivities kick off Sept. 12 with a daylong extravaganza that people will be talking about until it’s time to start planning the 70th birthday. 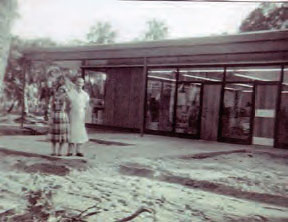 Monty Jett, an island icon in his own right, will serve as emcee from 4 to 7 p.m. at Coligny’s center stage, keeping the fun rolling, leading the crowd through shag lessons and handing out prizes from Coligny’s shops and vendors.

“The beach is a huge part of Coligny’s past, present and future,” Richardson says. “So we’re excited to get the crowd dancing to the best beach music. And we’re even more excited to see how all of our shops have come through in providing some amazing prizes.”

Some of those amazing prizes will be doled out through an exciting raffle (you don’t need to be present to claim your prize, but really, there’s no reason to be anywhere else during the biggest party of the year). And a grand prize will be awarded through a drawing on Coligny’s website, where you can play along in an interactive throwback bingo game. 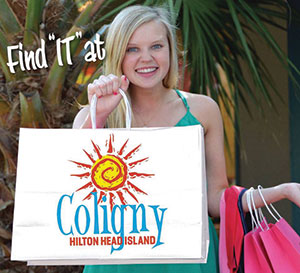 Head to www.ColignyPlaza.com and you’ll find yourself immersed in an exciting interactive game that blends views of Coligny’s past and present, touring you through the many shops and attractions of Coligny as you try to fill your bingo card. Spell out bingo, and you’re entered for a grand prize that includes five nights at Holiday Inn Resort Beach House, plus an astounding Coligny prize package worth thousands in dining, shopping and entertainment at Hilton Head’s downtown.

“We’re really excited about the interactive bingo game,” said Leslie Richardson, JR’s wife and cheerleader of Coligny. “This really gives people a chance to make their way through Coligny and get to know each of the stores who have made this such a special place.”

Not that folks need much of a reminder of how special Coligny is. The thing about having a 60th birthday party is you have to have been around a while, and as far as Hilton Head Island goes, Coligny’s been there from the start.

“There was just a single lane of dirt road on the island when my father, Norris Richardson, arrived with an eye to build the island’s first grocery store,” said JR Richardson, whose father brought him to the island in 1955. “We shipped all the materials to build Forest Beach Market by barge.”

JR added with a chuckle, “One of our first customers was Charles Fraser, a young man who was at that time building this place he called Sea Pines.” 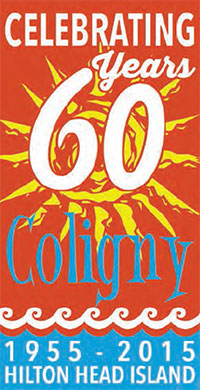 Forest Beach Market would eventually expand, forming the nucleus of a downtown for the tiny island that featured a barbershop, ice cream parlor, the island’s first pharmacy and the south end’s first post office. It eventually became Coligny, birthing a mission to serve as Hilton Head Island’s downtown that JR and Leslie carry on to this day.

“It’s humbling to have been a part of this special place that has called the island home for 60 years,” said Lois, Norris' wife and JR's mother. “And I’m tremendously excited about the birthday party we have planned. This is going to be something truly special. And JR, Leslie and I will be there to cut the cake.”

It’s been 60 years since Forest Beach Market opened its doors, ushering in a new era in the island’s history. On Sept. 12, those 60 years will be honored in true Coligny fashion: with all the fun and excitement you’ve come to expect from Hilton Head Island’s downtown.

Come by to celebrate with the Richardson family, come by to win and come by to enjoy a slice of Hilton Head Island's history.