It was his 50th birthday. Tony Arcuri and Jim Loniero convinced the glue behind the SERG Restaurant Group’s “Three Amigos,” Steve Carb, to take a rare couple of days off from making the rounds to his restaurants for an extended weekend trip to Costa Rica to celebrate. 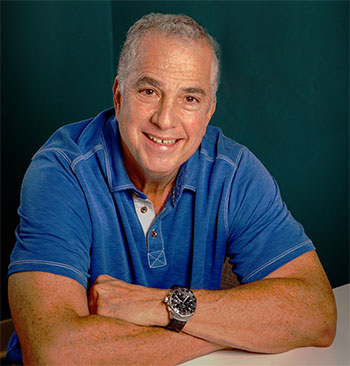 Arcuri made the headline memory of the getaway with a near-death plunge over a narrow, steep roadway during the group’s motorcycle sightseeing caravan (saved only by a rock ledge, a miraculous tree limb that caught his hog and a backhoe procured by Robert “Moose” Rini).

But for Loniero, it was another adventure on the trip that always stuck with him.

“We were setting out in a van for Jaco Beach and we’re winding through roads with more goats and chickens than cars. All of a sudden, Steve yells at the driver, ‘Stop!’ We’re all thinking he was trying to save some livestock. No, Steve saw this garage with no roof and this woman surrounded by cows and horses roasting chickens on a spit made of cinder blocks.

“He looked at us all and said, ‘I bet that is the most amazing chicken we’ll ever eat,’,” Loniero said. “Steve goes over, introduces himself and waves us to get out of the van. We end up having the feast of a lifetime while we’re learning all about Costa Rican culture from this woman. That right there was quintessential Steve. He loved people, loved food and was always doing research.”

Carb passed away on Oct. 8 at the age of 63, three years into an early on-set dementia diagnosis and after six months of valiantly battling cancer. The SERG Restaurant Group visionary had just marked 40 years since arriving on Hilton Head Island, and to close friends and long-time patrons alike, he was the food and beverage equivalent of Charles Fraser.

“Charles put us on the map as a resort community, and Steve made it his life’s passion to serve and entertain all those visitors,” Rini said. 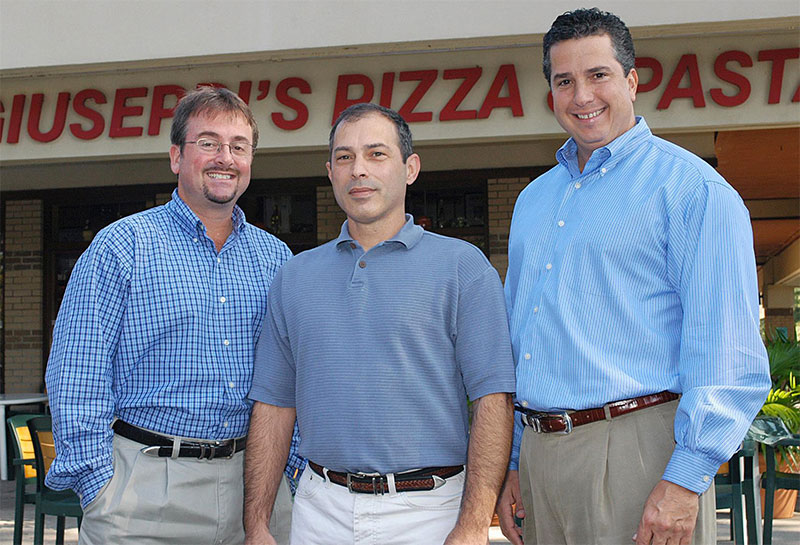 “Dream Big. Work Hard. Stay Humble.” It’s not just one of Carb’s favorite Facebook posts but how he led his life. Many in his inner circle said Steve wouldn’t be a fan of the flood of posthumous stories on social media recounting what one commenter deemed his “legendary personal and professional greatness.”

“He wasn’t much for accumulating praise, was much more comfortable giving a compliment than taking it,” Loniero said of Carb. “He was proud of what he did, but he was much more excited about the next thing, the next project. So no, he’s likely looking down on us saying, ‘Enough already.’”

Carb was Pittsburgh through and through, a diehard Steelers and Penguins fan and the epitome of the city’s blue-collar toughness and ingenuity.

“We were schleps, always hustling, always thinking of a new business idea,” said Arcuri, his teenage running mate in the Steel City.

Carb’s older brother, Barry, owned a liquidation company in town and schooled Steve on the art of the deal. As a teen, he found his first dream slinging pizza dough.

“I knew right then and there I wanted to own a pizza place,” Carb once said. “And I knew I wanted to be done with snow, (and live in) a sunny place I could plant a flag and share my idea of the perfect pizza.”

Hilton Head Island was that place. He came to the island in 1982 and became a fast learner and near-instant fixture in the real estate scene. Yes, he had the mind for flipping properties, but more than that, he knew it was the quickest means to earn money to support his endgame.

He convinced Arcuri to join him in the Lowcountry and soon after opened Giuseppi’s in 1984. Thus began a four-decade run of culinary innovation and a company that evolved into the largest employer on the island, with more than 1,300 employees in 19 locations.

A pattern emerged in his admirers' sharing their favorite Carb stories, four pillars to his unparalleled success. The first was a never-ending pursuit of menus. Long before they were available digitally online, Carb traveled the country looking for creative dishes to add to his own menu.

“We went to so many places, ‘borrowed’ so many menus,” said Rini, a fellow Pittsburgh native who first met Carb working as a busboy at Giuseppi’s. The two went on to become decades-long best friends — Rini was Carb’s fun whisperer, the guy able to pry him away from the restaurants for a Steelers or Penguins game or a quick four-wheeling trip in the north Georgia mountains. Rini estimates he must have brought 500 menus back from their journeys.

“I think I could match that number,” Arcuri said. “He just thirsted for knowledge, for what he could bring from other places. He was a menu addict.”

“Anytime I went out of town, I’d always get a text from Steve asking to bring home menus,” said business partner Todd Offen. Arcuri and Carb started a new venture in 1992, Express Restaurant Delivery. Offen started as a driver for Carb before buying the business in 1995.

That brings us to the second pillar: Sharing the wealth. Carb was a master at identifying talent, a selfless business mentor who believed the key to long-term success of his company was giving a stake in the business to those who worked hardest. The bartender-to-business exec pipeline is a signature of SERG, from Chris Spargur at Skull Creek Boathouse, Tony Chism at WiseGuys and Paul Norris at Marley’s to Alan Wolf, Carb’s successor as SERG Group president.

“We believed in it from Day One, that’s just in our blood. We thrive when you give others a hand up,” Arcuri said of their partnership approach. The edict gave countless dreamers the ability to plant Lowcountry roots and thrive long-term in an industry that often creates a transient workforce.

The third pillar was humility before greatness, a mantra Arcuri, Carb and Loniero all learned in the same college fraternity.

For every story you’ll hear of Carb’s giving nature — the $400 he loaned Rini to get his real-estate license, paying for Arcuri’s honeymoon or countless donations to charities like Hilton Head Humane in honor of his beloved pups, Frankie and Sheldon — his closest friends say there are 50 acts of kindness never publicized and plenty of unpaid debts across the Lowcountry.

He rarely dined out on the island, preferring Arby’s takeout to stealing a seat or table that might rob diners of the best meal of their lives.

So many people have shared meaningful encounters with Carb, many saying Steve told them to slow down because life is too short.

“He didn’t get married or have kids, but he lived a very full life his way. He saw every employee, every loyal patron as family,” Loniero said.

He was as averse to collecting possessions as he was to collecting debt. He had but one epic horde in his life, the fourth pillar: a mountain of yellow legal pads. Everywhere he went, Carb was always taking notes. Even as smartphones replaced pen and paper, Steve likely kept many Staples open with his pad purchases.

“He’d come over to watch Steeler games with the pad, jotting down a cool concept from a commercial. At a wedding on the beach he’d always have a pad at the ready,” said Loniero, who read his eulogy from a yellow pad at Carb’s memorial.

While many titans of industry believe in making trophies out of the corpses of competitors, Carb valued competition, respected the battle and knew he was better off from the fight. 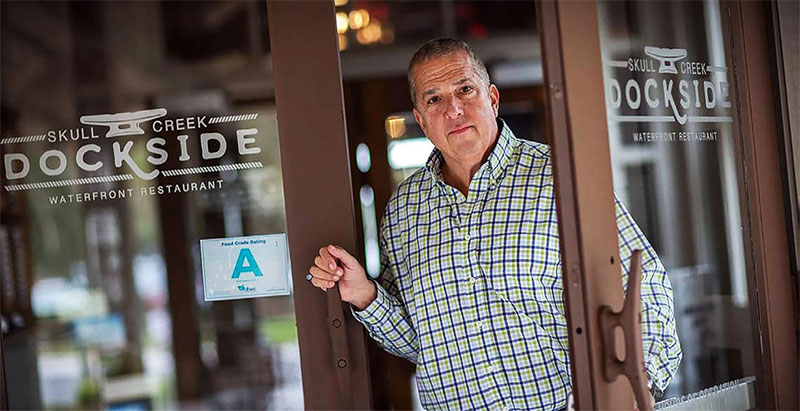 Carb wasn’t just an innovator, he was an inventor. In his pursuit of presenting flawless pizza to his patrons, he invented a synthetic pizza dough in 1991, Throw Dough, designed to give budding pizzaiolos a way to practice pizza tossing. To this day, world-champion dough throwers credit Carb for inspiring their wizardry.

He was funny, genuine, quick-witted and, did we mention, loyal.

DoorDash and Uber Eats were exploding as he was forced to step aside to focus on his health. While the innovator in him loved a winning business model, one of his final mandates was a firm reminder to fellow execs of the roots behind their success.

“He simply said, ‘We already have a delivery service,’ ” said Offen in a beautiful online tribune, just one of the thousands of friends Carb stood behind in his time on Earth. “I am glad you are no longer in pain and in a better place now. Whomever you are surrounded by today is in a better place because of you.”

The family asks that donations be made to Hilton Head Humane or to the Association for Frontotemporal Degeneration (aftd.org).