Live Art. Love Art. Learn Art. That’s the motto of Art League of Hilton Head, currently celebrating its 50th anniversary and hosting a celebratory gala at the end of the month.

Everyone — residents and visitors alike — is invited to attend, which is a sentiment that extends to their numerous programs and classes as well.

“You don’t have to be an artist,” insists Kristen McIntosh, General Manager. “You can just appreciate art.”

Sprouting from an informal gathering of nine people at 1971, the Art League has matured into a premier visual arts organization that offers everything from classes and workshops to guest lectures and receptions by renowned artists. the Red Piano Gallery, spearheaded by artist Walter Greer in The first “official” meeting was held on May 24, 1972, followed by an outdoor show at Harbour Town the following spring. Robust community support pushed membership to explode from 30 to 300 by 1976. 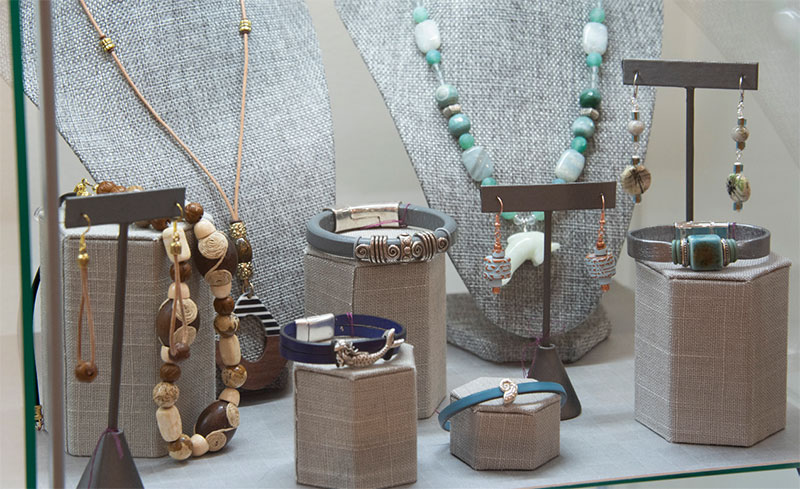 Thanks to a generous donation by Joe Fraser, the Art League opened its first gallery in 1984 in a storefront next to Forsythe Jewelers in Sea Pines.

Expansion and relocation became the trend for the next few decades, including moves to Sea Pines Plantation Center (1993) and Pineland Station (2000).

In 2003, the Art League opened the Art Academy on Cordillo Parkway, where it continues to hold classes, and in 2010 the headquarters and Art Gallery moved to its current location inside the Arts Center of Coastal Carolina.

Rosemary Kimball, who got involved with the organization 27 years ago after retiring here with her husband, has seen the evolution firsthand. 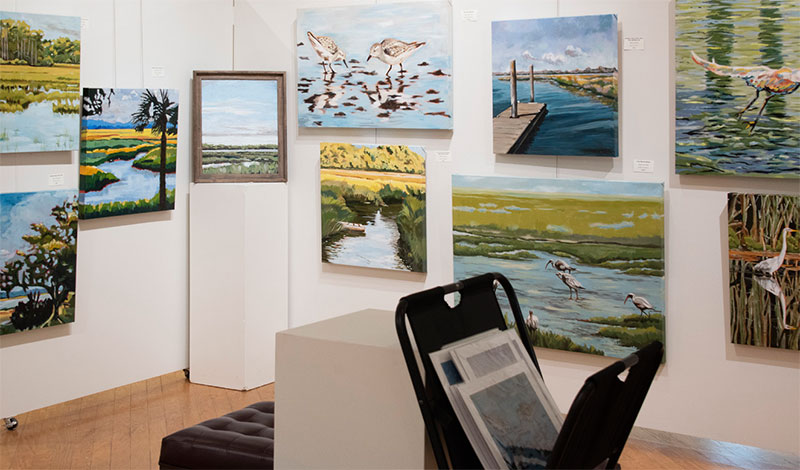 “When I joined the Art League, it was in Sea Pines Center, and I took some classes. I volunteered once a week and pretty soon I was the gallery manager,” she said.

Eventually serving on the board for eight years, Kimball fondly recalls some of her favorite events.

“We started the Fabulous Fakes, where artists copied originals by famous people like Monet and Picasso,” she says. “Then they’d make a slight change to it — maybe adding a necklace or the Art League logo.”

The paintings were then displayed and sold as a fundraiser.

“It was a very unique and well-attended event,” she adds. “We also used to do boat cruises and dinner parties, as well as art studio tours.”

Kimball says one of her greatest joys has been meeting so many talented people, including artists Ray Ellis, Nancy Wittke, and Suzanne Plowden. 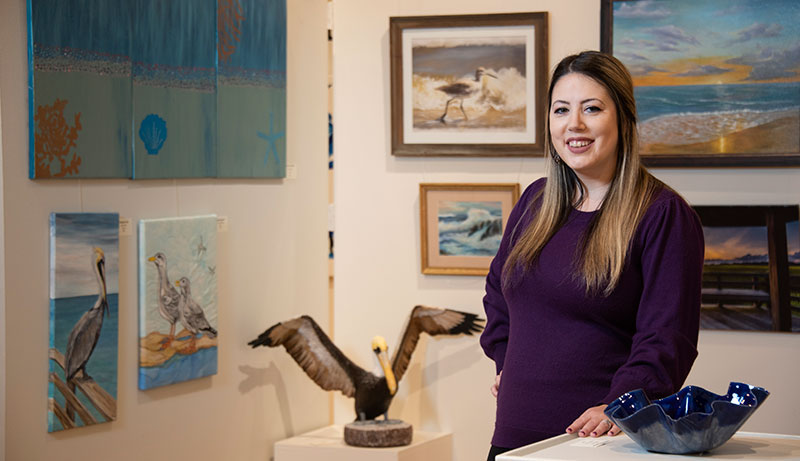 “I love the camaraderie,” she says, adding that she got to know founding member Walter Greer quite well and considered him not only a “good artist but a true Southern gentleman.”

Her biggest pleasure was “attending the receptions and watching student artists grow.”

She’s also grateful that a wall at the Gallery has been dedicated to Gullah art.

Although now living in New Jersey, Batten is still on the board and says she’ll always have an affection for the organization.

“It’s personal when you get to know the artists,” she adds, “and a great place to buy local art.”

Today the organization boasts nearly 500 members and is unique in that there is no jury process for displaying members’ art in the gallery.

“It’s a chance to take your hobby to the next level,” says Amy Wehrman, Manager of the Art League Academy. “There’s something for everyone — stained glass, painting, jewelry-making — and although everything is taught by professionals, classes are low-stress and very supportive.” 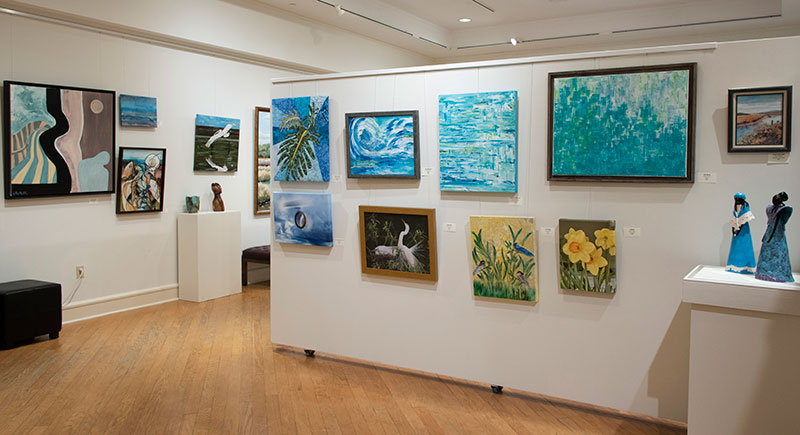 The spacious Academy is filled with long rectangular worktables as well as rental lockers where artists can store supplies, an extensive art library, and gallery space that rotates the work of instructors.

“Come January we hope to bring back our open studio,” adds Wehrman. “It’s a special place — an encouraging community.”

Janice Gray, chairperson for the Gala at the Sonesta Resort on Oct. 29, hopes more community members will get involved with the Art League and suggests joining the celebration.

“It’s a momentous occasion,” she says. “We’ve gone from all-volunteer to having a professional staff and heightened quality of artwork.”

In addition to dinner and dancing to the music of Deas-Guyz, there will be a video presentation, various raffles, and plenty of time to make new friends.