AFTER 25 YEARS, BARBERS OF THE LOWCOUNTRY CONTINUES TO EVOLVE FOR ITS CUSTOMERS

The question nagged at Brent Nelsen back then and continues to motivate him today: What can we do that nobody else is doing?

Nelsen, who runs Barbers of the Lowcountry with his father Lou, was looking for a way to grow the business in 2009. The shop had grown from launching in 1997 on Hilton Head Island to its new spot in Bluffton in 2007, but Nelsen knew it could be much more.

The shop had survived the recession, but Nelsen said the business was a “typical shop,”; it didn’t necessarily stand out. There was no marketing. 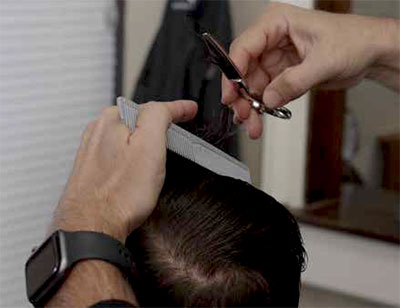 Nelsen, who had stepped away from the business for about a year, decided upon his return it was time to “make this bigger and better than it’s ever been.”

He asked himself, ‘What can we do that nobody else is doing?’ That question has guided Nelsen and his father’s vision ever since.

From bringing in a line of high-end Truefitt & Hill products, to offering straight-razor shaves (“We do it old school, the right way,” Nelsen said), and adding a men’s hair replacement division, to offering a gentlemen’s facial, and seeking input from medical fields to help ensure the health of their clients, the Nelsens have strived to always offer the best to their customers.

The thoughtfulness has been a boon to the business. Not only does it have a dedicated clientele, but last year the shop expanded into Beaufort and this April its first franchise location is expected to open in Pooler, Ga. There are plans to open franchise shops in Lexington, S.C., and Pensacola, Fla.

Nelsen said part of the company’s mission statement is to “constantly expand throughout the region.”

Barbers of the Lowcountry began thanks to the urging of the Tramuta family, cousins who own The Barber Shop. Lou was tired of working construction in New Orleans and said his cousin “talked me into barber school.” He learned the trade and eventually convinced Brent to give it a try. 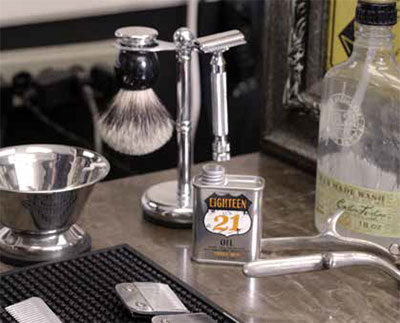 Brent was skeptical but he decided to go to barber school in Alabama. He quickly realized, at 18 years old, he had a “knack” for cutting hair. Combined with his ability to offer a straightrazor shave and cut a flat top, Brent enjoyed talking with people. He decided to join his father on Hilton Head and start the family business in 1997.

“We have a real good relationship,” said Lou, 74, who cuts hair twice a week in Bluffton and once a week in Beaufort. “He’s done a great job.”

Besides providing a welcoming environment (customers are met by a concierge and are offered refreshments, such as local beer on tap, wine, coffee, soda, or water), Barbers of the Lowcountry – which has a staff of 15 employees, including 10 barbers — looks out for the health of its customers.

Brent has invited medical professionals to speak at quarterly socials Barbers of the Lowcountry hosts. Dermatologist and urologists have offered advice to the staff and customer s. Brent said the dermatologists have helped staff identify possible worrisome spots on their customers.

The knowledge helped him encourage a client to have a spot on his head examined.

“He came in about once a month, and it took me about three times to remind him to go get this spot looked at,” Brent said. “Finally, right before (a recent) Christmas, he came in and he gave me a huge tip.”

The spot was melanoma. If the customer had waited longer, it likely “wouldn’t have been good,” Brent said.

“It’s things like that that are really gratifying,” he said. Barbers of the Lowcountry also participates in No-Shave November, which promotes cancer awareness. The initiative this year raised $600 for the American Cancer Society. 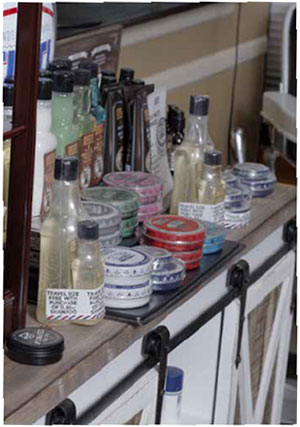 Giving back to the community is a central focus. A few years ago on the golf course, Brent and a few other barbers thought of the idea to host a golf tournament to benefit Bluffton Self Help.

The Clipper Cup was born. Now in its fourth year, this year’s tournament raised $3,100.

“As we started to become more successful, I started to look at ways to give back,” Brent, 47, said. “Bluffton Self Help provides help for the community and the opportunity for people to get back on their feet.”

“We wanted to give back to the community,” Lou said. “It takes so many people to make a barber shop successful.”

“We change with the times,” Brent said. “We are telling our customers that we are making the extra effort to provide the experience they deserve.”