9ROOFTOPS BLOSSOMS INTO A LEADING MARKETING AND ADVERTISING AGENCY

Creativity, it is said, is your intelligence having fun.

In Bluffton, creativity has a surprising hangout at the intersection of a cul-de-sac, a gravel patch and a couple of buildings with frumpy exteriors.

But look inside. That’s where the fun lives.

Pulsing to a motto of “Heart and Hustle” is the colorful command center of 9Rooftops, one of America’s most vibrant advertising and marketing companies.

It is not your workaday workplace. Some 75 colleagues on flex schedules share graffiti-enlivened cubicles, pet dogs, a commercial kitchen and a deluxe video and film studio.

Out of sight to most Hilton Head and Bluffton residents, the agency is top-of-mind for a growing number of diverse brand clients — from Coca Cola to Qdoba, Grand Marnier and the Pennsylvania Lottery. Among the many others: Whirlpool, Church’s Chicken, Barilla Pasta, Belle Tire and the South Carolina Department of Parks, Recreation and Tourism. 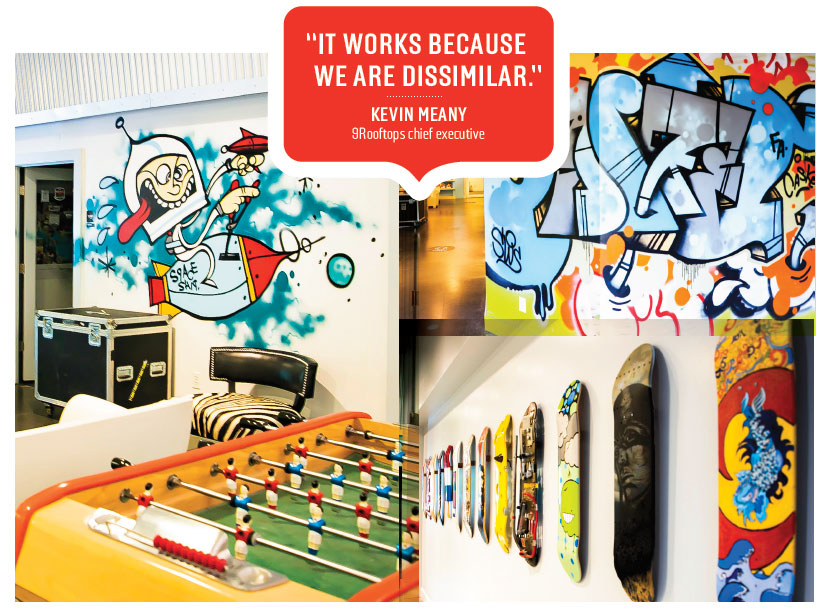 The company was formed a year ago by merging three agencies with offices in Bluffton and eight other cities (hence, the name “9Rooftops”). Today’s company has 280 employees in Bluffton, Pittsburgh, Chicago, Boston, Atlanta, New York, Birmingham, Baltimore and Miami.

The past year has been a success, said chief executive Kevin Meany, a New York native and former Californian and Minnesotan, who came to Hilton Head a quarter-century ago and launched an ad agency from his living room.

A self-described “contrarian” who “has never taken a management course,” Meany said the Covid pandemic made the merger of three agencies with far-flung offices “a special challenge.”

It has been a year packed with Zoom meetings and long-distance communicating, complicated all the more by work-from-home practices at individual offices.

“We are a very collaborative business,”’ said Meany, who earned a master’s degree in clinical psychology and was on his way to an advanced degree when marketing and advertising captured his heart and mind.

“Covid has changed our industry. I do believe we are better together when you can see the smiles or frowns that have been behind masks for the past year.”

The merger combined Meany’s BFG company with Pittsburgh-based Marc USA and BLR of Birmingham, Alabama. Each brought different ingredients to the table, with Marc specializing in data science, analytics and digital media and BLR focused on the health care industry.

“It works because we are dissimilar,” said Meany.

Added Scott Seymour, executive vice-president and creative director: “It was like pieces of a puzzle all fitting together,” he said.

The pieces came together nicely, with 9Rooftops gaining valuable business during the pandemic. Among clients served in the past year have been Facebook, Burger King and Microsoft.

“We are having a good run,” said Seymour, who was persuaded by Meany to leave New York for Hilton Head when Meany launched his original company, BFG Communications (think: Beverage & Food Group).

Meany and his wife had been looking to relocate from New York more than 25 years ago. A tour of the South included Charlotte, Charleston and Jacksonville, before they stopped to see Meany’s parents, who were vacationing in Sea Pines Plantation.

The couple was sold on Hilton Head and promptly sold their New York home. In the years since, they raised two children and moved from Indigo Run to Windmill Harbour, not far from the 9Rooftops location.

“It sure beats ice fishing in Minnesota,” said Meany, who has shifted from surfing to boating and restoring classic cars. His pride and joy: A 1955 Porsche Speedster.

Hosting the BFG – and now 9Rooftops – has paid dividends for the community.

More than a decade ago, Meany provided marketing and creative support to a foundation established by Robert DiCarlo of the Beaufort County Sheriff’s Department. In some 10 years of operations, the No More Diabetes foundation raised nearly $1 million for juvenile diabetes research and development.

DiCarlo, now a master sergeant, met Meany when he visited the ad agency’s offices to clear up phone problems that resulted in errant 911 calls.

“One thing led to another,” said DiCarlo. “Kevin offered to help the foundation and he did all he could for us. He was with us every step of the way after that.” 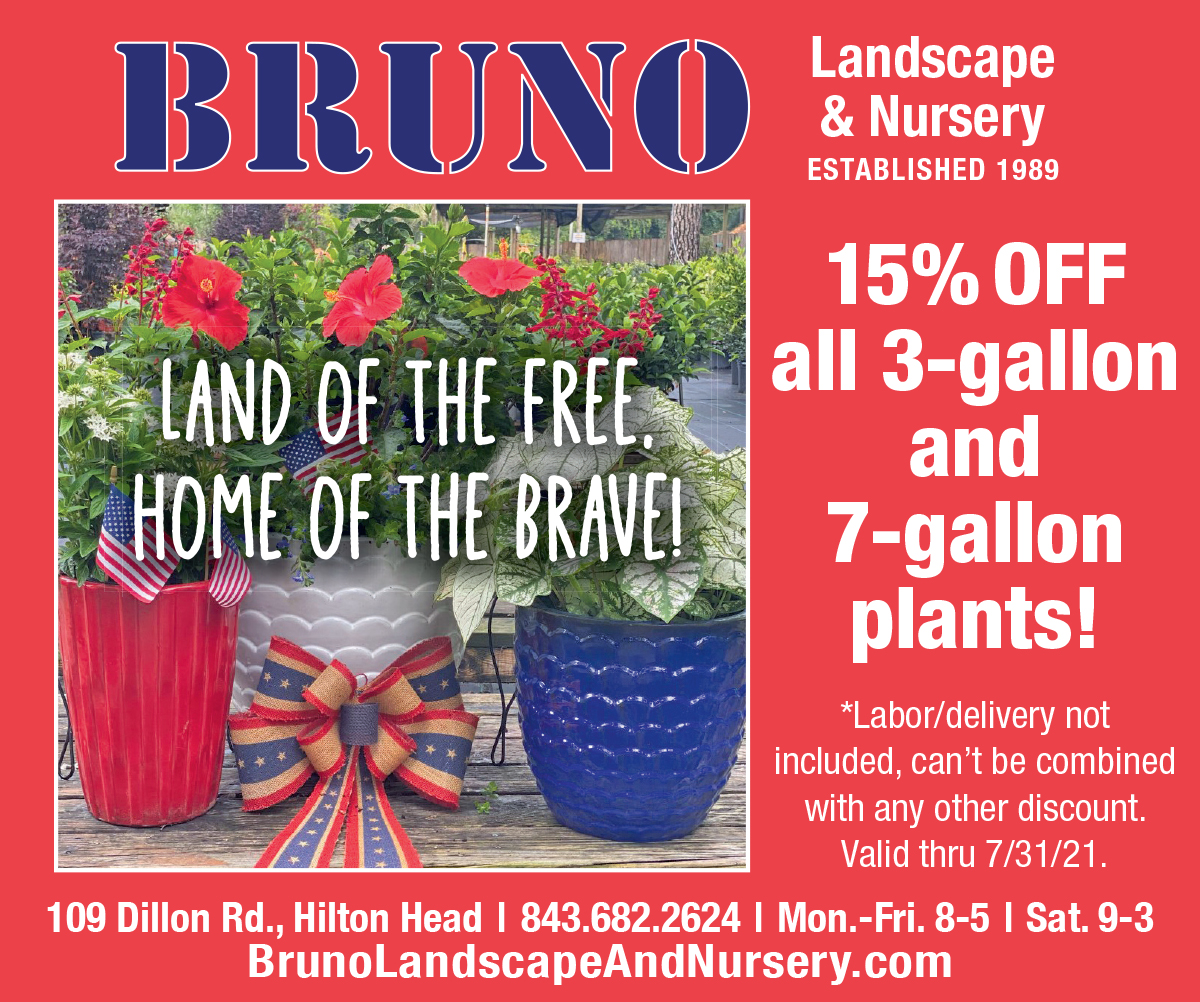