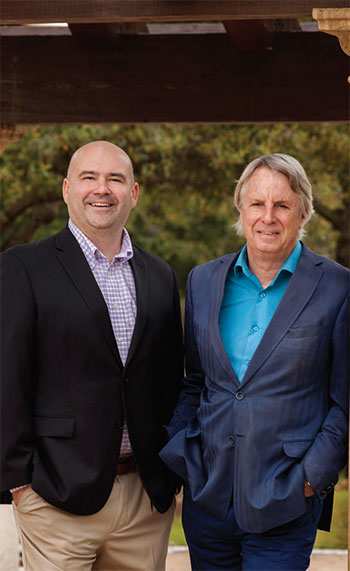 When Walter Czura decided to launch a billboard advertising company on Hilton Head Island three decades ago, he did so armed with a vision and a plan. Forget that he had no staff, not a single billboard to offer clients, and plenty of competition in a growing outdoor advertising space.

Yet Czura rolled up his sleeves and went to work, launching Marlin Outdoor Advertising in the mid-1980s. Now, 30-plus years later, Marlin Outdoor hosts billboards that can be seen throughout the South Carolina Lowcountry and beyond.

Marlin Outdoor, which now has five full-time employees, boasts more than 1,000 billboards in South Carolina and Georgia. The company works with local and national businesses looking to deliver their messages along major arteries including Interstate 95, Interstate 26, Interstate 77 and Interstate 16 as well as on many local and rural roads. McDonald’s, Cracker Barrel and KFC advertise with Marlin Outdoor, and local clients include Hilton Head Boathouse, Fat Baby’s and S.M. Bradford Co.

“Walter grew this business from the ground up,” said Will Settle, vice president of sales for Marlin Outdoor. “We are not your typical corporate billboard company. We can get a client’s message up in just a couple days from signing the contract.”

WE ARE NOT YOUR TYPICAL CORPORATE BILLBOARD COMPANY.

– WILL SETTLE, VICE PRESIDENT OF SALES FOR MARLIN OUTDOOR

Considering the growth of digital advertising that has adversely affected many “traditional” media outlets during the past decade or so — including outdoor advertising companies — Marlin Outdoor’s sustained strength and growth is impressive. While many national companies have transitioned to digital billboards that feature multiple rotating ads, Marlin Outdoor has remained committed to its roots, opting to stay with static billboards that promote a single business for at least a month at a time.

“It’s gotten very crowded out there,” Settle said. “We have a lot of companies that have moved away from the digital boards because they realize how many people their message is missing when it gets changed for another advertiser. Our business model is to stay with static boards, and I don’t see that changing.”

That’s not to say that Settle and his team are afraid to push the envelope with their messages. The company raised eyebrows with billboards for online dating site Ashley Madison that were placed between Charleston and Columbia. But family values triumphed when Marlin Outdoor employees sponsored a billboard celebrating the first girl born into the Settle family in 137 years when Will welcomed daughter Carter Louise. Several years ago, O.C. Welch hired Marlin Outdoor to create a billboard offering a significant cash reward from information pertaining to a murder in the Lowcountry.

“We’ve certainly been willing to put some of the more stranger billboards up from time to time, within reason” Settle said. “Some of that creativity has gotten the company significant coverage.”

Settle says his employees at times face unusual challenges when installing the huge vinyl advertisements. From dangerous wildlife — including alligators — to aggressive pets and even angry residents who live close to a billboard location, the Marlin Outdoor group has just about seen it all.

“It can be a really interesting job when you are out in the field,” Settle said. “We’ve seen mosquitoes as big as hummingbirds and rattlesnakes that wouldn’t let us come down from the billboard.”