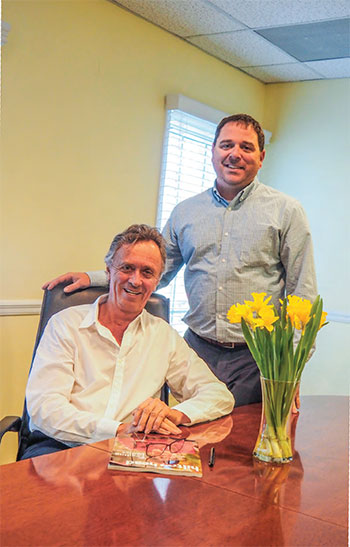 When David Crowell arrived on Hilton Head Island in 1996 to establish a Southeastern division of the Boston-based Mortgage Network, major off-island development was still a distant vision.

As the area’s largest mortgage provider for more than a decade, Crowell and his colleagues have witnessed a sea change in the local real estate market — and helped usher in an era of growth in Bluffton that is now spilling over to Hardeeville, with the planned Latitude Margaritaville and the East Argent tract.

“We’ve seen the transformation of the area,” Crowell said. “We’ve seen the growth of Bluffton from literally a hard-to-find dot on the map on the back road to Savannah to the economic engine for the area. It happened slowly but surely, accelerating over the past four or five years, and the tail is now wagging the dog.”

Crowell sees a parallel in his own company, which plans to open a Bluffton branch at Belfair Plaza this month. Crowell will maintain the Hilton Head branch, while Brian Neumann establish the new office and help Mortgage Network guide the rapid influx of potential homebuyers in the Lowcountry.

WE'VE SEEN THE GROWTH OF BLUFFTON FROM LITERALLY A HARD-TO-FIND DOT ON THE MAP.

“Businesses that have grown up on Hilton Head have seen a larger and larger percentage share of their business originating off-island,” Crowell said. “Like many law offices, banks, accounting firms, and other professional entities, it’s the right time for us to have a space in Bluffton.”

That’s good news for potential buyers in Bluffton and Hardeeville who need a full-service mortgage company to help them navigate a process that has become more complicated since the housing crash last decade. New regulations and procedures made it difficult for commercial banks to offer the expertise his company provides, Crowell said.

Crowell foresees continued growth in Bluffton and Hardeeville because of two overarching trends: the South Carolina coast is a magnet for a rapidly-retiring generation of baby boomers, and the continued growth of the Southeast as a burgeoning economic hub — as evidenced by the upcoming opening of the Jasper Ocean Terminal, estimated to bring up to 1 million jobs to the region by 2040.

Baby boomers are retiring at a rate of about 10,000 per day, Crowell said, and with coastal Florida already overdeveloped, more retirees are turning to the Carolinas as a “warm and wet” spot to settle down.

“The environment here is still very attractive, and this area seems to be providing very effective price points competitive with Florida,” he said. “Not just the multi-million dollar houses in coastal Hilton Head, but you’re going all the way to developments in Bluffton, Hardeeville and Ridgeland that can accommodate people who are retiring and looking for the $200,000 price point.”

The prices also are attractive to first-time buyers, and Crowell said the current environment is ripe for those buyers to enter the market with an array of mortgage products that are “as aggressive and accommodating as at any time during my 35-year career.” In the rare event that a prospective buyer can’t find a product that will fit their budget, Crowell said he can put them on a plan to get there in six to 12 months.

“If it’s not right for you to be buying right now, we’ll tell you,” he said. “When we’re doing our jobs right, we end up doing as much life counseling as we do delivering the dough. When you go into a bank lobby, you’re not going to get that.”