IS BITCOIN TOO GOOD TO BE TRUE?

Depending on who you ask about one of today’s hottest investing trends, bitcoin is either an even bigger swindle than the purchase of Manhattan or a one-way ticket to becoming rich.

Most local financial advisers don’t think bitcoin will have long-term value and are warning clients to stay away from it. But some adventurous Lowcountry investors are diving in.

Bitcoin was first released in 2009, but the currency only really gained mainstream popularity in 2017. The technology is still new and difficult to understand, and that’s a big part of why bitcoin’s value is so hard to pin down. And cryptocurrency has been plagued by scandal, hacks and crashes. 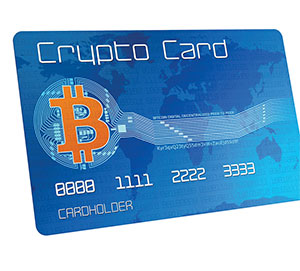 Like Shatz, many financial experts view bitcoin as the latest example of a classic hype cycle, similar to the internet frenzy of the 1990s and the speculative Dutch tulip mania of the 1600s.

Some investors — mostly early users — have realized large profits by trading bitcoin. In 2017, the cryptocurrency’s value soared from $1,000 to just under $20,000 before dropping down to around $13,000 at the end of the year. Since then, bitcoin has risen and dropped sporadically from day to day, dragging smaller cryptocurrencies like Ethereum, Zclassic and Ripple along with it. But those who take the long view said out that bitcoin’s worth is not only growing but accelerating, tripling in total value since January to more than $45 billion. The nature of cryptocurrency is that, on the whole, its value constantly increases due to it being a finite resource.

The demographic of bitcoin investors tends to be young and male. Bluffton High School sophomore Gabriel Tomitsuka, 16, is a self-described “computer geek” who started investing in cryptocurrency several years ago. He’s also making a small profit almost every day by “mining” it. The mining process involves running software that performs complex mathematical equations for which you're rewarded a very small portion of a bitcoin.

“The risk is massive. Don’t invest any money you can’t afford to lose,” Tomitsuka said. “But every time bitcoin had a major drop, it recovered within a year.”

Bitcoin is still not commonly used as part of transactions for goods or local services, but many online services accept payments in this form. Some people have even sold their homes to buyers who paid in cryptocurrency, while Bitcoin Magazine offers a long list of ways to spend the currency that includes everything from music downloads to gift cards and clothing.

The attractiveness of bitcoin as a currency boils down to freedom. The technology enables payments to be sent between users without passing through a central authority, such as a bank or payment gateway. Bitcoin is created and held electronically, not printed like dollars or euros. Computers all around the world, using free software, process snippets of code similar to virtual IOUs. This data is traded online using wallet software or an online service.

Bitcoin may turn out to be a colossal failure as a currency and an investment. But computer experts agree that the technology behind cryptocurrency — an algorithm called “blockchain” — has huge potential. Blockchain is not restricted to storing financial transactions; it’s designed in a way that it can store any type of data, leading to almost unlimited possible uses.